Morning With A Bison Herd

At the end of yesterday’s post, we had just caught sight of the bison herd. They were on a distant hill, so we set off on the trail that would take us near the area where they were grazing. About a mile and a half later, we neared the hill where they should be, but they were nowhere to be seen. They had gone down into a valley out of sight, but which one? We looked and waited. No sign of them. Finally we backtracked on the trail. After another quarter mile, we saw them again coming up out of a valley. They were headed right back where we started from. So we walked back up the trail to meet them. As they neared us, they decided it was a good time to rest and a large bull dropped to the ground for a dust bath. 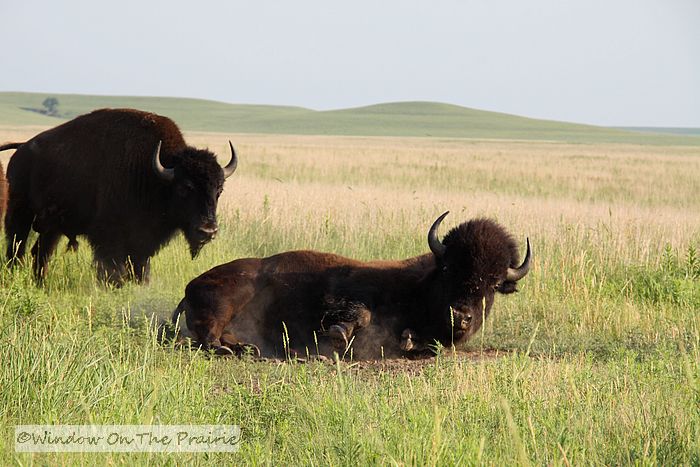 A cow decided to have a dust bath of her own. 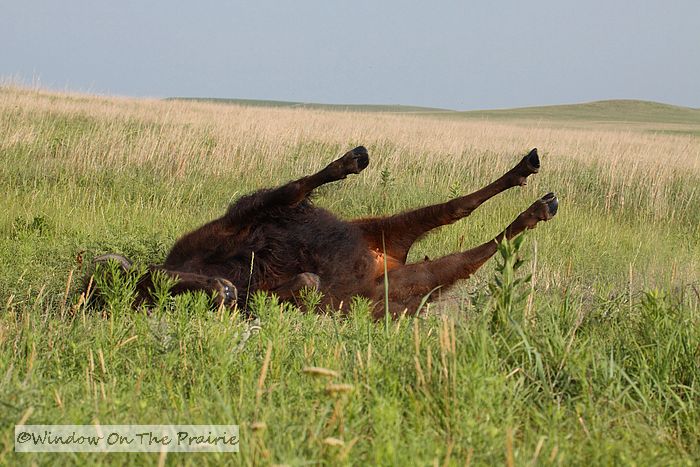 Another cow, her winter coat hanging from her in tatters, was very curious about me as she passed by. 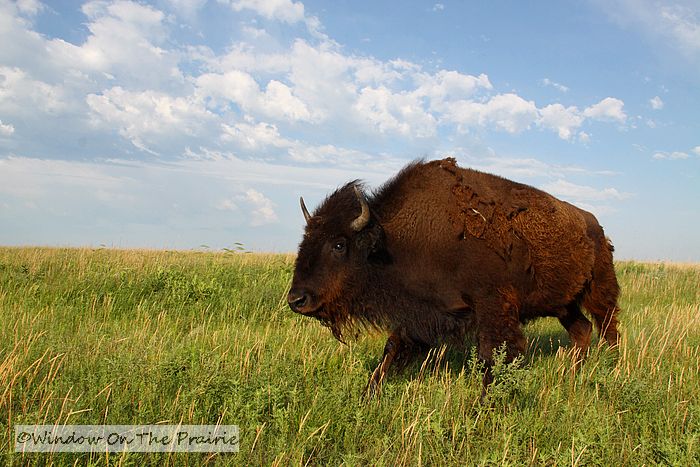 So she stopped for a closer look. 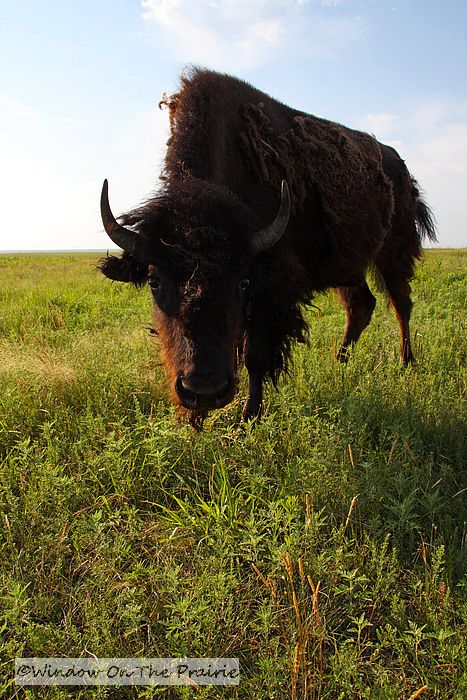 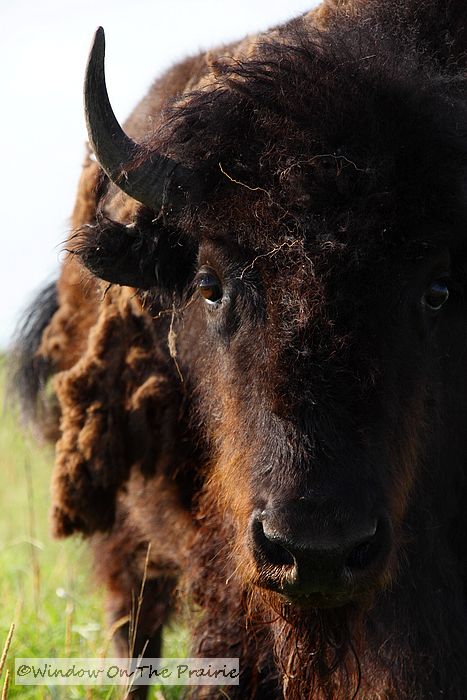 Her curiosity satisfied, she finally moved away, but kept looking back at me. 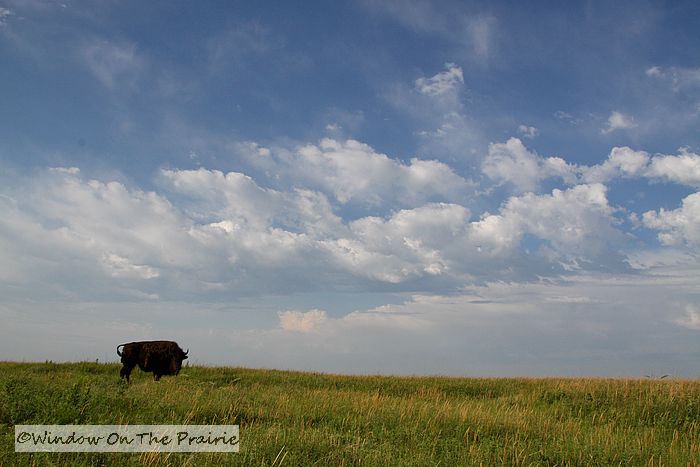 Meanwhile, baby bison was having her mid-morning meal and stopped long enough to take a look at us. 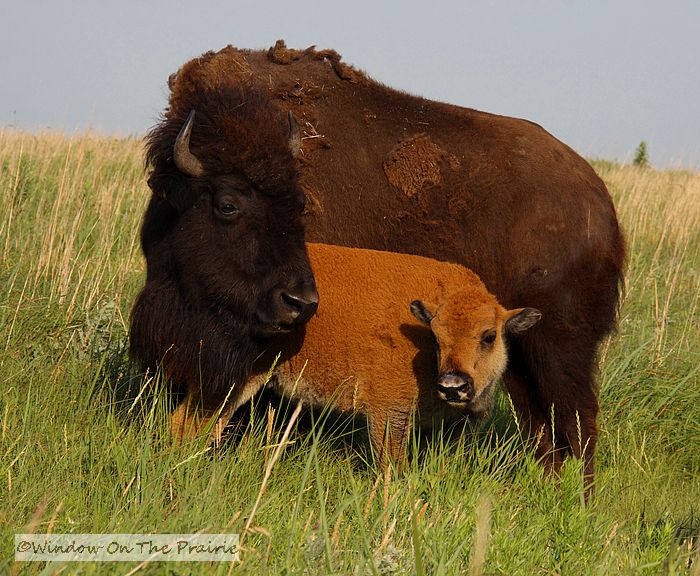 After her meal, she lay down to take a nap with mom standing guard. 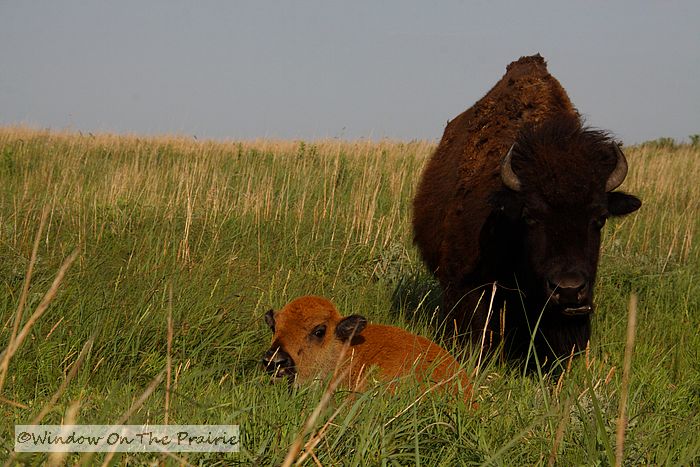 It didn’t take long in the warm morning sun for baby to doze off. 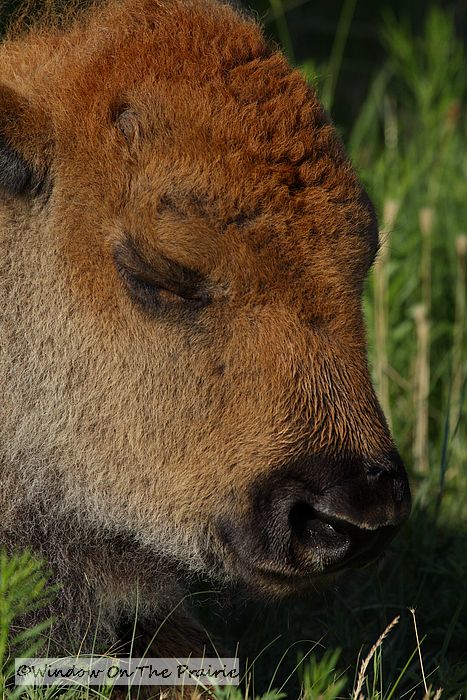 A short video of baby bison:

———>  Friday: Kitty’s favorite morning activity. And Kitty performs a gymnastic feat not for the faint hearted.

Tags: Morning With A Bison Herd