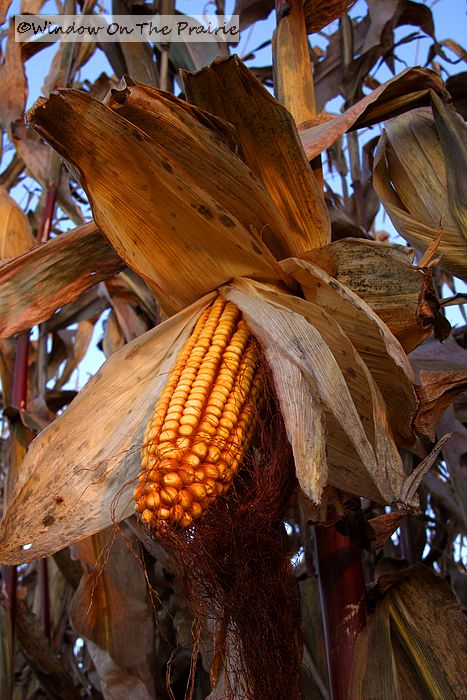 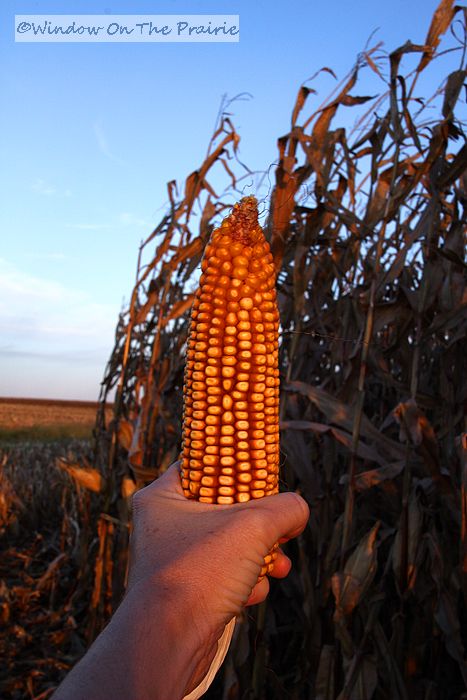 Back in April, I showed you how the corn was planted. Over the summer it grew up tall over our heads, tasseled, sprouted ears, and finally died of old age. When the corn kernels had reached an acceptable low moisture content, (there’s a little instrument that measures moisture content), Harland pulled the combine out of the barn, tuned it up and took it out into the fields. It was slow going at first as it just wasn’t quite as dry as he would have liked and required further drying in the grain bins.

Then, mid corn harvest, the soybeans were ready, so Harland switched out the corn head for a bean head 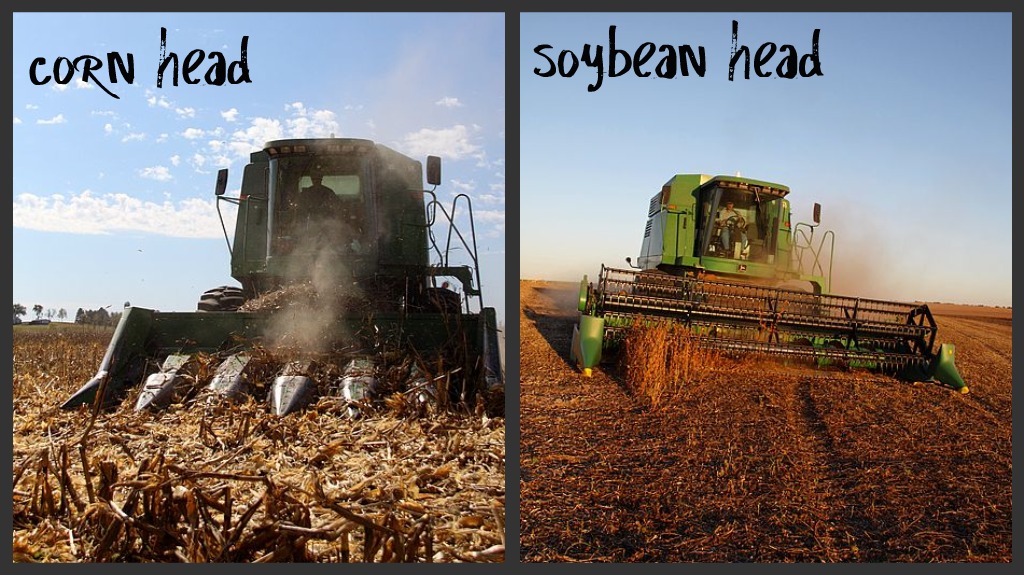 and harvested the beans.

By the time he was done with that, the corn was finally dry enough to finish. So he switched out the bean head for the corn head… again. 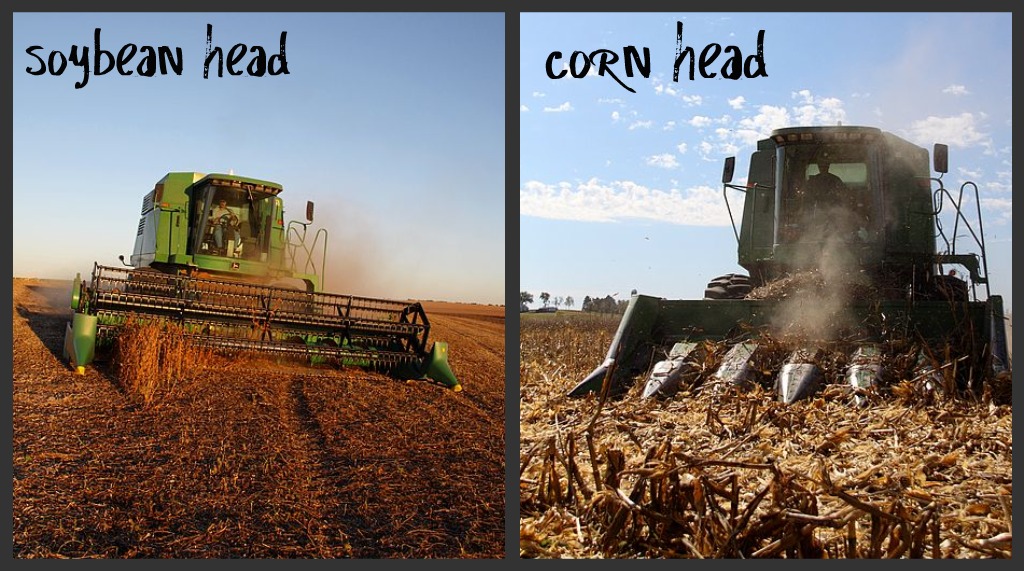 BTW, the front part (the head) of the combine can be removed and replaced for different crops. So the soybean head does soybeans and wheat, and the corn head does just corn.

These shouldn’t be confused with the bed head as seen below. 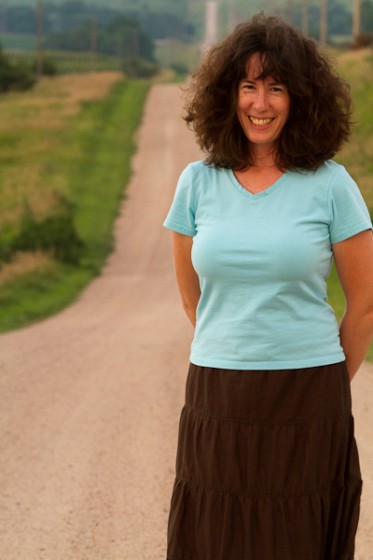 Anywho,  last week, I was there in the field when the last row of corn went into the combine.

And that was it. The harvest was done for the year. Harland cleaned up the combine and put it away in the barn.

It won’t be used again until next June for the wheat harvest.

—–>   Tomorrow I’ll have a video for you with the highlights of the corn harvest.