How To Call In The Herd 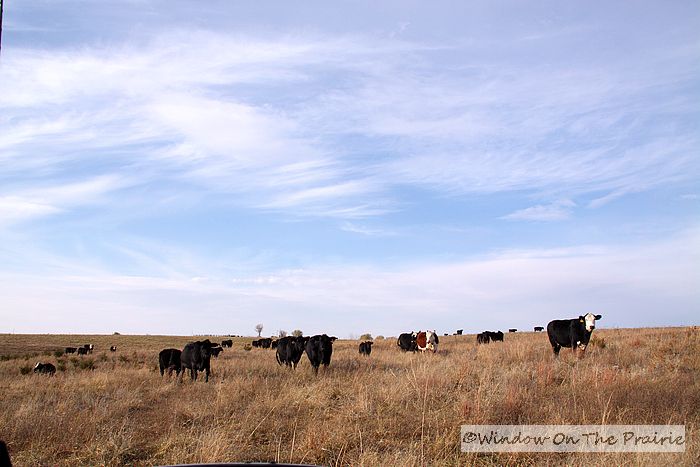 Last spring, we hauled the cattle down to the summer pasture where they enjoyed a leisurely few months of sun, grass, wading in the pond, and most importantly, time away from the pesky humans (us). Sadly for them, the time has come for them to come home. We line up a couple semi trucks, load all the cattle up, and drive them back north to spend the winter close to home where we can feed them hay and later take care of them as they have their calves in March. But first, we have to get all of them rounded up out of the 200 acre pasture.  In our part of the country, this is done not with horses, but by calling them up to the corral.

My hubby is the Pied Piper of the pasture.  By the way, Harland is yelling :  WHOOOOOOOO, CALF, and BOSS.   I asked Harland if he learned to call them this way from his Dad, and he said yes, everybody around here does it this way.

And why do the cattle come when we call? Grain. 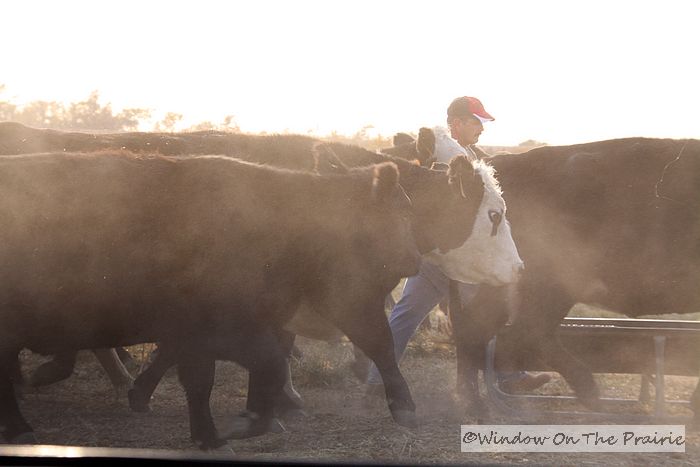 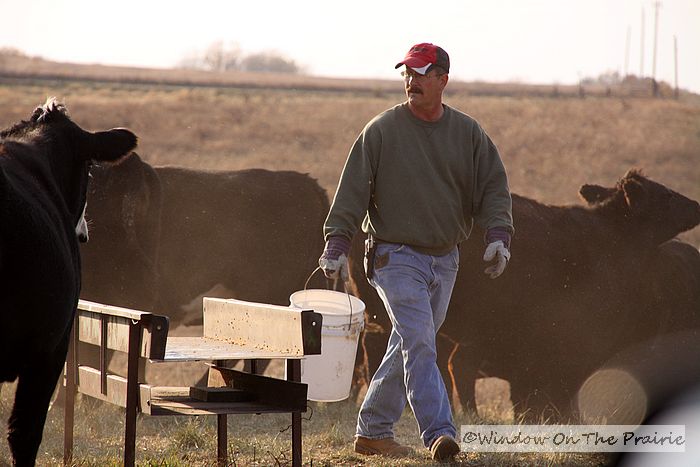 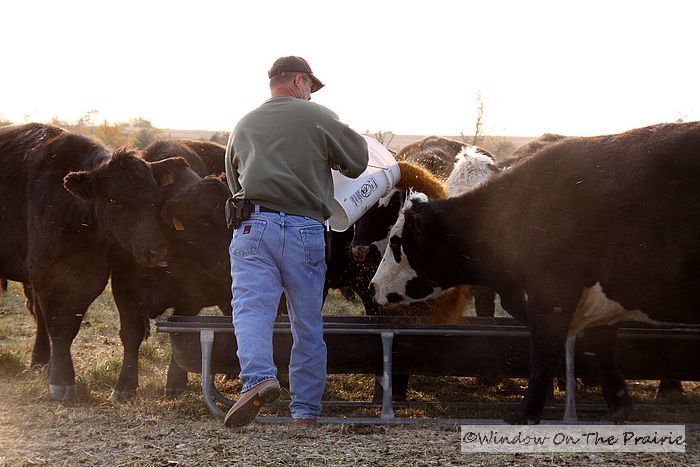 They love grain more than their luggage. So in the weeks leading up to the move, Harland calls them repeatedly up to the corral and feeds them grain, so they get used to coming when he calls them. Then on the big day, he calls them up, they enter the corral, and Harland closes the gate.

By the way, did you see Panda Calf in the video? He was the first calf born to the heifers last spring, and I took lots of pics and video of him then. Click here to see what he looked like at a week old.  Amazing how much he’s grown. Here he is today: 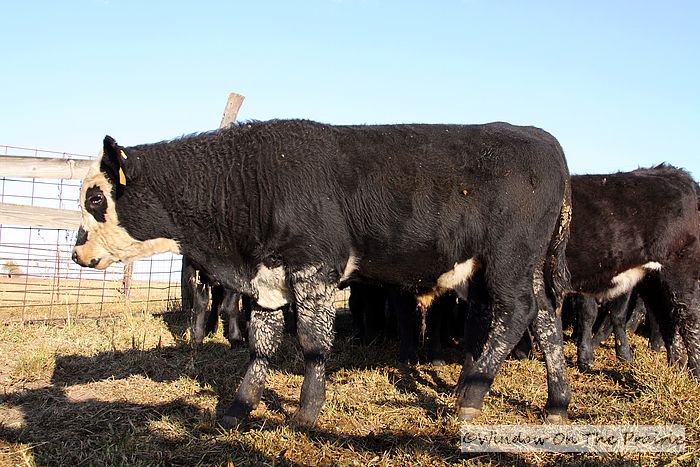 After Harland closes the gate to the corral, we leave them for the night. Early the next morning the trucks arrive, and the cattle are loaded into them.

Come back tomorrow to see how that’s done.