Did you know that turkeys are native to North America? Did you also know that the early pilgrims domesticated them and began to breed different types of turkeys, ultimately creating a bird that was much tamer and contained more meat that the wild turkey?

Today, despite hundreds of years of breeding and crossbreeding to create the perfect Thanksgiving turkey, the domestic bird still maintains a remarkable resemblance to its wild cousin.

Below is a picture I took last winter of a wild turkey.

And here is a recent picture of a domestic turkey: 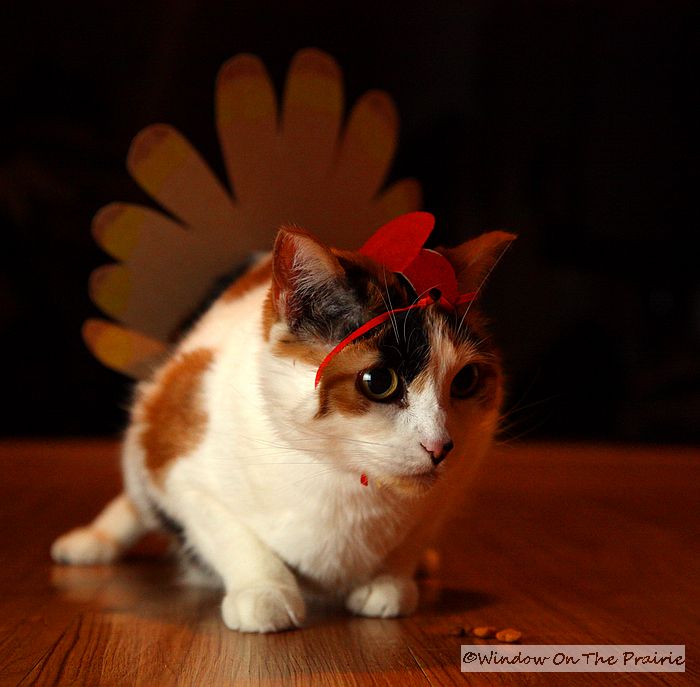 Isn’t it amazing how similar they are in appearance?

Here’s a side by side comparison: (the domestic bird is on the left) 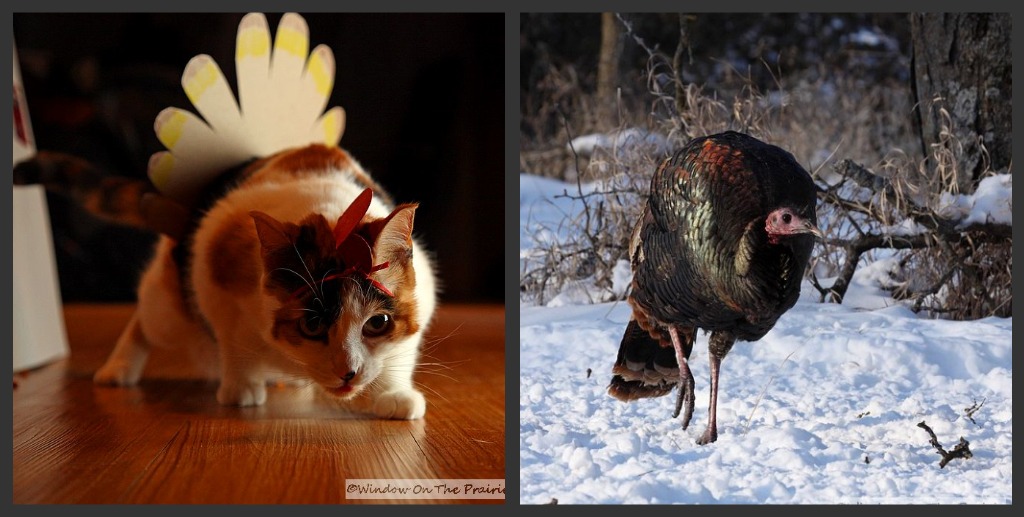 A profile shot of both the domestic and wild turkey also reveals the uncanny similarities between the wild and domestic bird.  (The domestic is on the left below.)

The only difference between the wild turkey and its domestic cousin is that the domestic variety has a much more social nature than the wild turkey who must be viewed in secret from a blind. This domestic turkey however is content to enjoy our hospitality. But like it’s wild relative, it too is shy about having its picture taken and so several enticements must be used to hold its attention while the in-house photographer snaps its portrait. 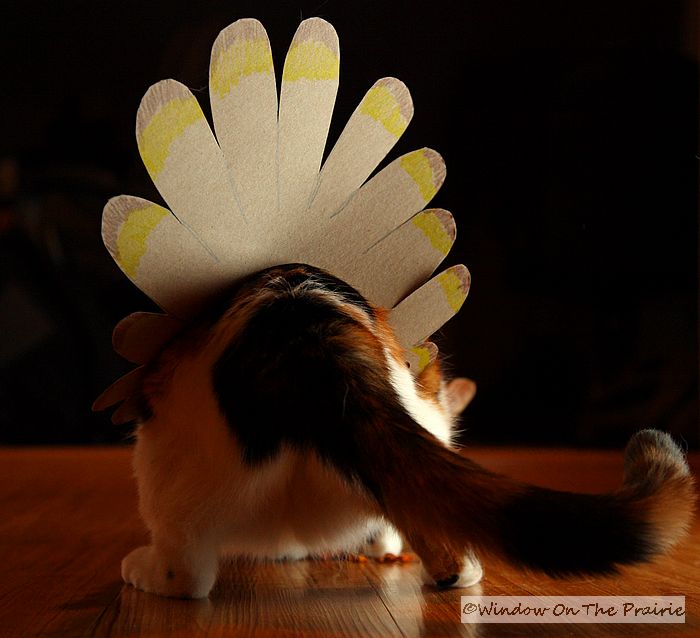 Although when first presented with the corn it repeatedly turns its backside toward the cameraman.

The high intelligence of the domestic turkey must not be underrated. Could it be that this bird is using non-verbal communication towards the photographer?

ground bird feed is highly palatable to the domestic bird too, fed from a human finger, 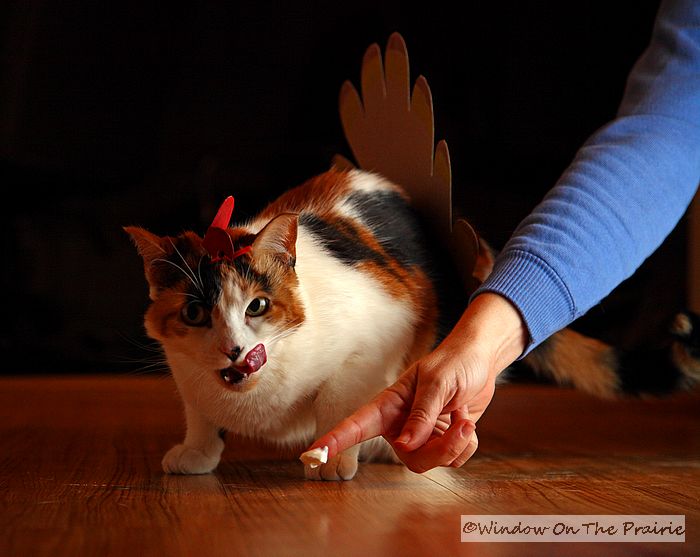 but from a dish it is found not to be so attractive. 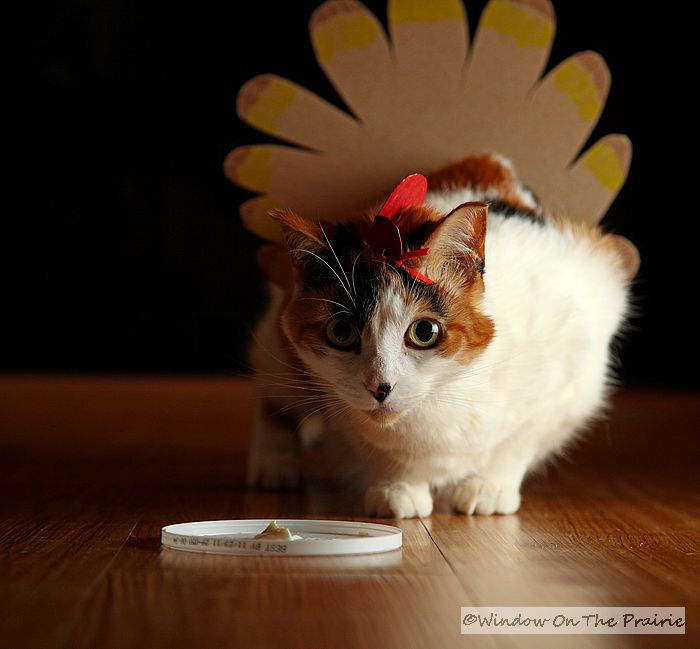 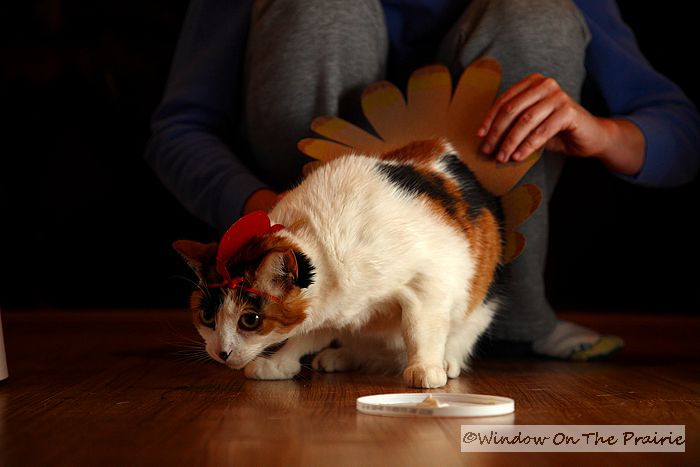 Could it be that the domestic turkey has become so used to humans that it prefers to eat from the human hand?

Despite its naturally social and gregarious nature, it soon tires of company and must be allowed to rest. 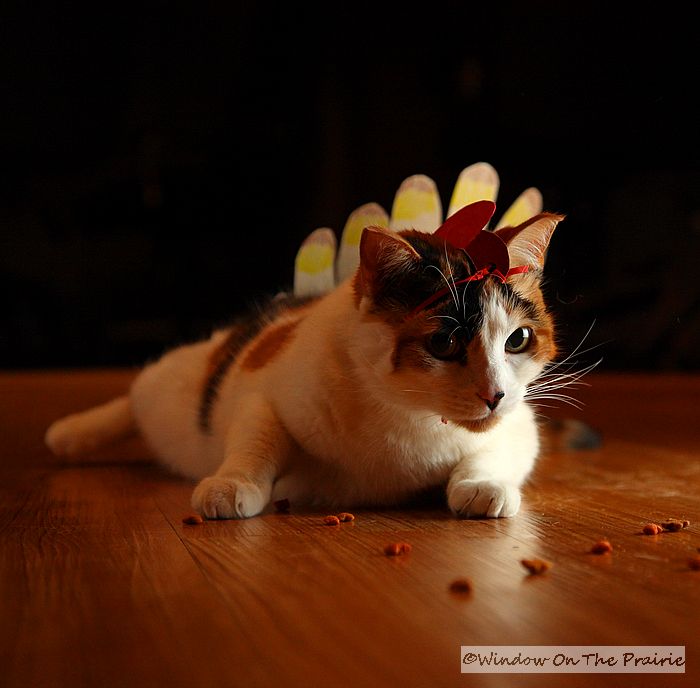 Above, note the turkey’s expression towards the cameraman. It’s just another remarkable example of the domestic turkey’s ability to express itself non-verbally and convey to the cameraman its desire to discontinue the photo shoot.

Below, it employs not just the eyes, but the entire body in conveying its message. 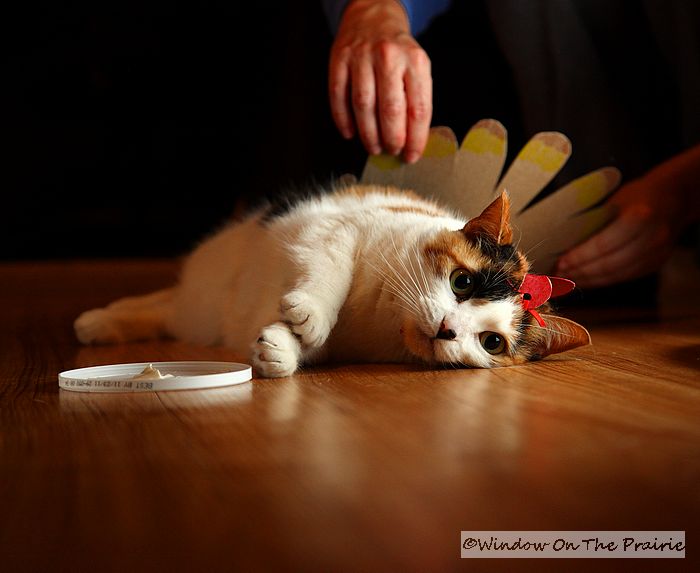 And so we acquiesce and give the domestic turkey its wish to rest in peace.

I meant take a nap, not rest in peace!  Yeah, that’s what I meant. To take 5.  Catch some ZZZZZs!!   You know, slumber. Not the eternal kind of slumber with stuffing, gravy, cranberry sauce, homemade rolls, and pumpkin pie………oh my…….

But it’s ok. We’ve got plenty of hot dogs for Thanksgiving dinner. We’ll be fine.