This one I took near Durham, Kansas. 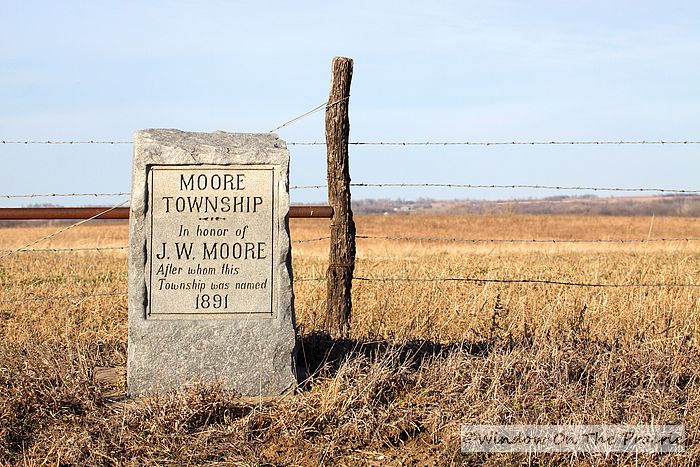 I guess someone wanted to honor the man whom the township there is named after. The puzzling thing here is that this marker is miles from any town, and is located alongside a gravel road (which was probably dirt back then). Some honor, eh?

This one was taken on the town square of Humbolt, Nebraska. 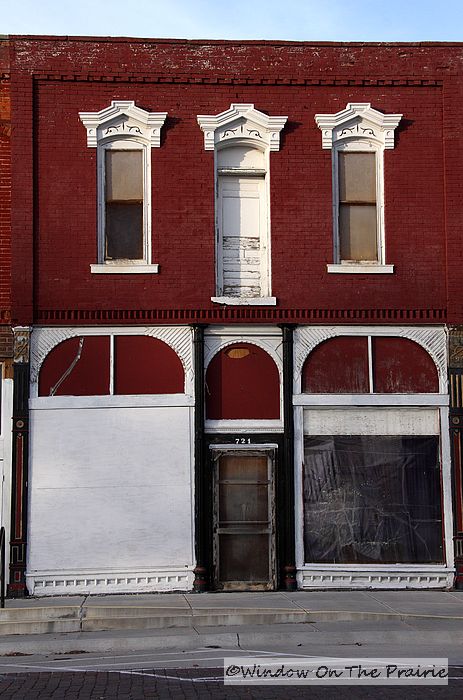 Can you just hear the landlord as he shows the upstairs apartment to a potential renter?

“And here folks you have your very own door to the outside which will provide you with an extra measure of privacy. Watch that first step though!”

Actually, this is not an uncommon sight in small rural towns. At some point there was a balcony on this building, which would have been quite a boon on summer evenings in the days before air conditioning.