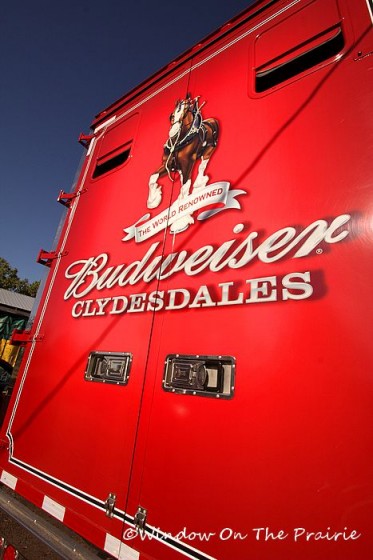 Last weekend we had the opportunity to see the Budweiser Clydesdales up close and in person. They made a stop in Cottonwood Falls to participate in a  rodeo and parade, and then stayed overnight in a barn at the edge of the city park.

When we visited them early Saturday morning, they were having breakfast and being groomed. 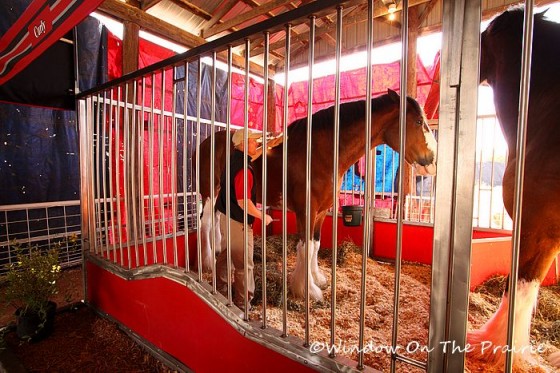 There are five “hitches” or teams of clydesdales that tour the country ten months each year. Each team travels in three huge tractor trailers. Ten horses fill two of the trailers while the third holds the wagon and other equipment. It takes eight horses to pull the beer wagon, and the remaining two horses are there for back-up. All of them are geldings. They stand six feet tall at the shoulder and weigh about a ton each. 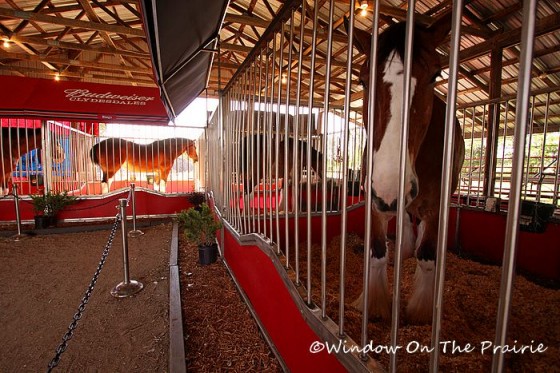 Standing next to them was an incredible experience. They are so massive, and yet appear to be very gentle, like huge dogs. 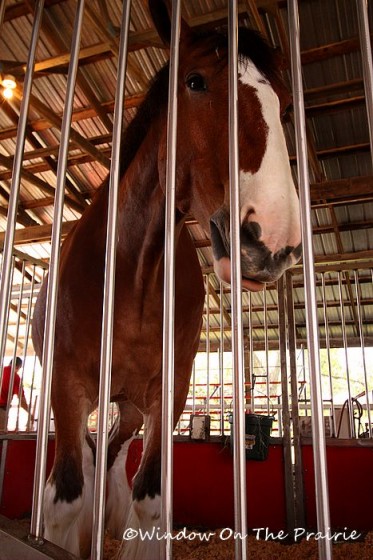 They travel with their own portable stalls, several grooms, and even a dalmatian named Duke.

After breakfast, the horses were taken for a walk. 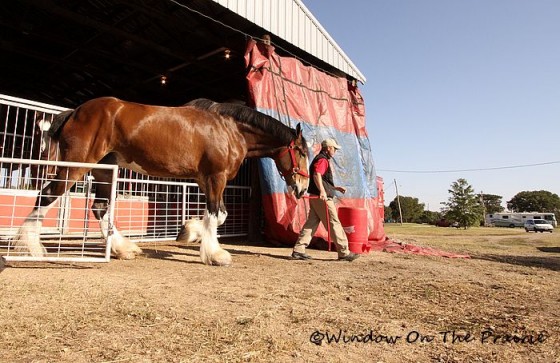 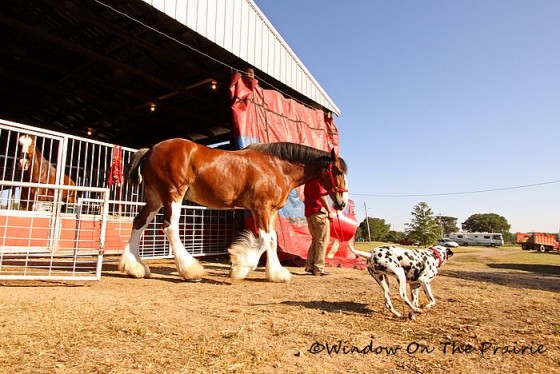 Duke was so excited about getting out  for a run around the park. 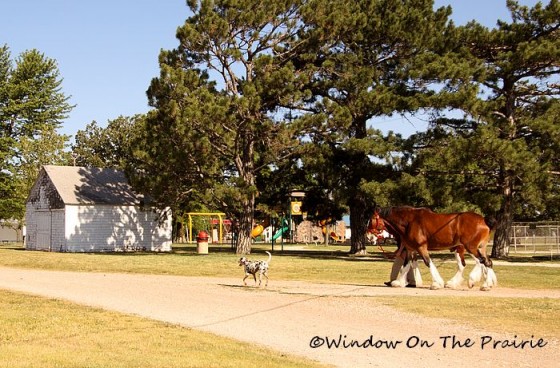 One of the horses went for a run alongside a golf cart. 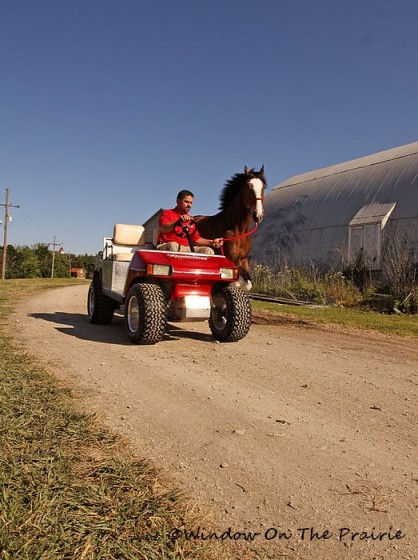 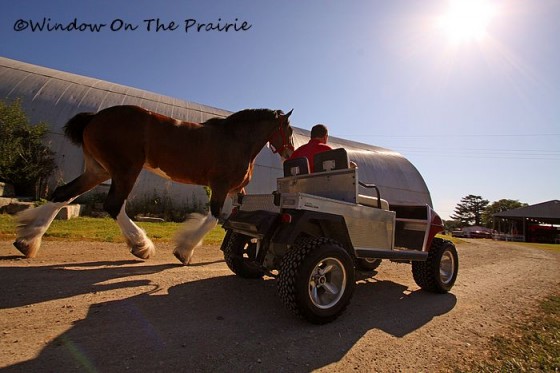 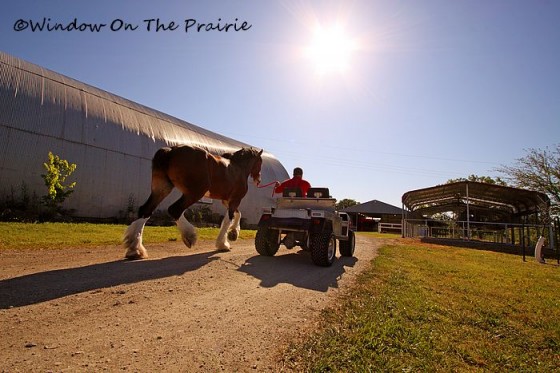 After their exercise, they had their white “stockings” shampooed. 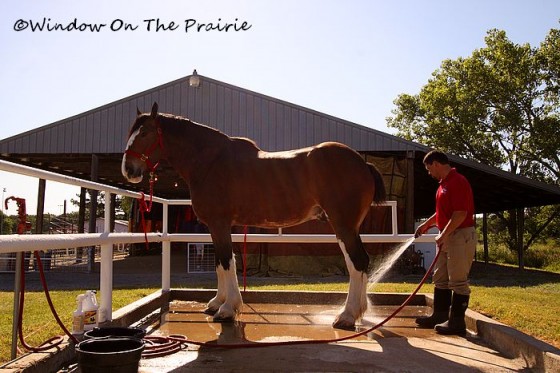 We left them then, but saw them again later that afternoon pulling the beer wagon in the annual rodeo parade on the wide brick streets of Cottonwood Falls.

It was quite a sight, and I’ll share pics with you soon.