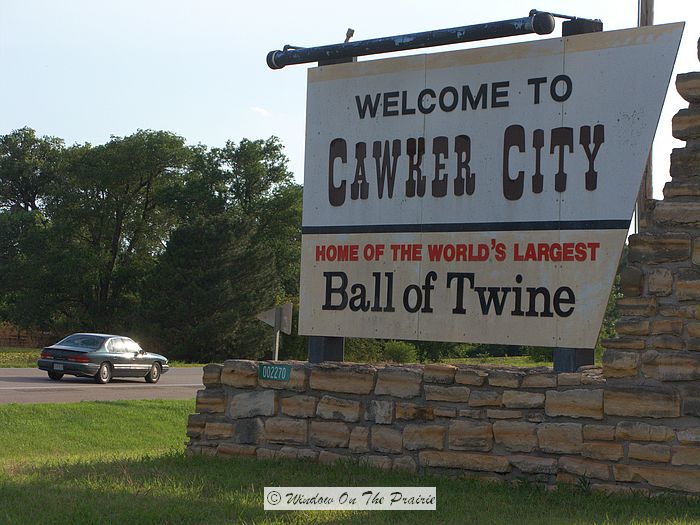 In 1953, Frank Stoeber, a farmer living near Cawker City, KS, started storing his twine by rolling it into a ball. Years passed, and the ball grew larger and larger. Neighbors contributed to the ball, and by 1957, the ball weighed over 2 tons, and stood 8 feet high. Frank continued adding to it year by year. In 1961 he gave the ball to Cawker City. It was 11 feet in diameter, and contained 1,600,000 feet of twine.  It was set up on main street, and a shelter was built over it. Frank died in 1974, but the town continued to add to the ball. Each year more twine is added during it’s annual Twinathon, held every August. 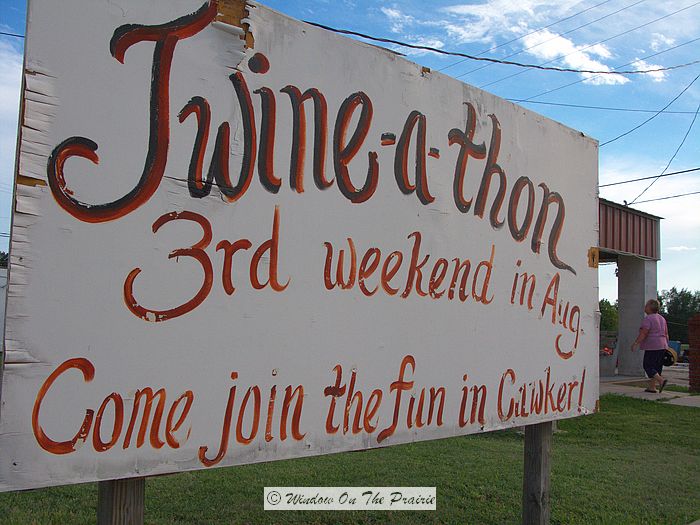 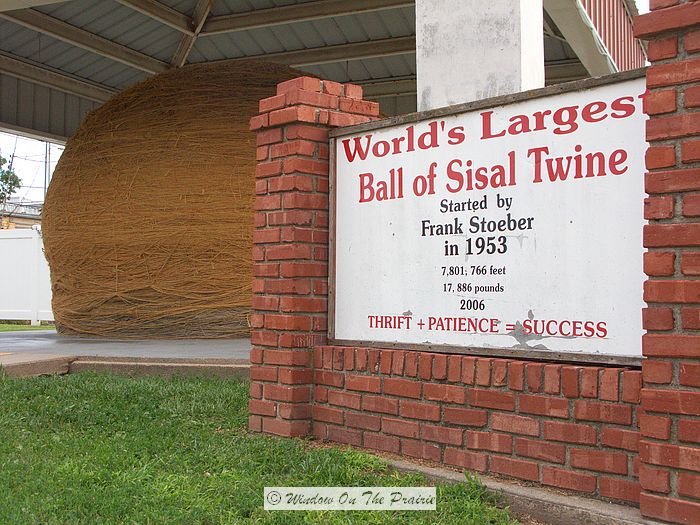 Linda, the current official “Keeper Of The Twine”, 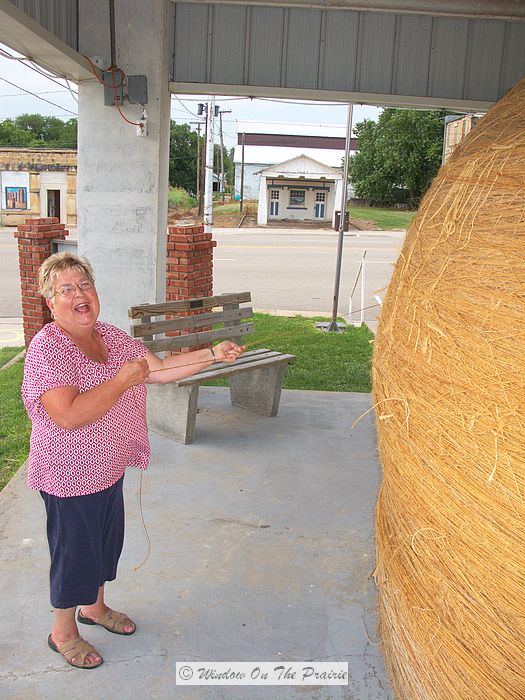 Linda, The Keeper Of The Twine

provides twine on a spool to visitors and encourages them  to add to the ball. 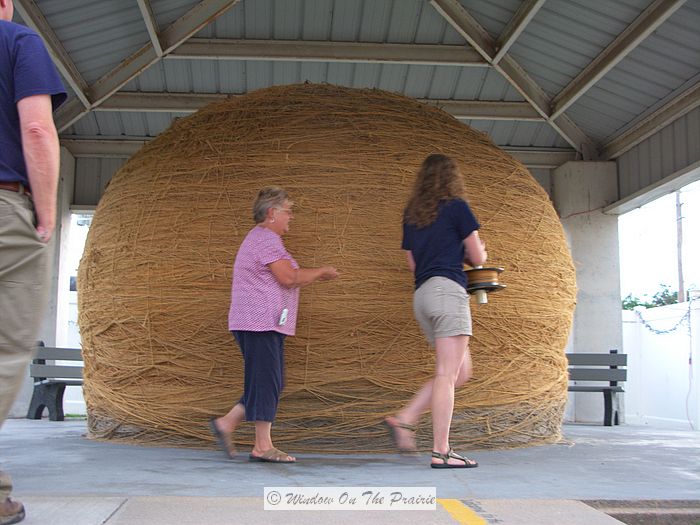 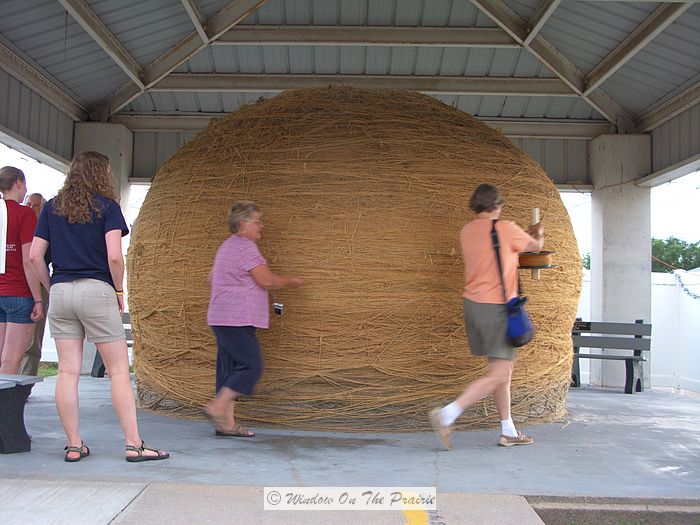 Harland and I both added our share during our visit there a week ago Saturday. 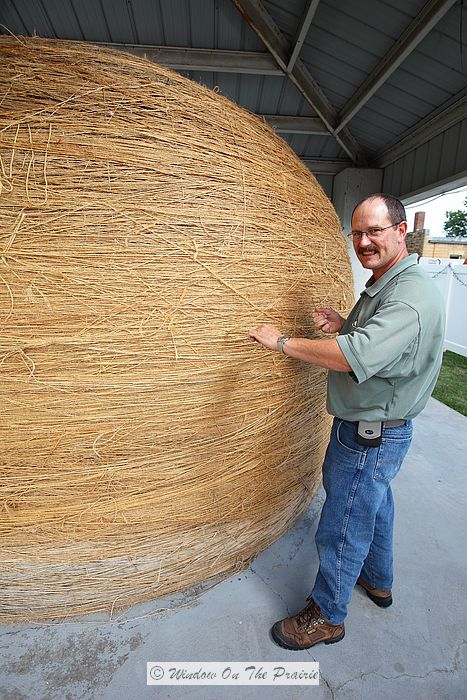 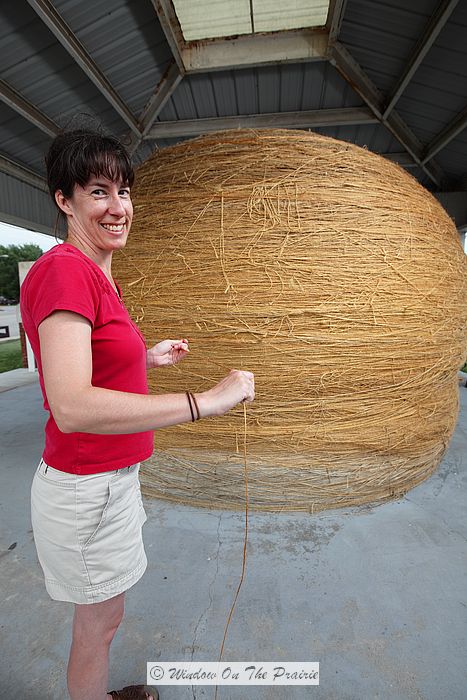 Gravity is taking a toll on the ball as it is getting kinda flat on the bottom, and is more of a mound now than a ball.  But the winding continues.

Linda (Keeper Of The Twine) also owns the hotel across the street. 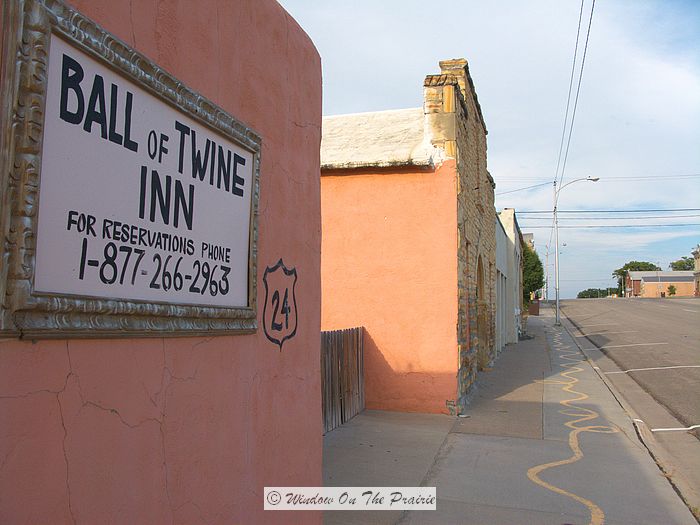 If you’re wanting a souvenir of your visit, you’re covered. 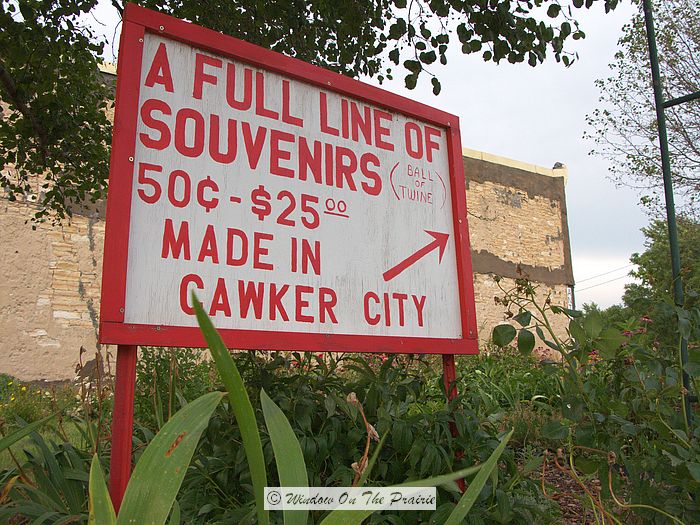 A walk up and down the main street of Cawker City reveals many iconic paintings displayed in store windows that have been adapted to include a ball of twine. 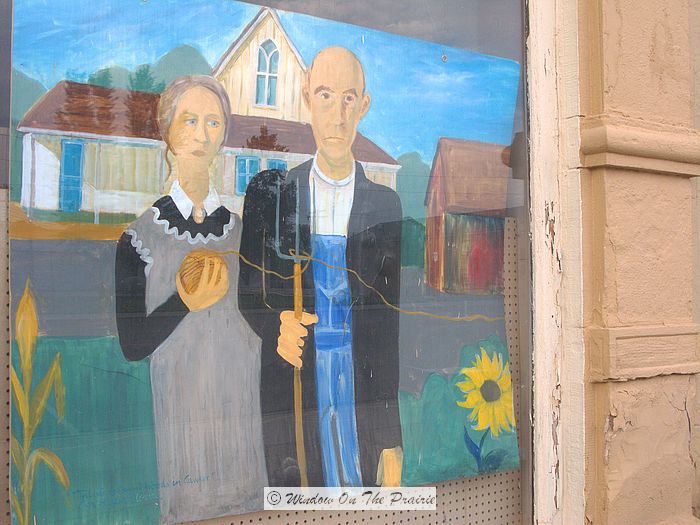 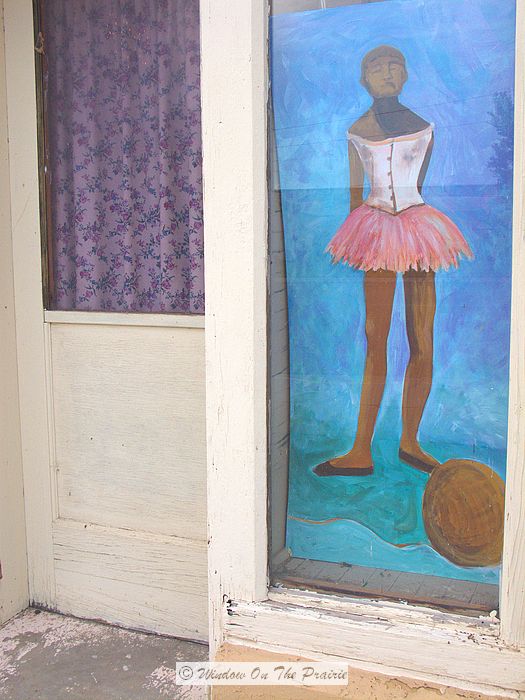 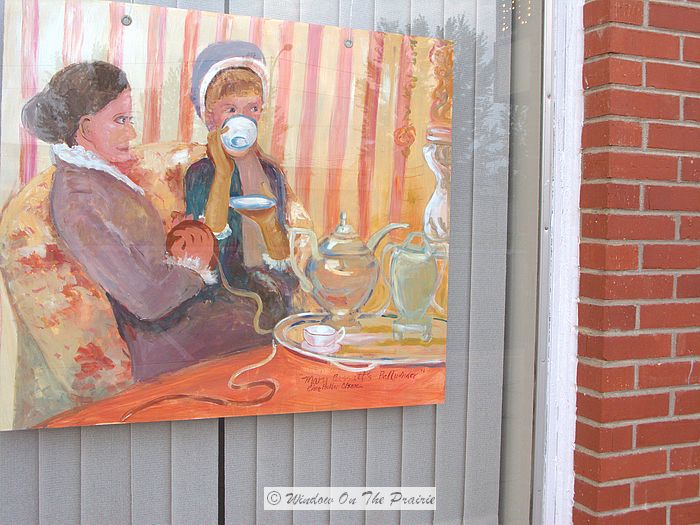 The paintings were done by a local minister’s wife as a way to fill some empty store windows. 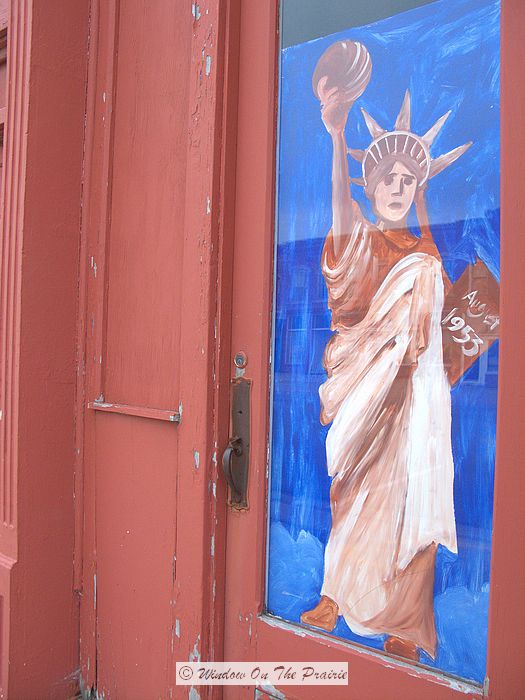 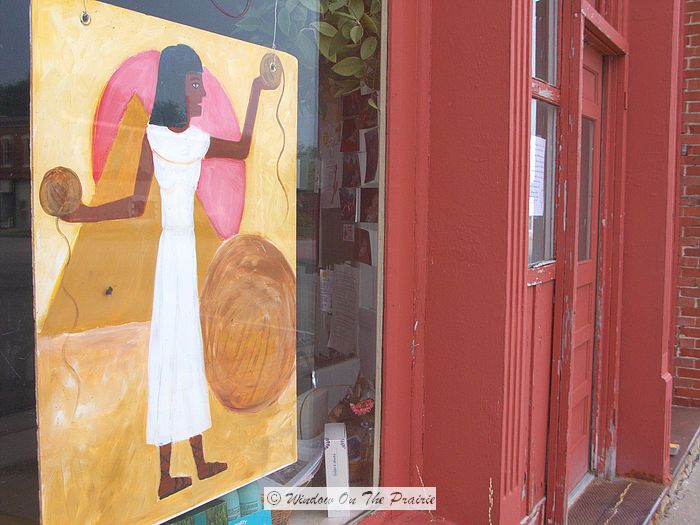 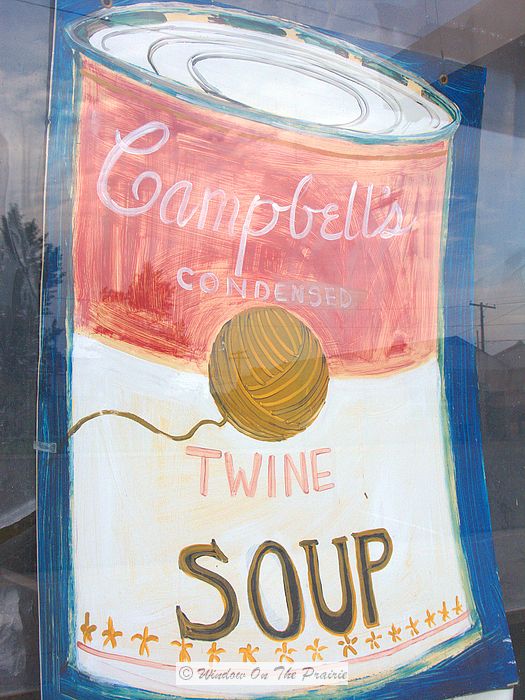 By the time I had viewed all the paintings, and had wandered around town, the sun had set on another day over Cawker City. 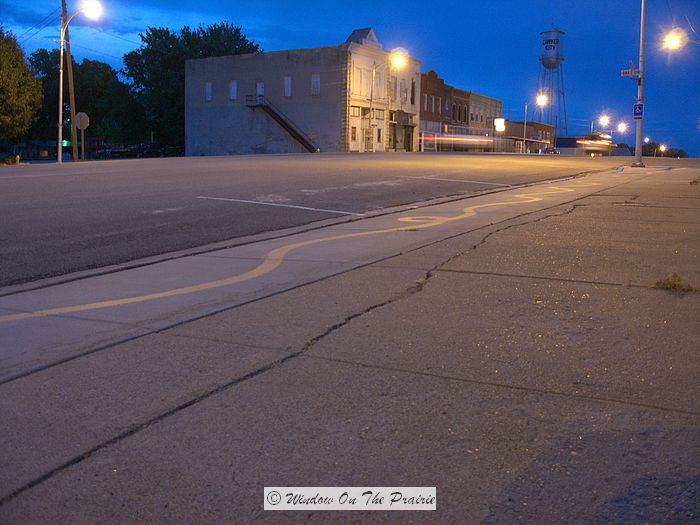 And the World’s Largest Ball Of Twine awaited another day. 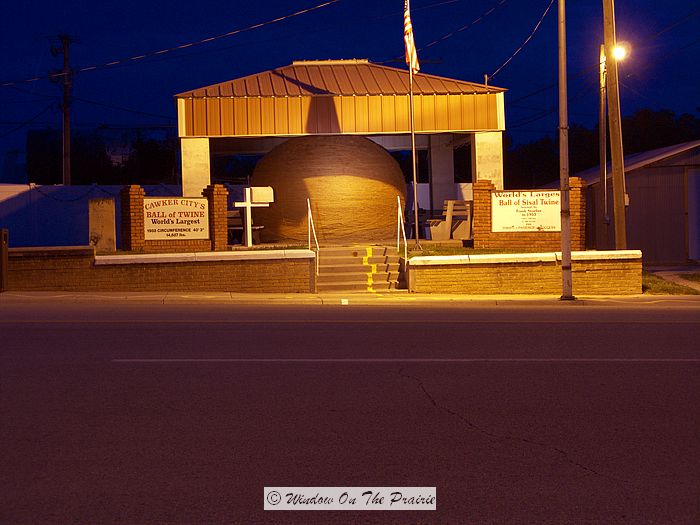 And the winding will continue.

Check back tomorrow for the final stop of our weekend north-central Kansas road trip: a visit to the Paul Boyer Museum of Animated Carvings in Belleville, KS.