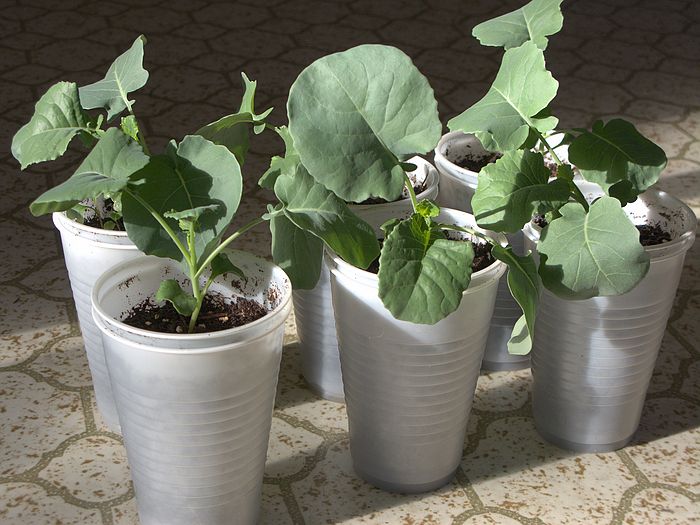 I usually buy young broccoli and cauliflower plants from a garden center, but this year, I started them from seed. I ordered the seed mail order, and then planted according to the directions on the seed packets back in mid-March. Now, we have 6 broccoli and 6 cauliflower plants.  They are big enough now to go outside into the garden. They can be put out 2 – 3 weeks before the last frost date in your area.

Before we go out to the garden though, let’s check out some  broccoli and cauliflower factoids:

Transplanting the baby cauliflower and broccoli plants is very easy. I dug holes that are the same depth as the containers they were growing in.  I spaced the holes about 18 inches apart. Then, I placed my hand over the top of the soil in the container, turned the container over, gently squeezed the cup, and the plant with it’s soil slipped out. Then, I gently placed the plant into the hole, 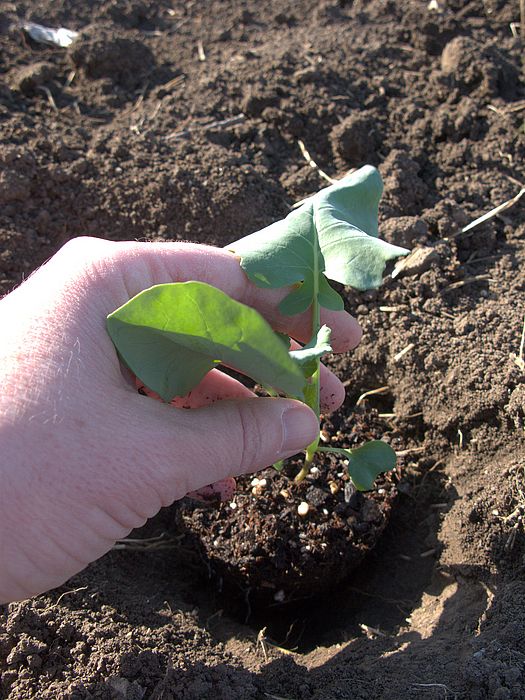 filled the rest of the hole with soil, pressed it down gently around the plants, and them gave them all a drink of water. 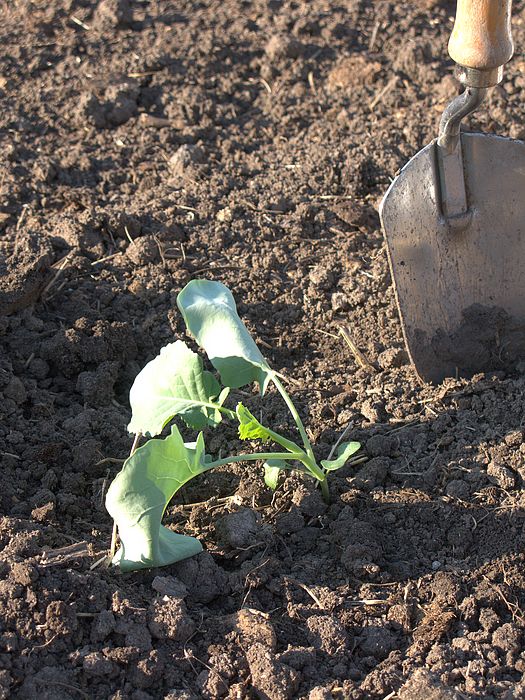 Then came the part you’ll never see anywhere else. Because this is spring in Kansas, the wind was blowing about 40 mph this day. The little plants were being blown over. Harland, the man of the house, came up with the idea of placing a section of PVC pipe over the plants to protect them. So, it looks like we are growing a PVC pipe crop in our garden. 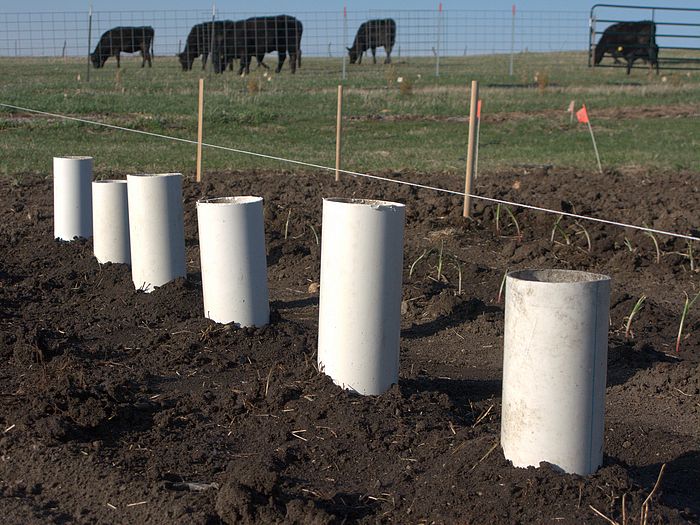 Safe in their little shelters though, they are content for now. 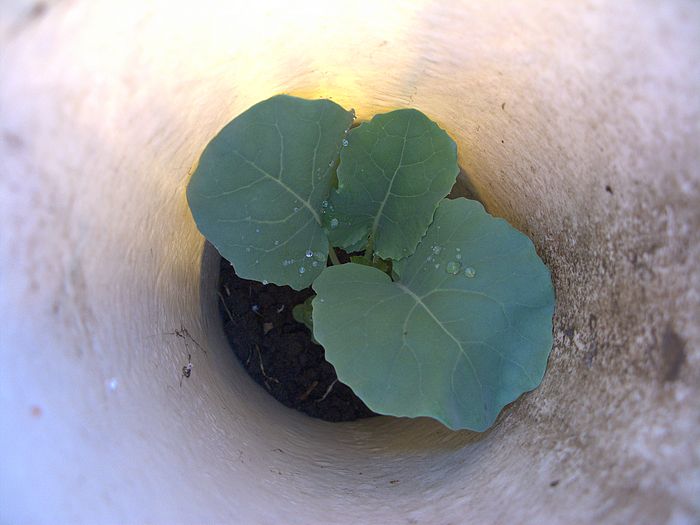 I’ll leave the pipe sections over the plants for a few days, and then remove them on a calm windless day. I’ll have more posts later about the cauliflower and broccoli as they grow.