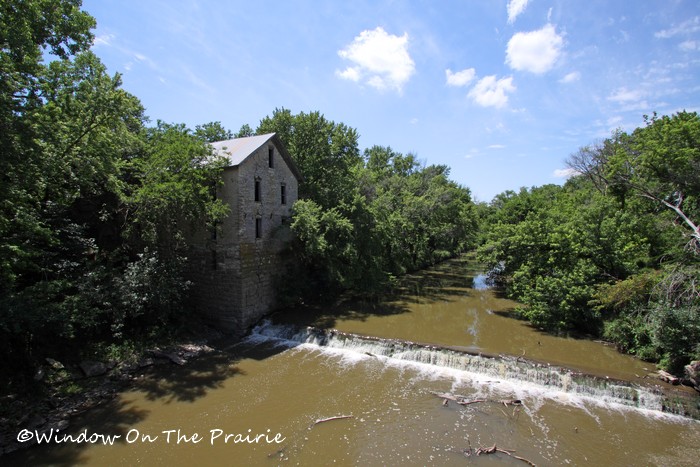 Last weekend while visiting Chase county, we visited the remains of a once proud mill standing forlornly on the banks of the Cottonwood River.

Over 150 years ago, the river flowed between the trees and through the prairies just as it had for thousands of years. Kansas was still a territory in 1857 when a couple of settlers moved into the area and built their cabins. They next built a sawmill. Completed in 1867, it was built using all-wood construction and was powered by the flowing waters of the Cottonwood River. The mill’s primary purpose was sawing lumber and it soon became the center of the growing community of Cedar Point. But in 1871 the mill was washed away in a flood.  Undaunted, that same year construction began on a new mill from hand cut native limestone. 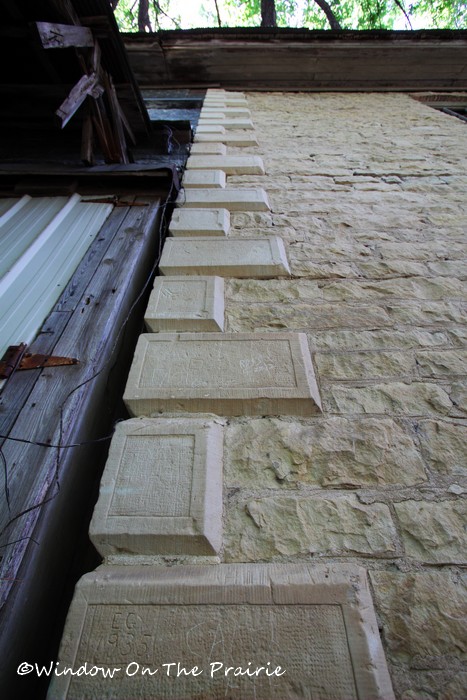 Completed in 1875, this mill ground wheat turning it into flour. The mill was several stories high with a roof peak that soared 85 feet above the normal river level.  It’s output was 75 barrels of flour per day. In 1903 business was good, and a wood frame addition was built to provide an office and grain storage area.  The mill continued in operation grinding wheat until 1941.

But for whatever reason, the new owner allowed the mill to fall silent and neglected. 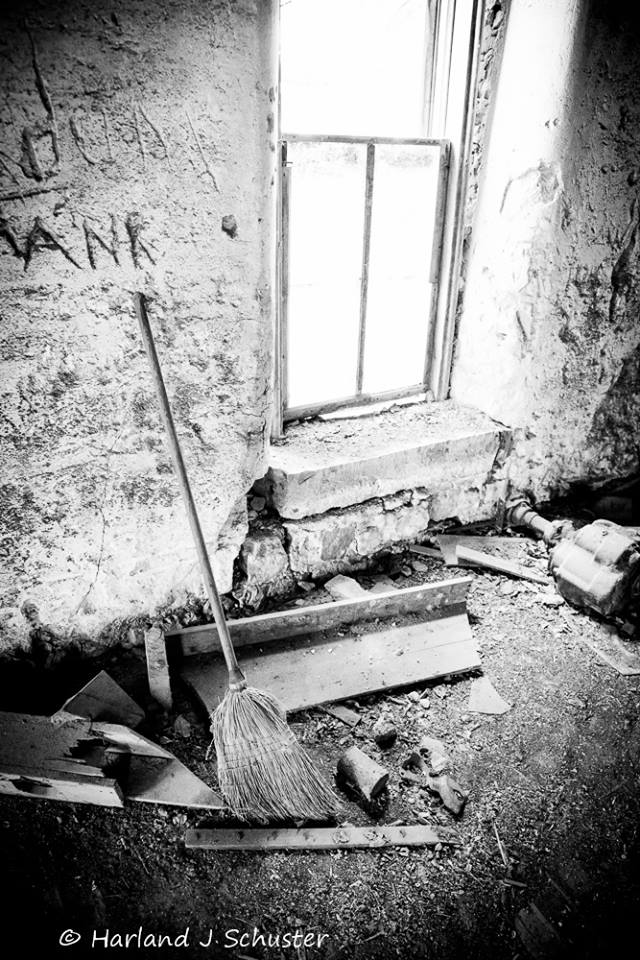 In 2006, it was added to the National Register of Historic Places.

Today, unused and seemingly abandoned, it is in poor condition with large structural cracks in the walls. 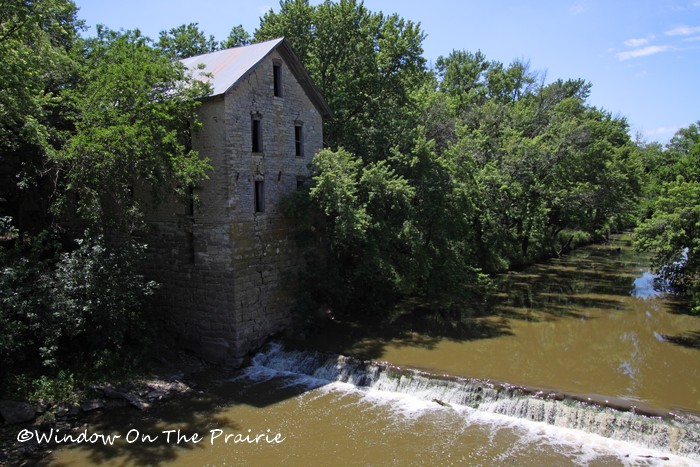 The windows are gone and some of the window arches have crumbled. 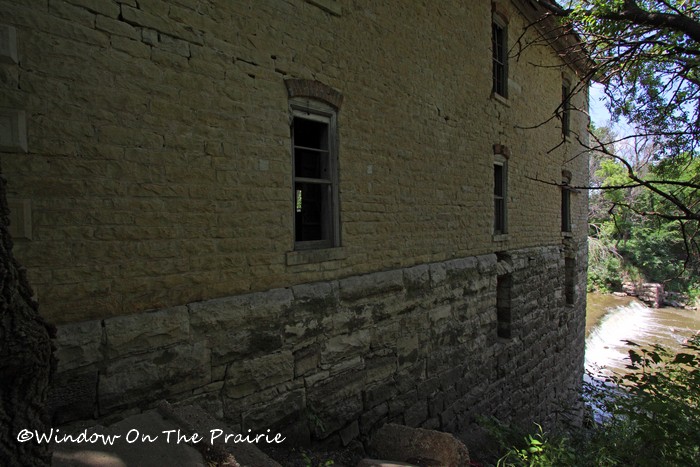 The wooden floors are still intact but have sagged in places. 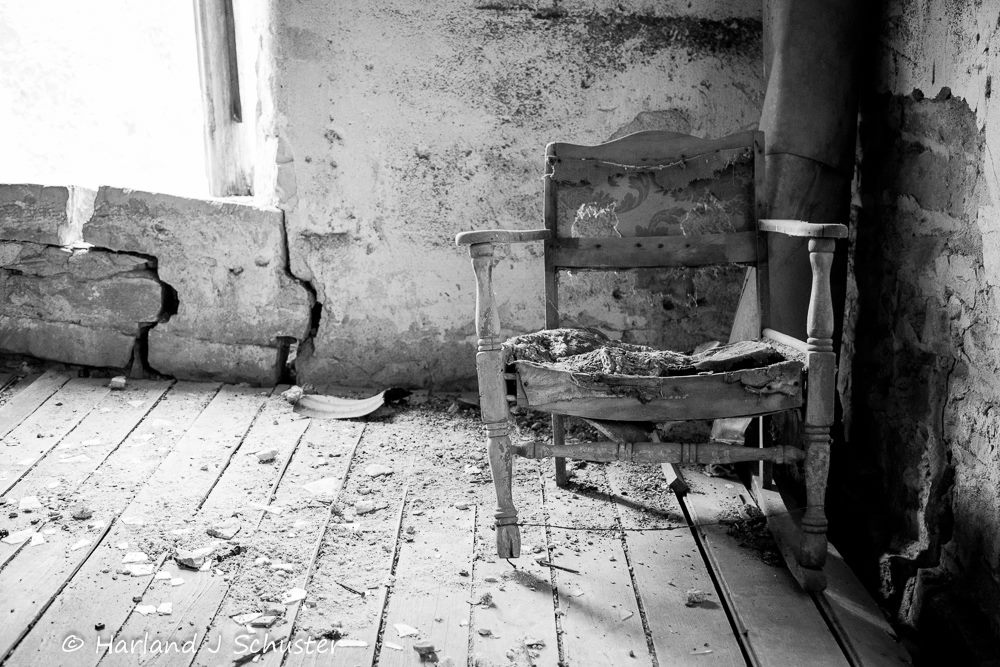 Trees have grown up around the mill.  It is the only one left now in Chase county, and one of the few mills left standing in Kansas.

At one point it  hummed with activity operating both day and night. But some day soon it will crumble to earth and a priceless piece of Kansas history will be gone. There are no organized plans to restore and repair the mill, and soon photos will be all that remain.

It’s sad and frustrating. This mill should be restored and operated as a state park or historic site. There should be visitors here learning about a time and place in history that will never come again.

And afterwards, the visitors would stand on the banks of the Cottonwood river and think about a time when the river flowed past the trees and through the prairies just as it has for thousands of years.