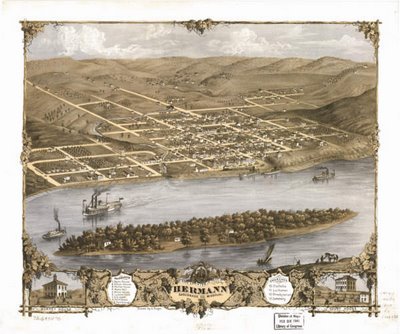 In the early 1830s, members of the Philadelphia German Society, who were saddened by how quickly German immigrants were losing the culture and ways of the old country determined to start a town on the frontier all their own to retain their German way of life. They hired a school teacher, George Bayer, to find a suitible piece of land for the town they would call Hermann. So in 1837, Bayer traveled to Missouri and purchased 11,000 acres of very hilly land on the banks of the Missouri river. Meanwhile, back in Philadelphia, the Hermann city planners, who were under the mistaken impression that the land was flat drew up a map of their new town with wide boulevards and large market squares. When the first 17 settlers of the town stepped off the last steamboat of the season, they were dismayed to discover that the plans for their flat town would have to be scrapped, and they would have to settle what they referred to as a “howling wilderness”.  Making the best of a bad situation, they realized that the hilly rocky land, so called “vertical acreage”,  would be good for little else but growing grapes, and so that’s what they planted – everywhere. 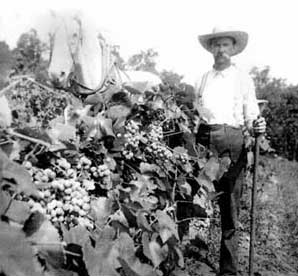 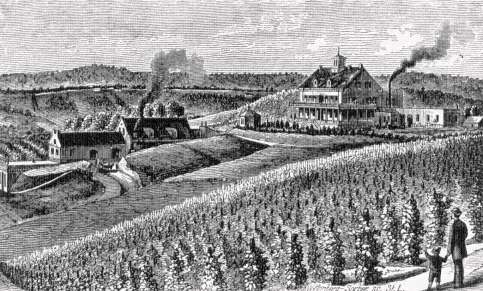 By the turn of the century, Hermann was producing over 3 million gallons of wine annually. Steamboats bearing cargo and visitors arrived regularly from St. Louis. A train line was built from Hermann to the state’s capital, Jefferson City. But hard times were just around the corner. First, Prohibition decimated the wine industry. 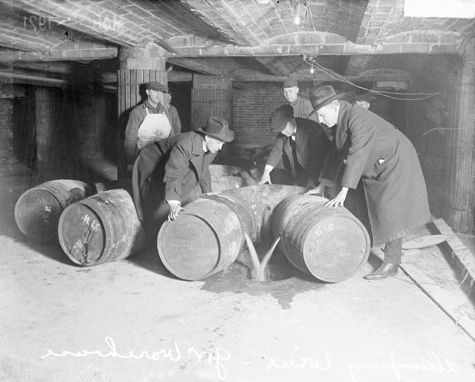 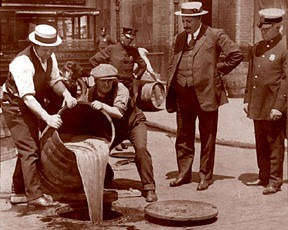 And then anti-German sentiment arose with the coming of WWI. A state edict forbade the use of the German language. In 1920, Hermann sank into an economic depression that would last until WWII.

Nearly 50 years after prohibition, Hermann started to produce wine again. Today there are 7 wineries, producing a third of the state’s total production. Wineries are the main tourist attraction for Hermann, just as it was before prohibition. Because Hermann’s citizens could not afford to modernize their buildings during the depression, Hermann today contains many lovely 1800s buildings, more than 150 of which are on the National Register of Historic Places. 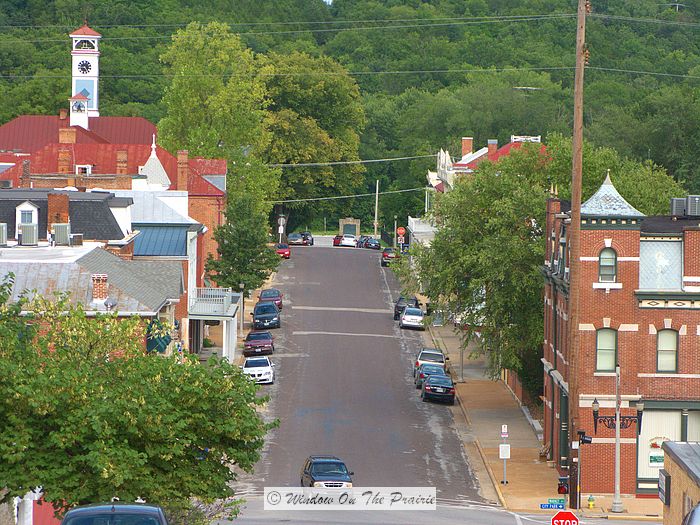 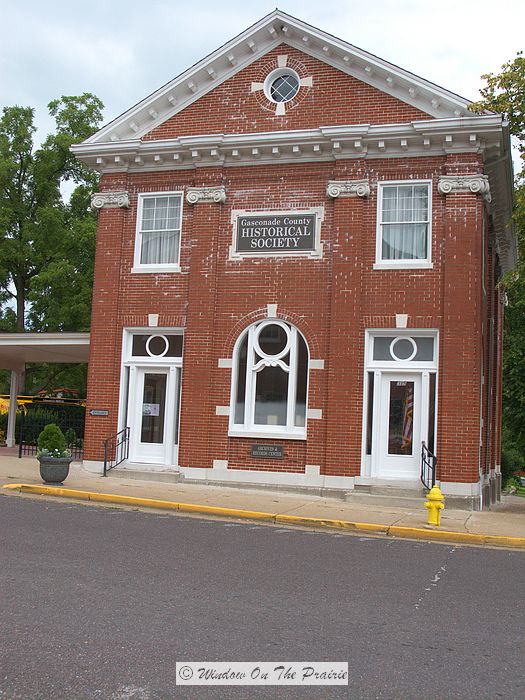 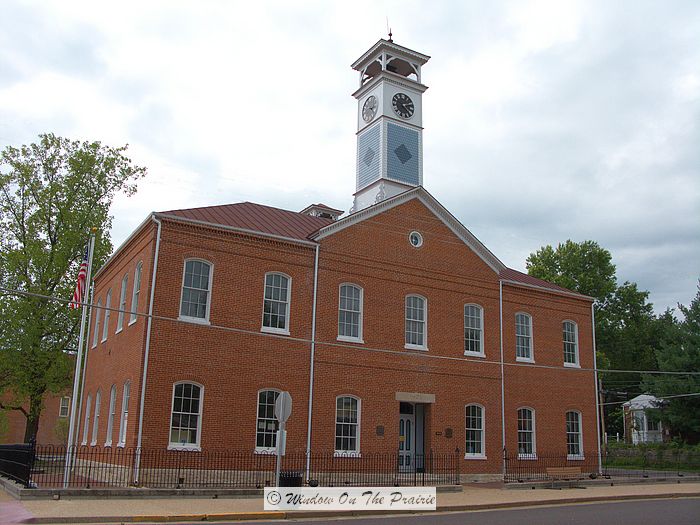 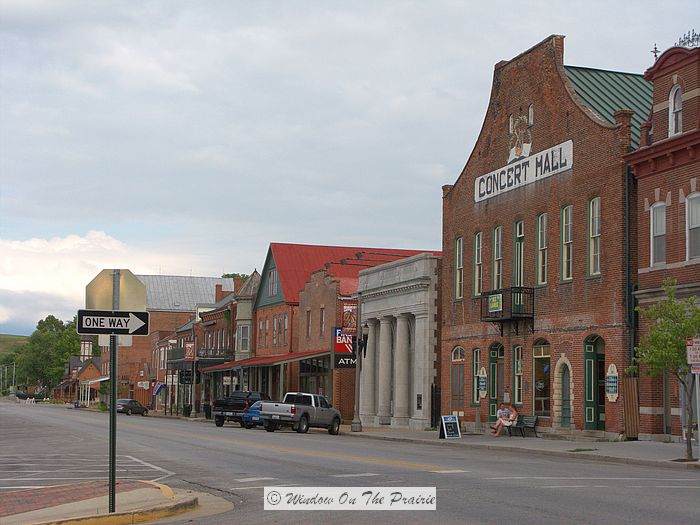 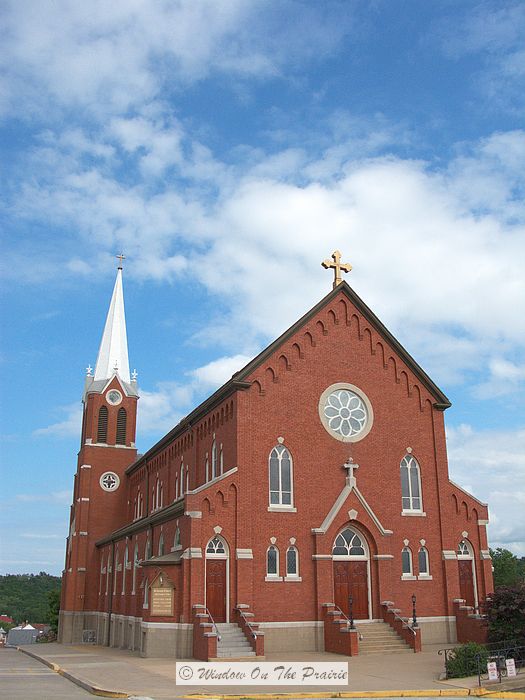 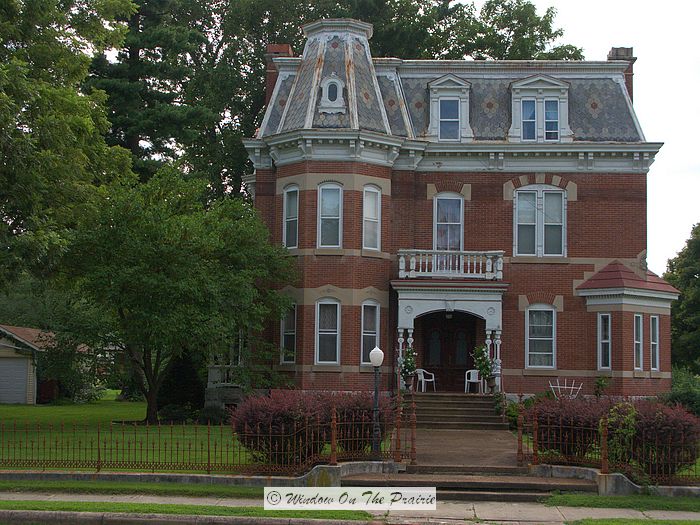 One of Hermann's older homes

Hermann also has the largest number of B & B sites in the state.  And the tradition of the annual “Weinfest”, first held in 1847,  has continued to this day, as each October Hermann celebrates its Oktoberfest.

We didn’t have enough time to visit all that Hermann has to offer, but we definitely plan on going back sometime.