Friday morning as Harland was doing the chores, he noticed one of the cows was starting to have her calf out in the pasture. So he took her to the barn and put her in a pen with a deep layer of wheat straw. When he came back later, she had a newborn calf by her side. After work, I went out  to see him. He and his mom were getting some well deserved rest. I didn’t go in the pen with them as I didn’t want to disturb the cow too much. Mama cows are very protective of their newborn calves and don’t like us to get too close. 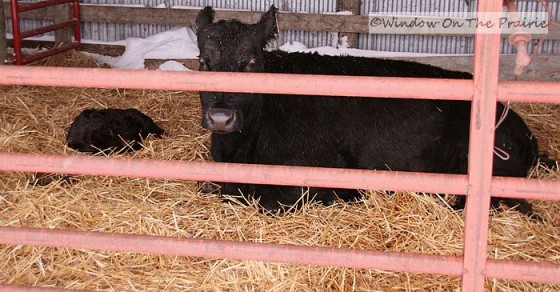 He’s was only about 7 hours old. 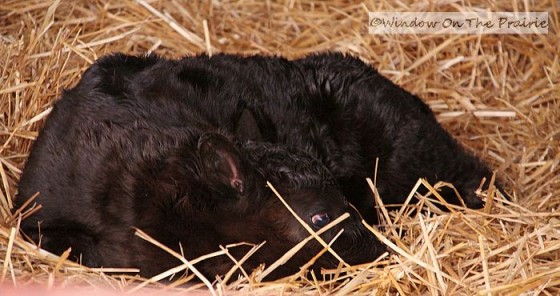 She got to her feet, and he did the same allowing me to get a good look at him. He’s a little on the small side, only about 70 pounds, but looks healthy. Harland brought his mom some hay and she began to eat. She talked to the calf in low quiet “MOOs” to reassure him. Cows start talking to their calves in the days leading up to their birth so that after they are born, they will recognize their mother’s voice.

The cow wasn’t too keen on me being so close to her calf. In the video above, she lets me know by dropping her head and shaking it. That’s cow for, “Don’t even think about coming closer or I’ll run you into the ground.” I wouldn’t have dared to be that near to her if not for the gate between her and me.  And she probably would have charged me otherwise.

Yesterday, I went out to see them again. I found them outside the barn where the calf was curled up beside a haybale while the cow ate. 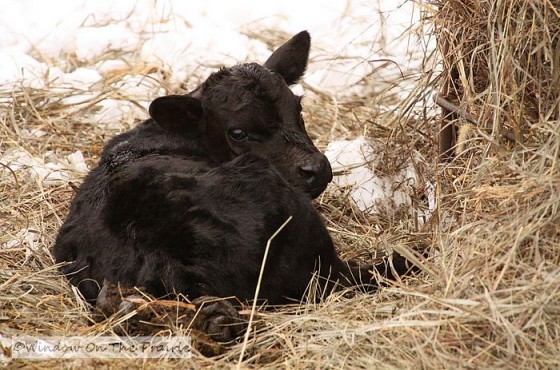 He got to his feet. It must feel good for a newborn calf to be able to stretch out his legs after being cramped up so long inside the cow. 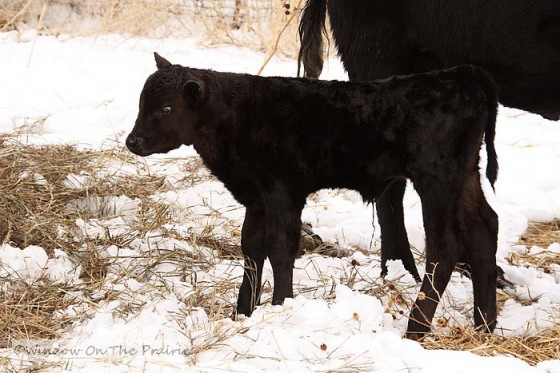 His mama gave him an affectionate nuzzle. 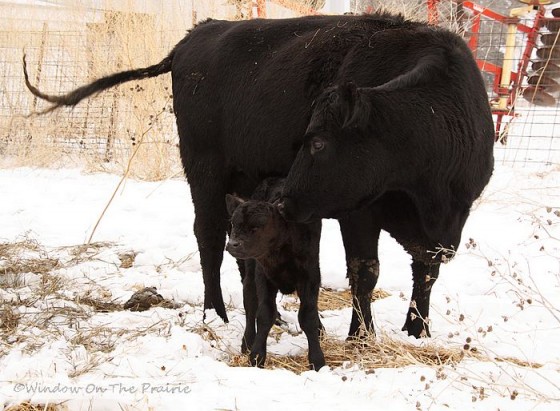 He did a little exploring. All the sights, sounds, and smells around him….everything is new. 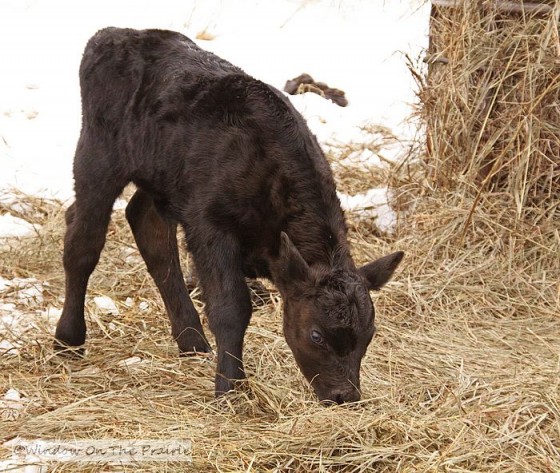 He kept one ear turned toward Mama at his right, listening should she call. 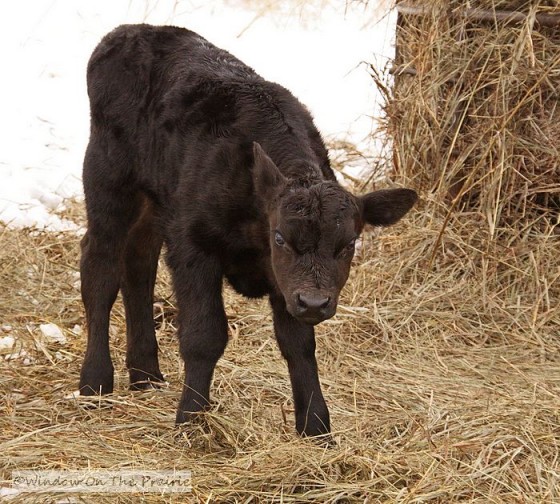 Look how clean and fluffy his fur is. His mama washes him over regularly from head to toe. This keeps his odor down protecting him from predator detection. 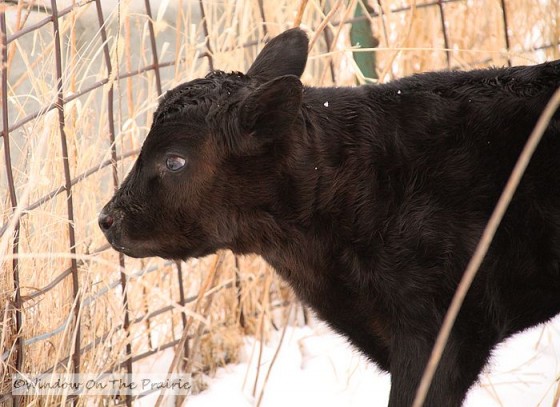 Isn’t that a sweet innocent face? 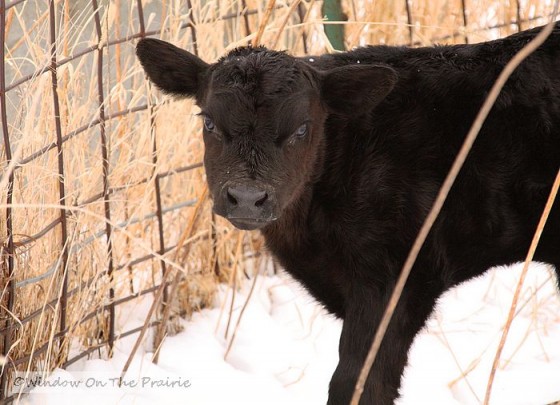 After exploring a little, he found his way back to mama to eat. She stood patiently while he nursed. 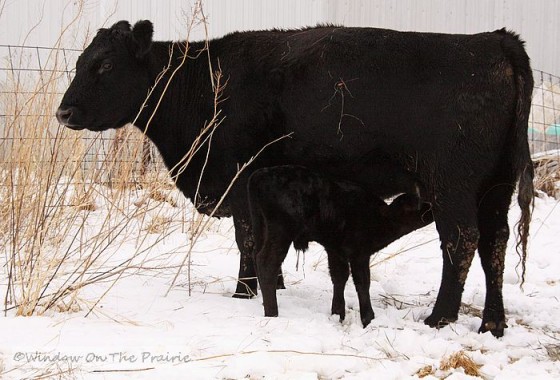 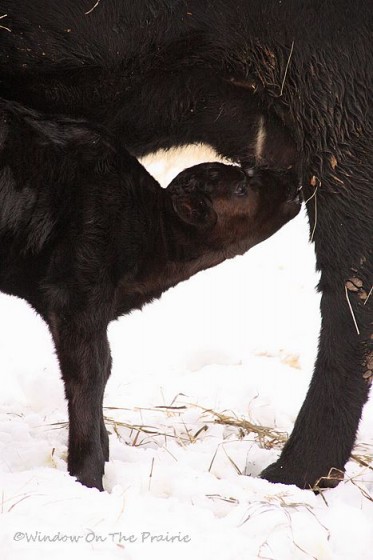 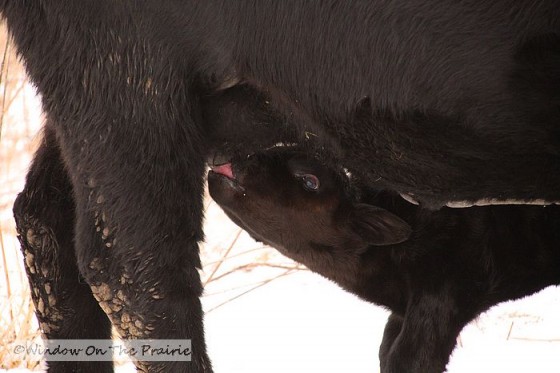 So that’s one calf down, and lots more to go. Our cows will be calving all next month and into April. Spring is on its way. 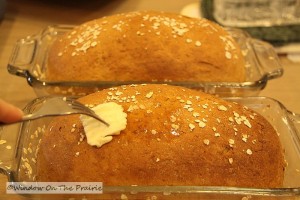