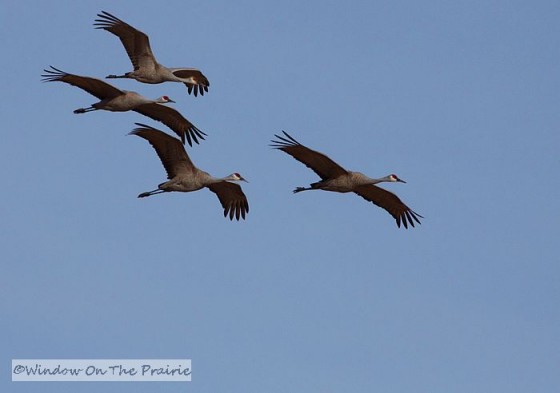 Every winter Sandhill Cranes spend the winter in Mexico, New Mexico and Texas. In early spring they start the journey north to spend the summer nesting in Canada, Alaska, and Siberia. The most important rest stop on this migration is the big bend area on the Platte River in Nebraska.   Between Feb and April 600,000 of them will stop here to feed and rest. Last weekend, Harland and I caught up with them near Grand Island. Some quick crane facts:

The Platte river provides a safe place from predators to roost at night where the cranes stand in large groups on the sandbars. In the early morning, they fly out into the fields to feed and rest returning to the river after sundown to roost for the night.

We spent Sunday afternoon driving around backroads to see the cranes feeding in the fields. 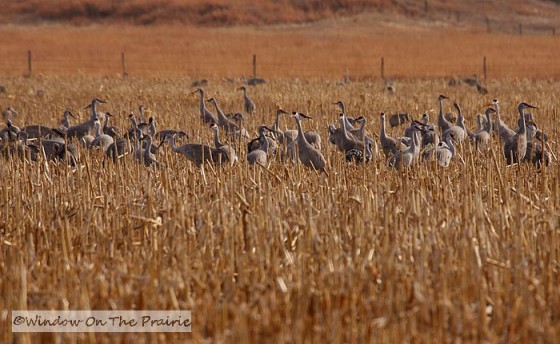 The fly from field to field feeding on waste corn.

Using our truck as a blind, I sat in the open window and rested my camera on the top of the truck cab to capture them in flight.

I marvel as they glide on their impressive 6 foot wingspan, feet and head pointed outwards. 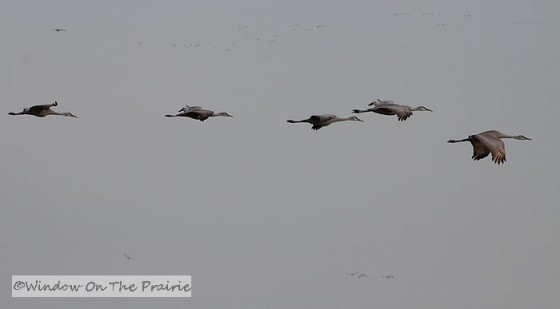 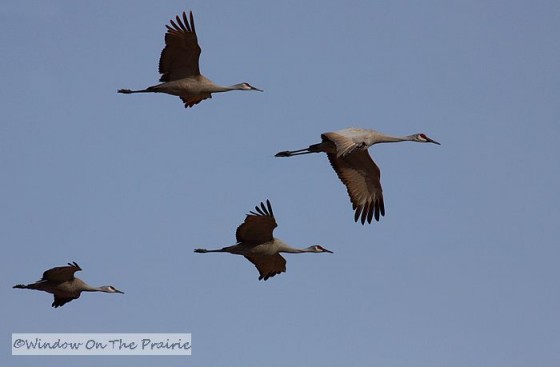 Here, they fly over the sand hills, sand formations whipped up by winds in the last ice age.

Look how their wingtips curl up in the wind. 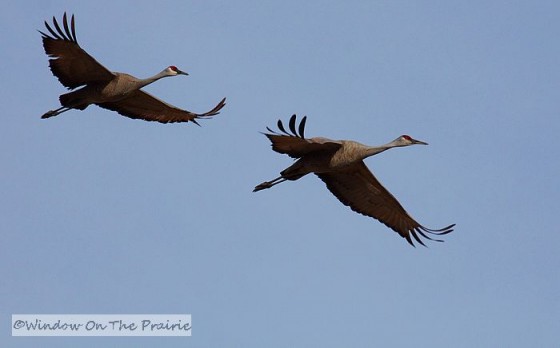 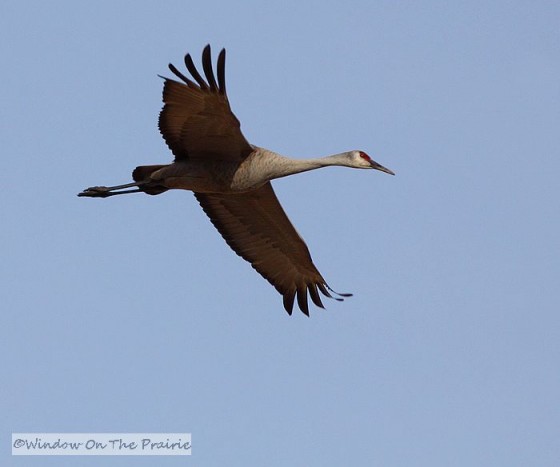 As evening approached, we headed to the river to watch as the cranes came in to roost for the night. In the early evening light, their forms became outlines against the velvet sky. 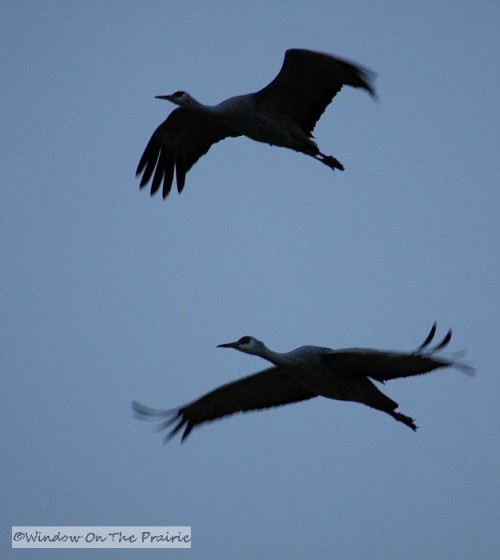 In the near darkness, we could just make them out as they alighted on a sandbar in the Platte. 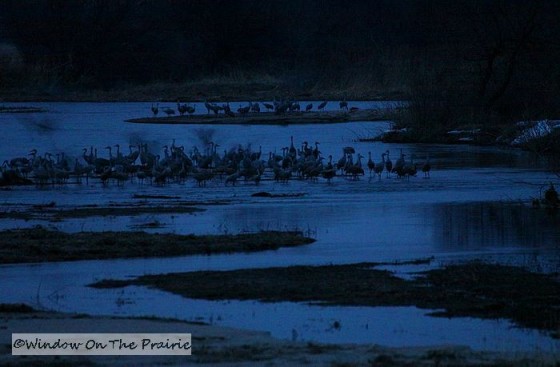 We left them there for the night.

The next morning, we rose at 4am and headed out to a blind along the river in the predawn darkness.

——-> UP NEXT: Early morning on the Platte River with the Sandhill Cranes. 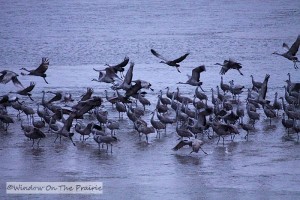