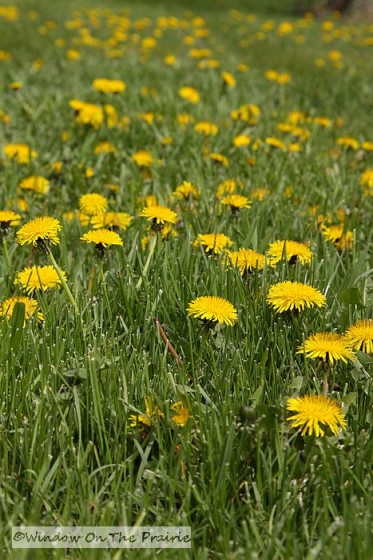 Yes, it’s that time of year when dandelions march across our yard like an invading army. They try to soften their invasion by producing bright cheery blooms, but later they deal the final blow and produce millions of seeds. 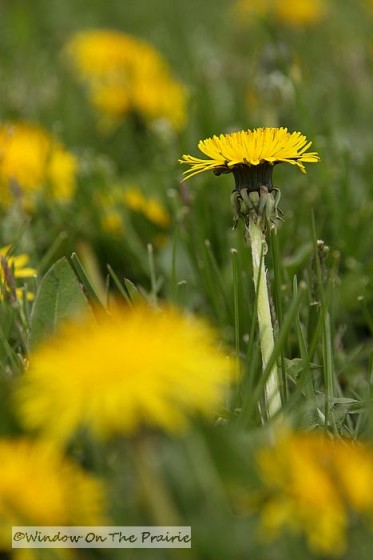 Their bright yellow flowers are a welcome sight after a long brown winter, 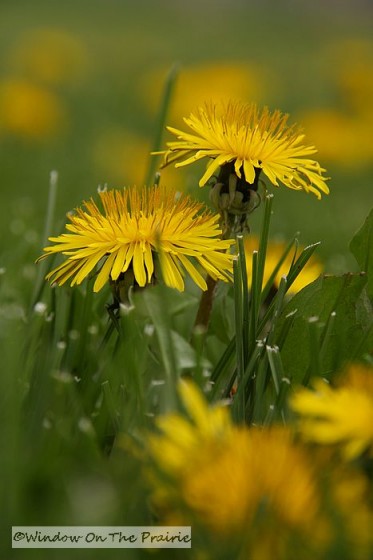 and who of us as a child didn’t blow their seeds onto the wind. 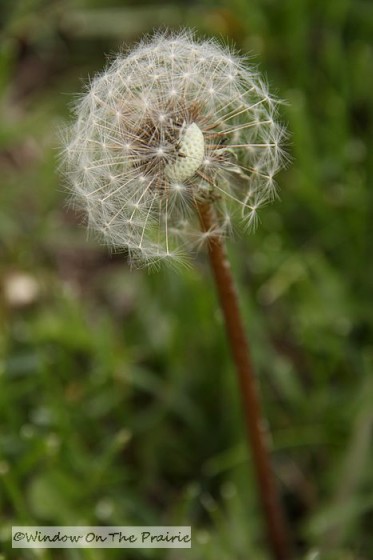 Not to mention the fact that they are quite pretty. Today I belly flopped onto our lawn and rested my chin among the dandelions to take these pictures. They’re even prettier from that angle. 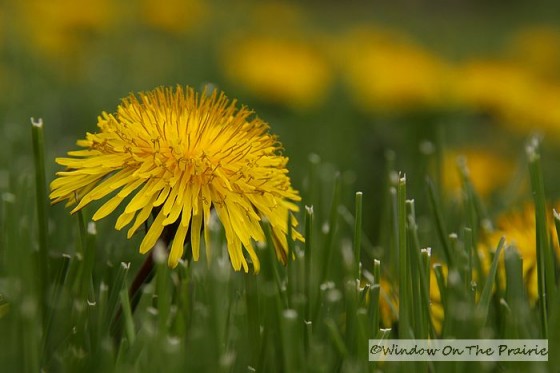 I recommend you do the same, nevermind what the neighbors think. They talk about you anyway and you might as well give them something new to talk about.