A couple years ago, a friend of mine back in Missouri gave me a little pot with a young amaryllis. It was a baby that had sprouted off of her plant. Since then, I’ve watered and fertilized it, and this summer I transplanted it to a larger pot as it had grown larger and had a baby offshoot of its own. But no blooms, just greenery. I’ve kept it outside in the summers and brought it in when it got cold, and this past fall I left it outside until we had a frost which killed back the foliage. Then I brought it in, and after a few weeks, it sprouted new green foliage and yet another baby offshoot, but no flower buds.

But then a flower stem with a large bud emerged from the foliage. FINALLY!

Weeks passed, and Harland and I waited patiently. And then, this past weekend, our formerlly nothing-but-green amaryllis redeemed itself in a glorious way: Two enormous red blooms! 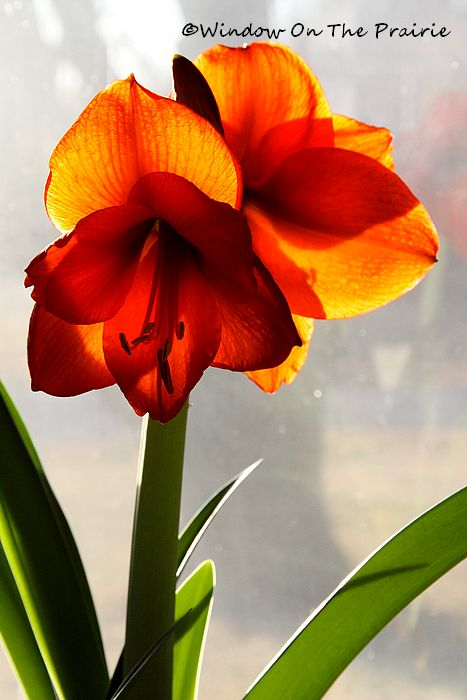 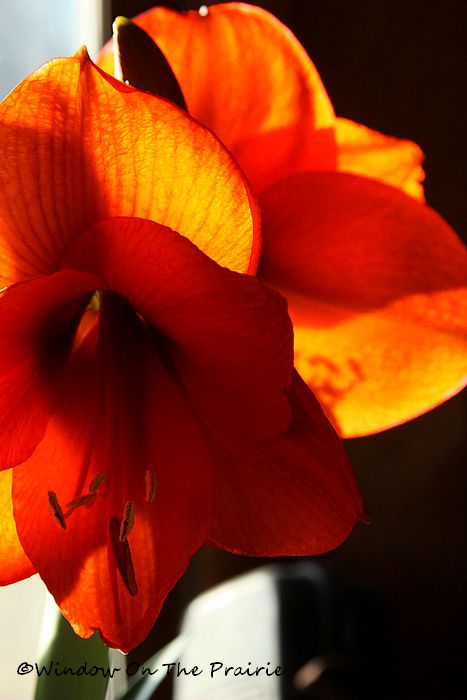 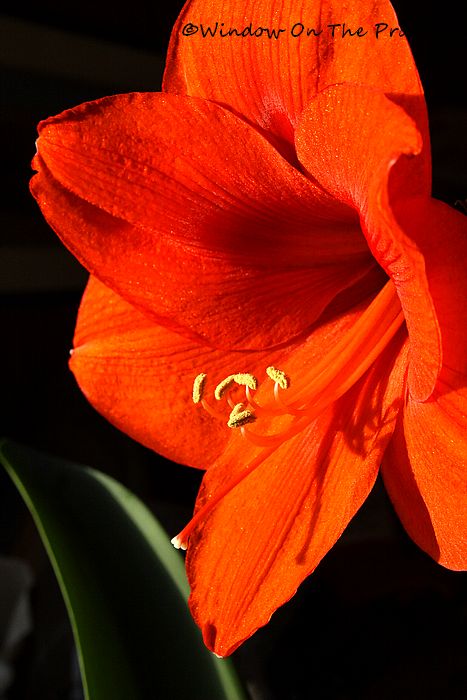 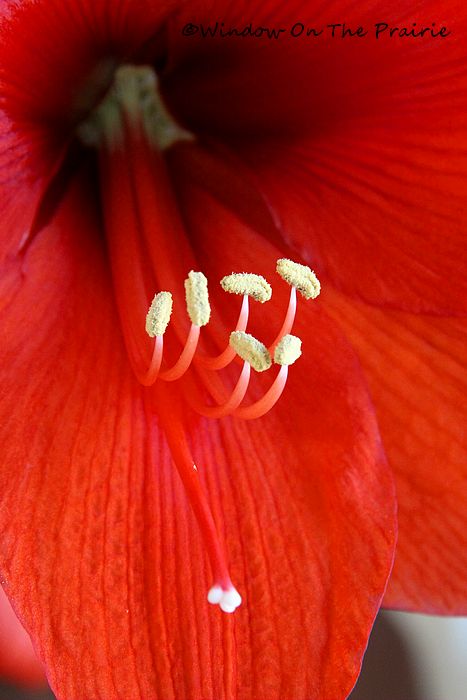 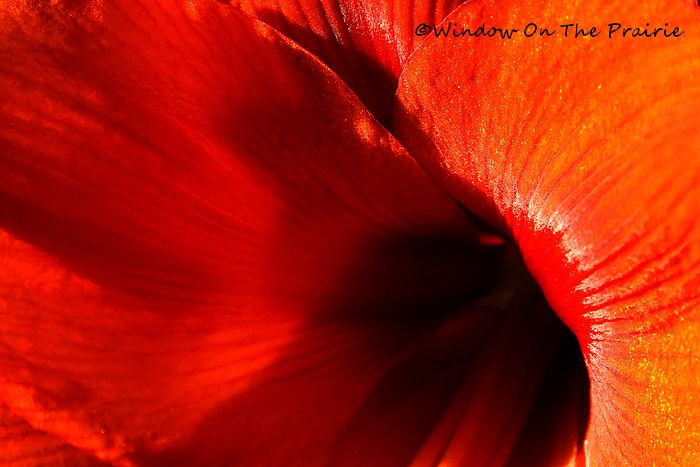 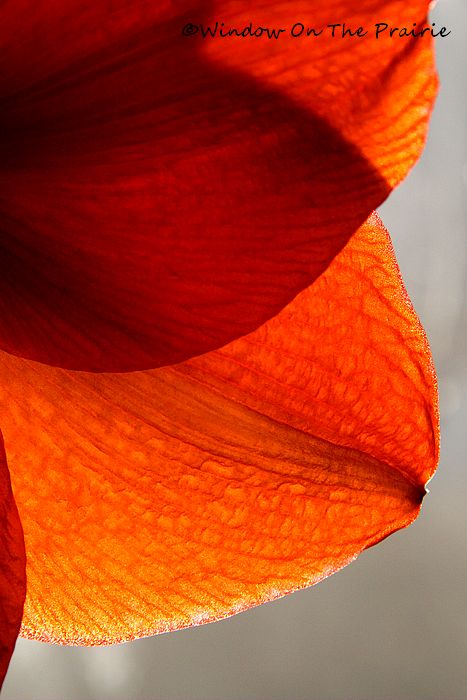 Thank you so much Glenda for giving us these glorious flowers to enjoy in brown January. 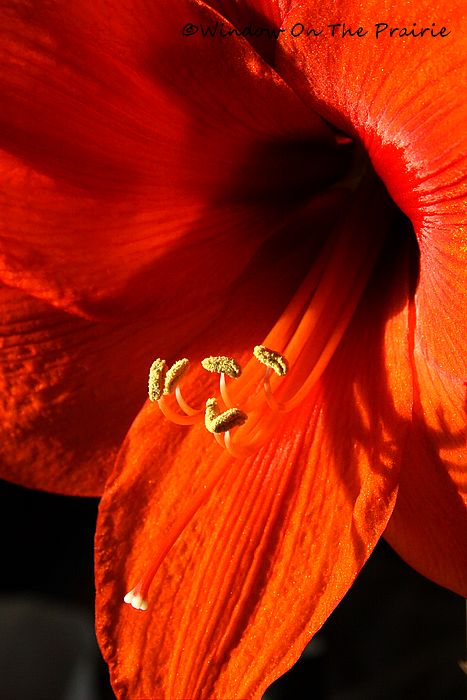