Sunday evening and into Monday morning, Harland and I witnessed one of nature’s greatest spectacles in North America:  the Sandhill Crane migration.

Wintering in the southern United States, they begin their northern migration in early spring. Cranes are large birds, standing between three and four feet tall with a wingspan of six to seven feet. 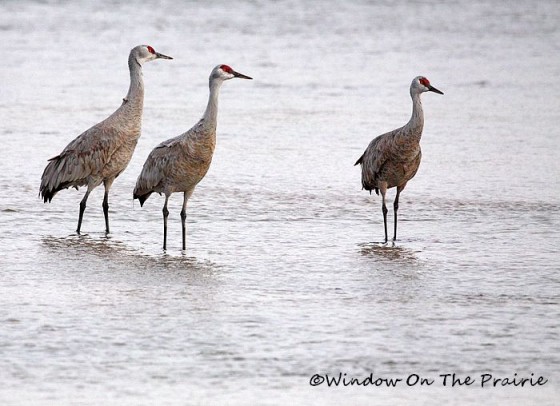 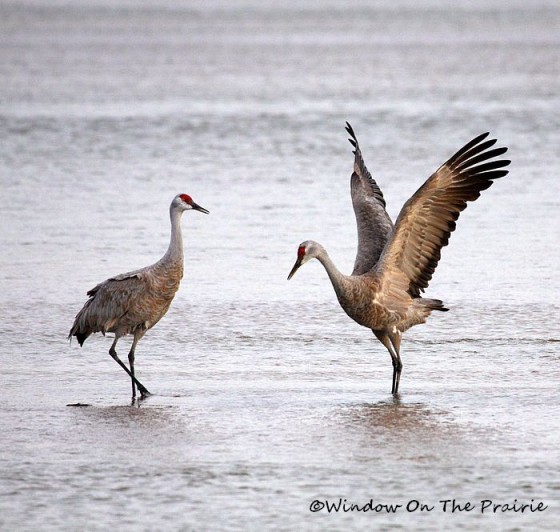 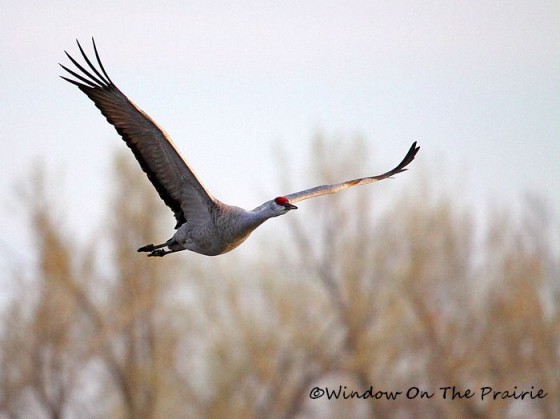 By late February, nearly half a million cranes congregate on the Platte River area in south-central Nebraska to feed and rest before resuming their migration north to Canada, Alaska and some as far as Siberia. During this time, they feed on waste corn in the fields during the day, and roost in the Platte river at night.

To see this spectacle up close, we rented a “photographer blind” set on the banks of the  Platte River at Rowe Sanctuary. 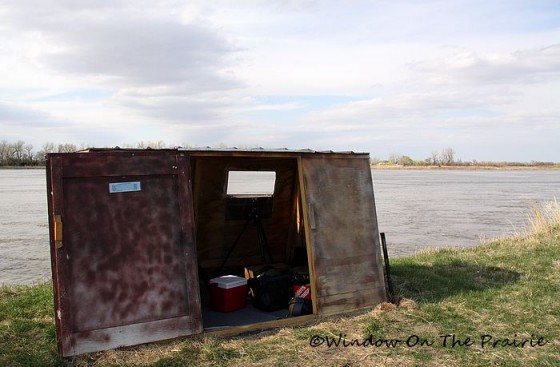 We entered the blind Sunday evening, and stayed the night, leaving it again Monday morning. In a 6 by 8 foot space, it was a tight fit for all our gear and sleeping bags, but it was well worth the inconvenience.

After feeding in the surrounding cornfields all day, the birds began to arrive at the river to roost for the night at sunset. Soon, thousands of birds covered the sandbars and shallow areas of the river. 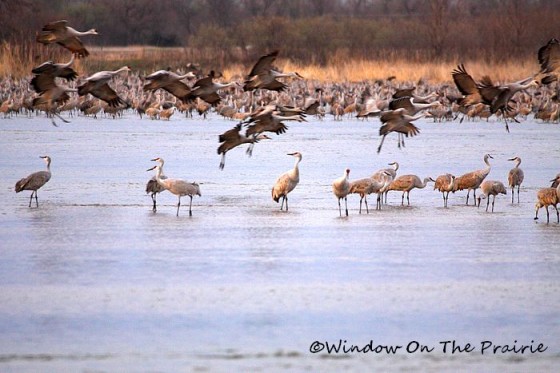 They eagerly drank and bathed in the river. With our cameras on tripods and long lenses we clicked away, but not for long as dusk settled quickly. Then we packed up our photo gear to make room for our sleeping bags. We crawled in, put earplugs in our ears to block out of the raucus chatter of thousands of cranes, and slept, or tried to.

Before sunrise, we awoke, dressed in the darkness, put away our sleeping bags and set up our camera equipment again to catch the cranes as they flew up from the river. 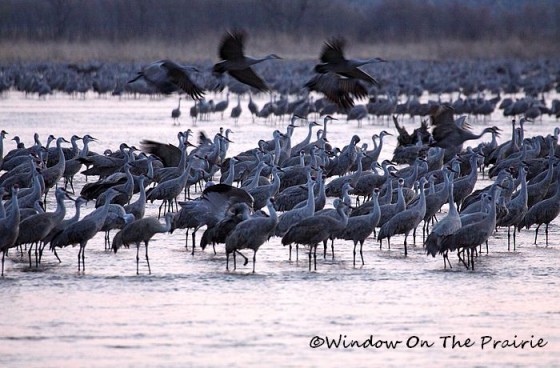 As the sun rose, the cranes preened themselves, socialized with each other, and eager to return to the fields to eat, danced in anticipation. This is the best part of crane watching. They crouch down, fluff their feathers, and then jump several feet straight up into the air wings outstretched. 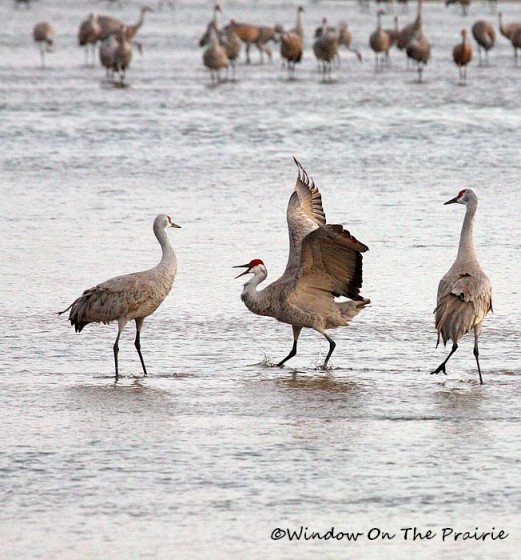 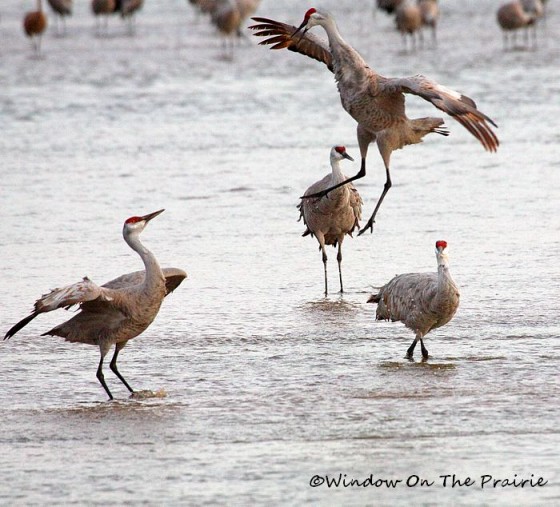 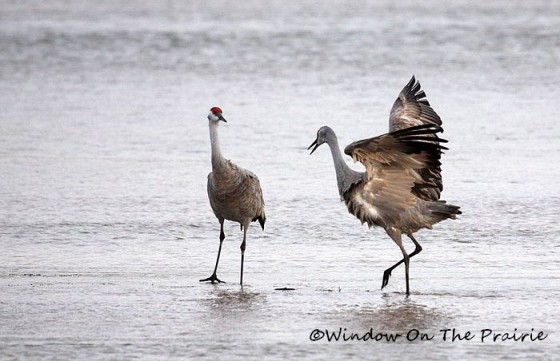 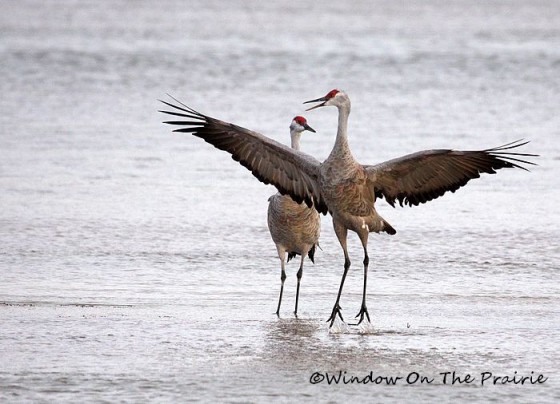 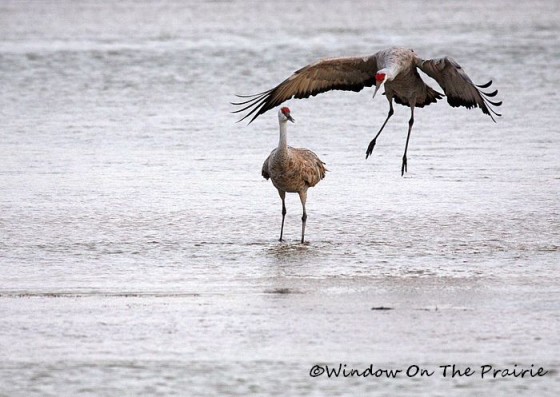 The dancing is contagious – one may start, but their neighbors can’t resist and begin to dance about as well. 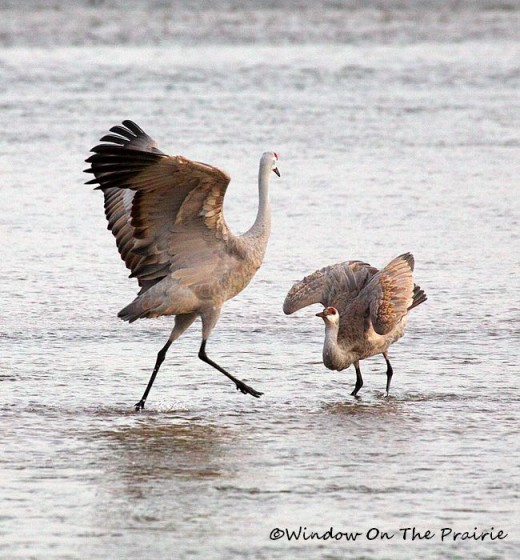 Then, in small or large groups, the cranes left the river. 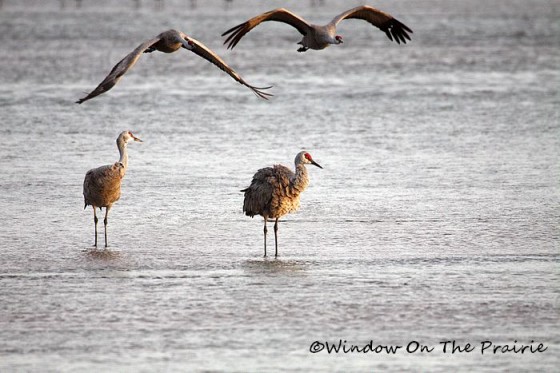 They took off into the wind for lift, and headed out for the day to feed and rest in the surrounding fields. 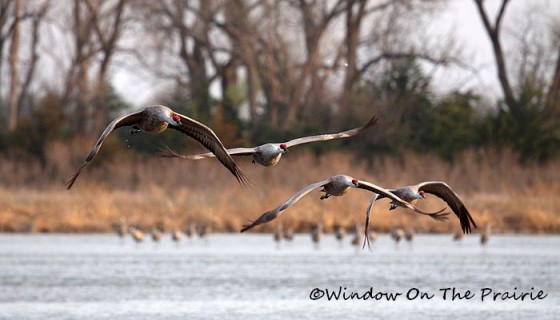 When the last crane left the river, 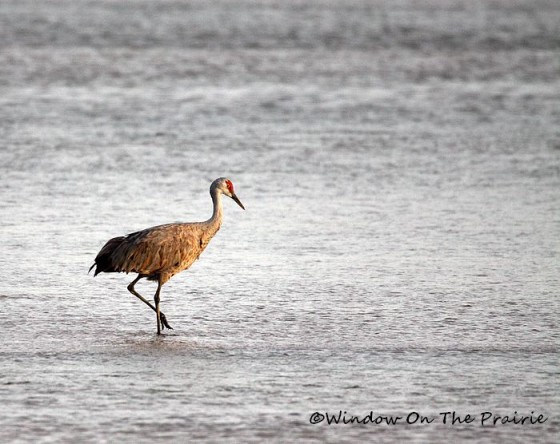 we opened our blind’s door and stepped out gratefully into the morning sun.

Tomorrow, I’ll have a video of the cranes to share with you.

Have a great day!

To learn more about Sandhill Cranes, you may visit the Rowe Sanctuary website.