Much as happened this week, and we’re very close to putting the new siding up. 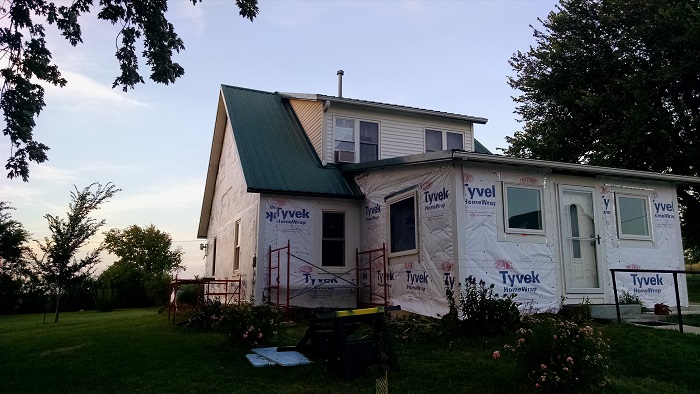 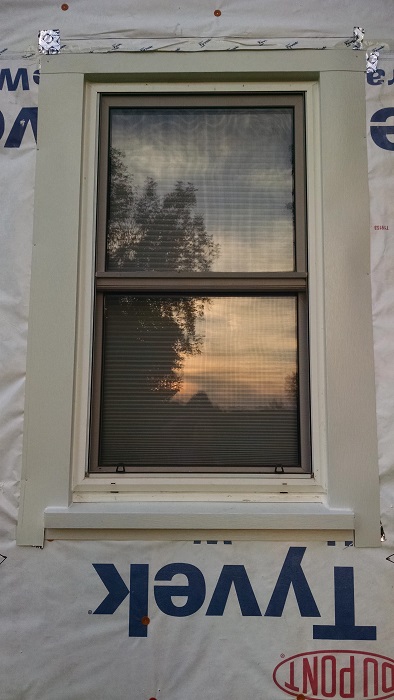 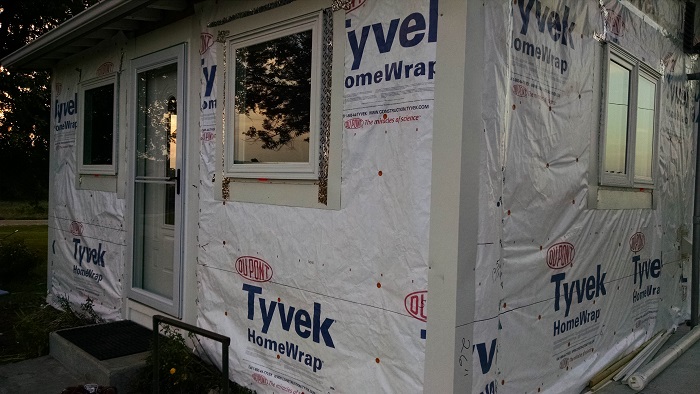 Gerald and Ramona (Harland’s brother and his wife) have been doing some measuring and figuring in preparation for starting the siding and there are little notes written all over the house: 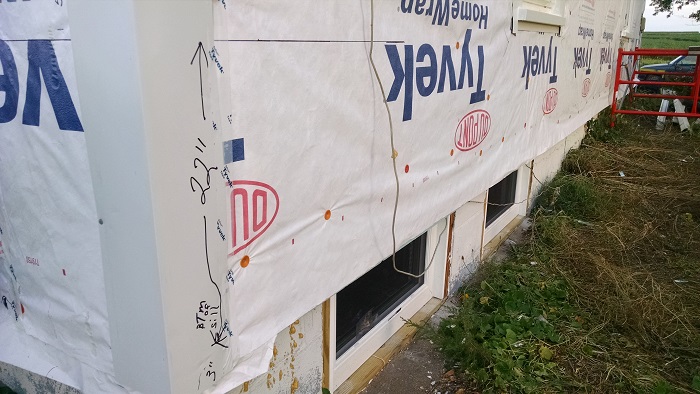 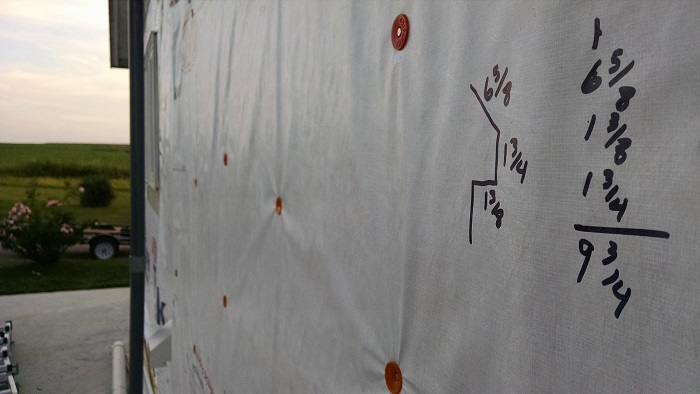 Even though the project isn’t done, we’ve already noticed a big difference in our home:

I feel like I’m living in someone else’s home.  It feels so snug and tight.  Both Harland and I grew up in drafty old  houses, and we’ve never lived anywhere that is airtight. It’s going to take some getting used to.