I spent the weekend watering young trees, the vegetable and flower gardens, and young bushes. Our yard is like a blast furnace, and it’s all we can do to keep up with the watering to make sure everything survives this heatwave. On a break from watering I found this picture that I took in Missouri a few years ago. 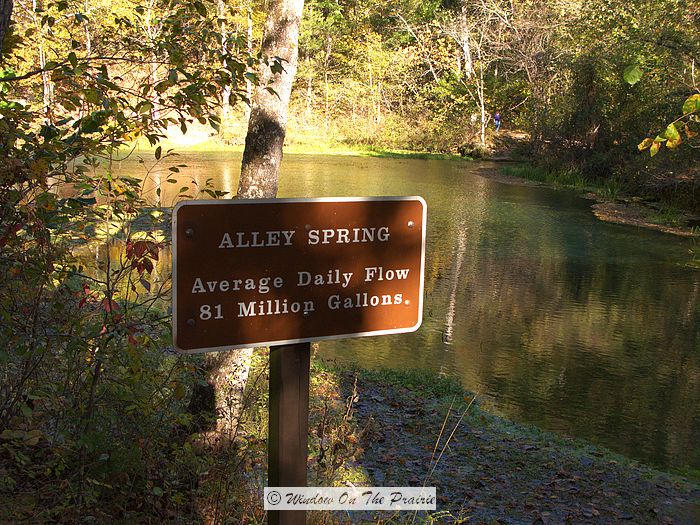 “What a coincidence,” I thought. “That’s the same amount we need every day for the watering!”

Ok, so maybe not that much, but it sure seems like it.

Alley Spring, near Eminence, Missouri in the Ozarks, rises up out of the ground into a large pool, 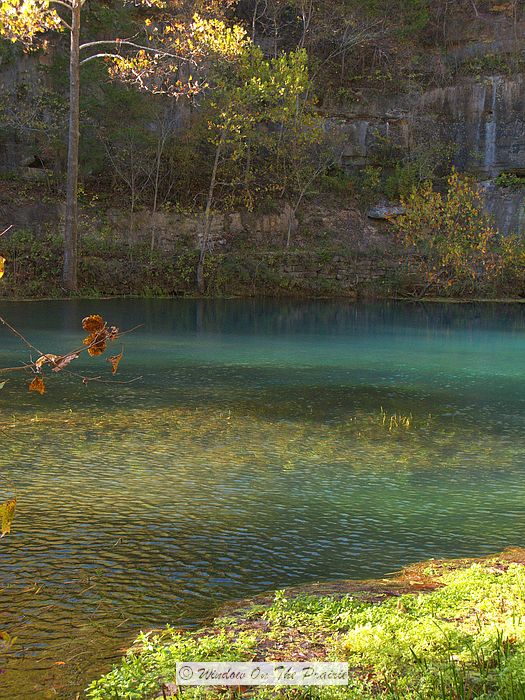 and then flows into a stream. 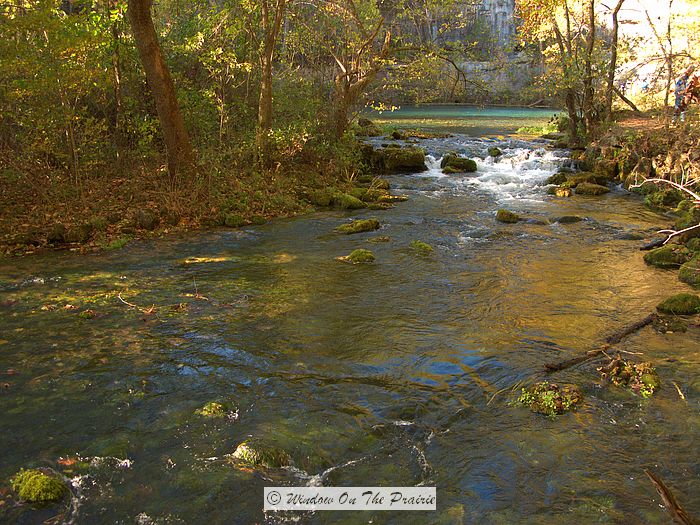 The area was first occupied by native Americans, and then settled in the 1830s by European immigrants from Tennessee. In 1868, the first mill was built to grind the local farmer’s grain. It was powered by the flowing water from the spring. Soon, a small town grew up around the spring with a post office and blacksmith. In 1894, the present mill was built, 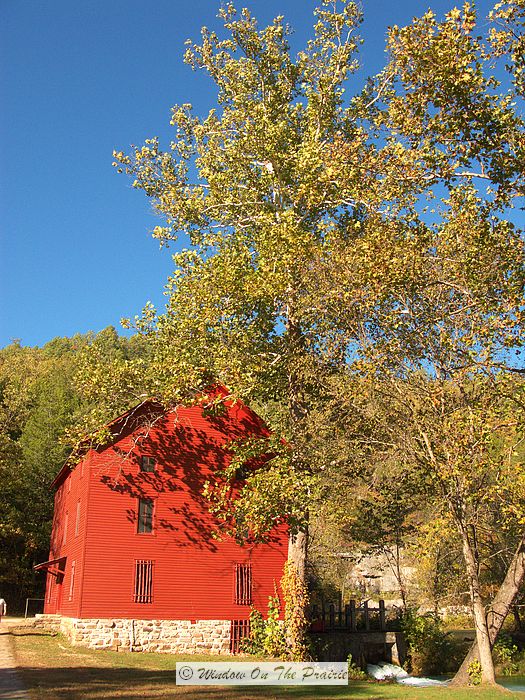 a state of the art mill for its day, with power derived from the spring via a turbine, 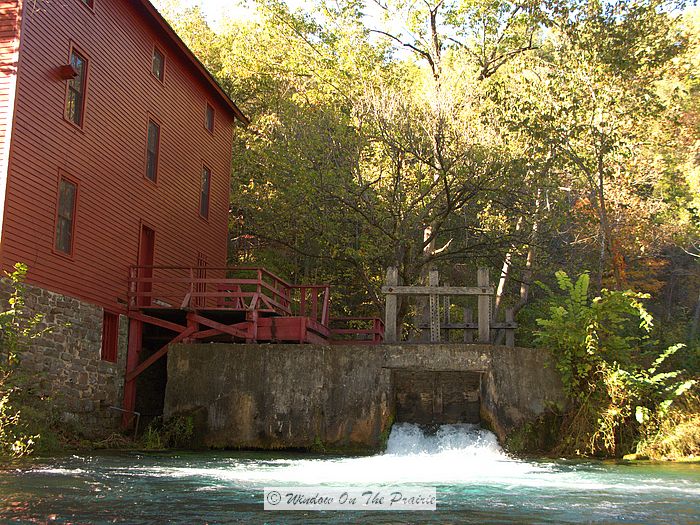 instead of a waterwheel, and with rollers instead of stone grist stones for processing the farmer’s grain. Farmers from miles around came during harvest time with their families to have their grain turned into flour or meal, and they would camp near the spring and stream for several days. 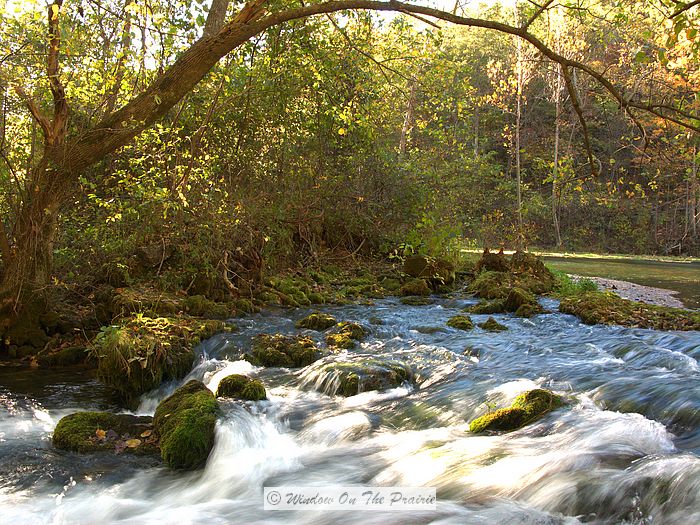 While the adults caught up on local gossip, the children played with each other, and the young adults formed relationships that sometimes led to marriages. With the passing years, the town grew with the  addition of a school and  a general store. But in early 1900s, the town’s growth slowed as need for the mill’s services declined. The spring continued to attract visitors though, and for a time from 1913 and into the 1920s, there was a commercial resort that attracted patrons from as far away as St. Louis. The mill closed in about 1950.

Today, the spring still attracts visitors to walk the trails beside the stream, 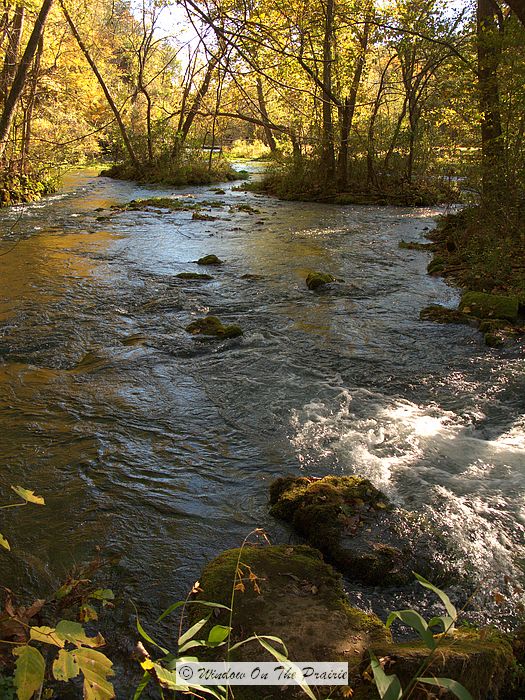 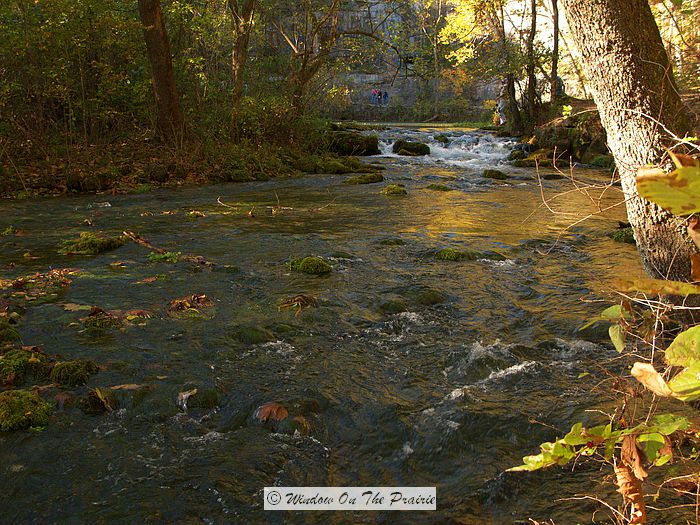 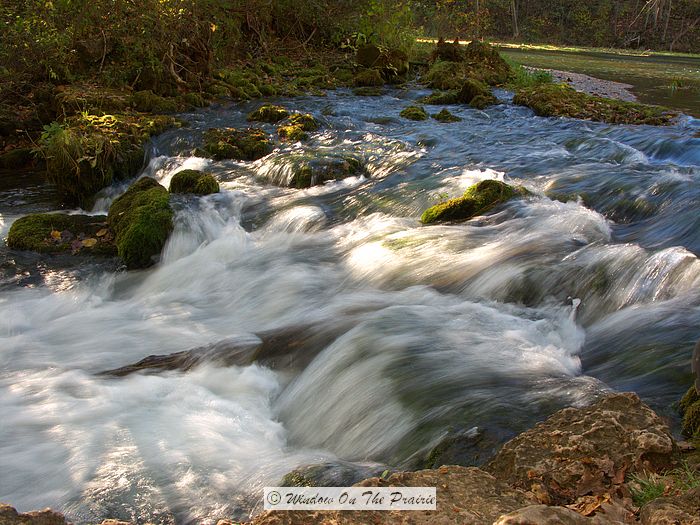 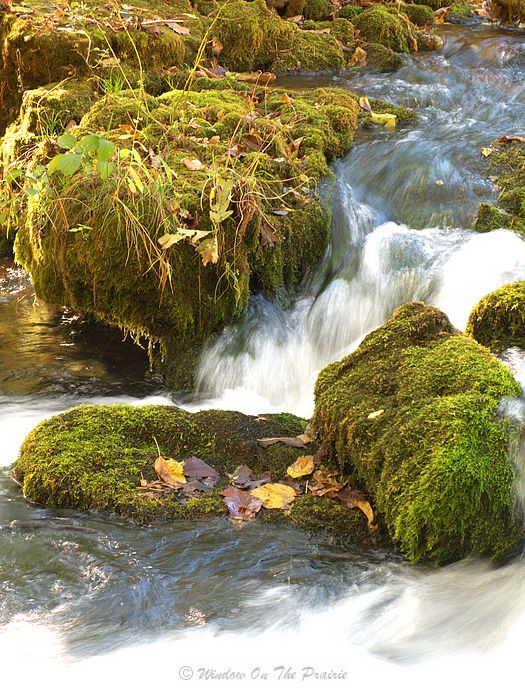 and tour the mill, 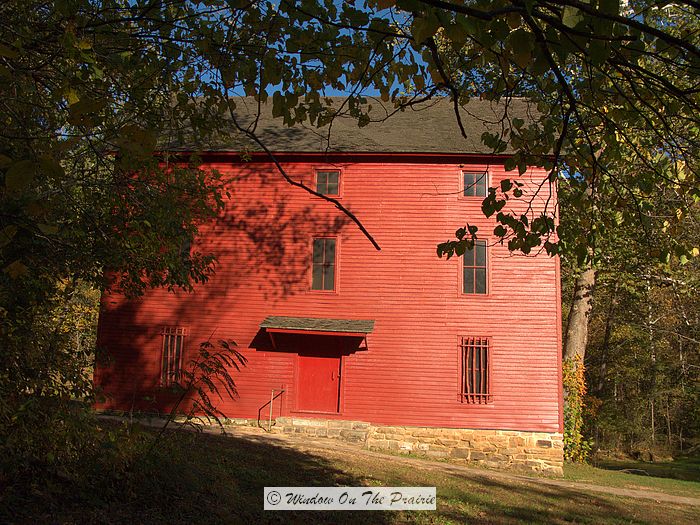 which is not operational, but is under restoration.

Hope this little trip back in time, along with the pictures of the cold spring water eases your heatwave woes.

—–>Tomorrow:  A tour of a lumber baron’s late 19th century mansion atop a high hill overlooking the Mississippi River. See you then! 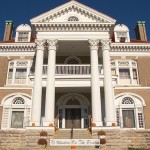