On the 4th day of our Christmas (we may not go home again) vacation, we arrived in Natchez, Mississippi. And since it was so much warmer there than our farm in northeast Kansas, we decided to relocate. We took leisurely drives around the lovely old town marveling at the beauty of the numerous 19th century mansions, enjoyed a fresh seafood dinner one night at a restaurant overlooking the Mississippi river, and toured antebellum mansions. We stayed in a B & B with a view of the river, and enjoyed a delicious southern-style breakfast the next morning.

One of the mansions we toured was Melrose Estate. 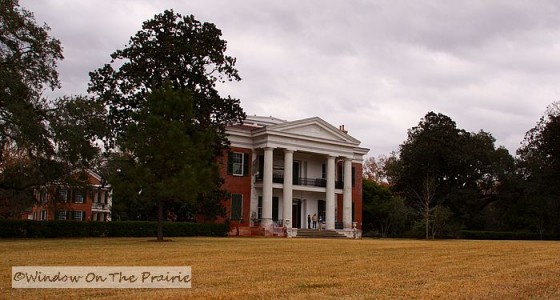 This was not a plantation house, but a residence built by a couple by the name of McMurran.  John McMurran moved to Natchez from the north in 1825 to set up his law practice. In 1831, he married Mary Louisa Turner. Ten years later, John’s law practice was thriving, and he and Mary began construction of their dream mansion in 1841. Eight years later, the home was finally completed, and they and their 2 children moved in. It had a dining room, 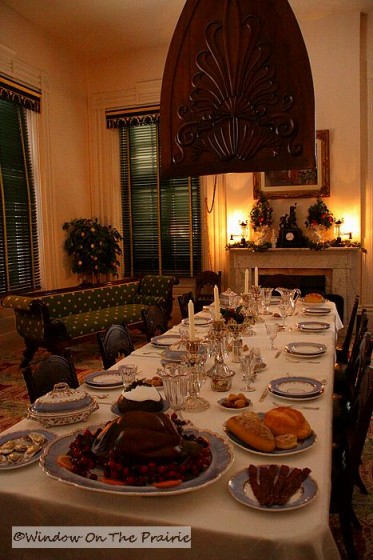 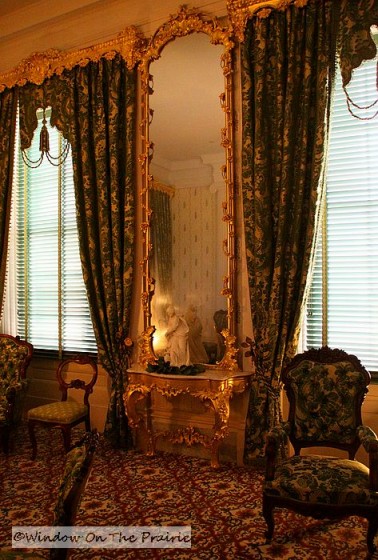 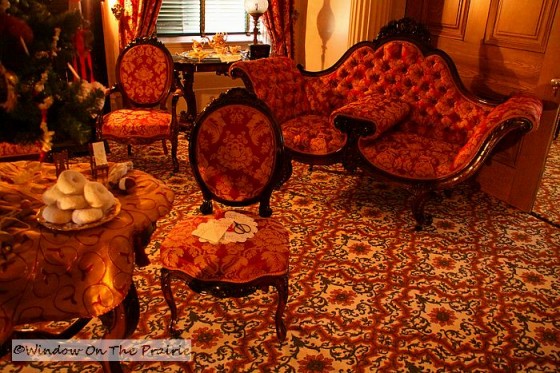 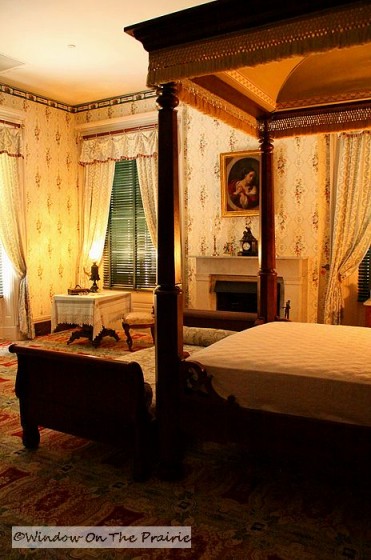 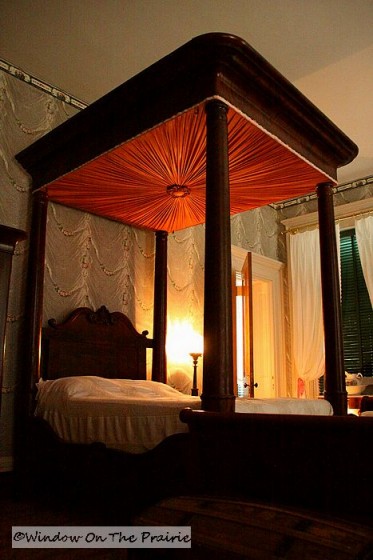 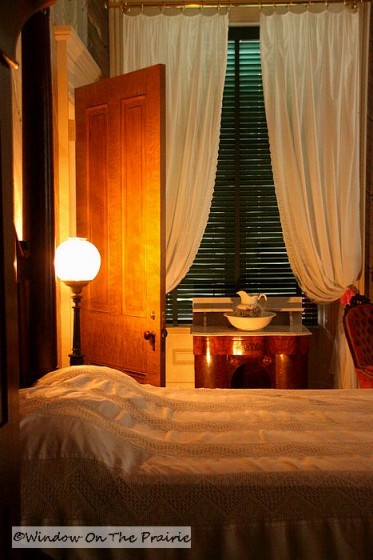 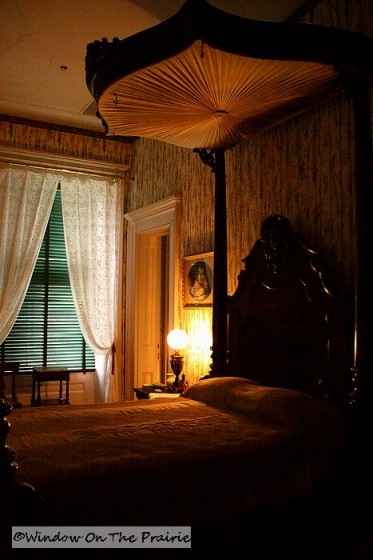 library, and pantry.  Several outbuildings served the needs of the house, including a detached 2 story kitchen, cistern house, dairy, chicken house, carriage house, smokehouse, privy, and of course living quarters for the slaves. The family’s fortunes continue to prosper and by the mid 1850s, they owned or partly owned 5 plantations and 325 slaves. In 1856, both of the children married: John Jr. at the bride’s house in Maryland, and Mary Elizabeth at Melrose with the ceremony taking place in front of the dining room fireplace. 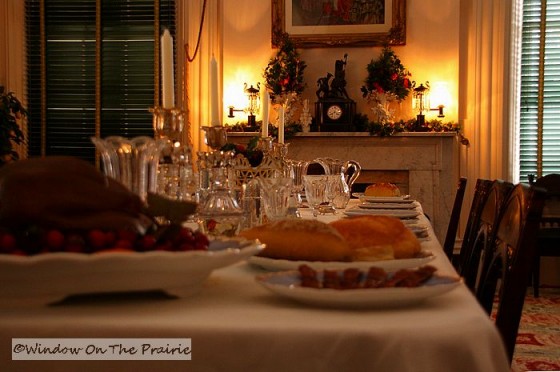 But like many of the families of the time, their fortunes were greatly diminished by the Civil war.  With the collapse of the southern economy, the death of their daughter, Mary Elizabeth, and several grandchildren from disease, Mr. and Mrs. McMurran sold their beautiful mansion along with its furnishings in 1865. They had planned on moving north to Maryland, but in 1866, Mr. McMurran died in a steamboat accident. Mrs. McMurran remained a widow until her death in 1891.

In the last 20 years of the 19th century, the house stood empty, looked after by former slaves. During most of the 20th century, the home was occupied by 2 families, and finally sold to the National Park Service in 1990. Remarkably, each time the house was sold, its furnishings were part of the sale, so it remains an complete historical example of mid 1800s life.

My favorite items in the house included the large pankha, or wooden fan,  hanging from the dining room ceiling. Swung back and forth creating a breeze over the table, it was powered by pulling a rope attached to it. This was usually done by a young slave. 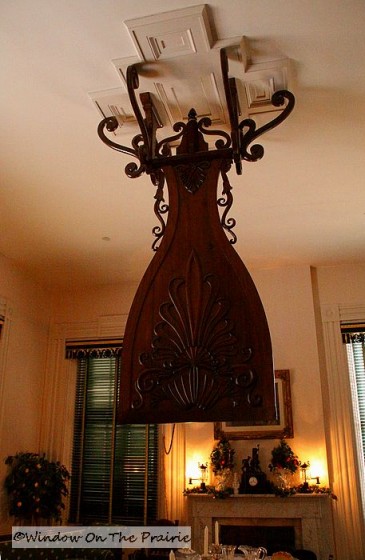 The light fixtures were spectacularly ornate. Even the ceiling where the light was attached was decorated. 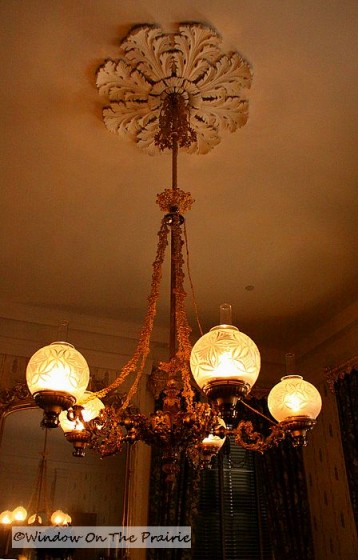 This gaming table positioned between two seats caught my eye in one of the parlors. The table can be removed, and the seats swivel, much like modern office chairs. 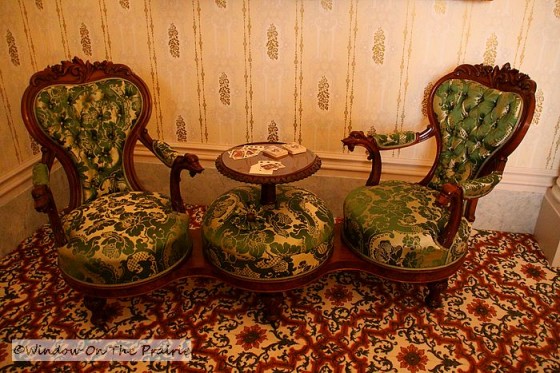 The floor coverings, while sometimes clashing with the decor, were very pretty and brightened the rooms. 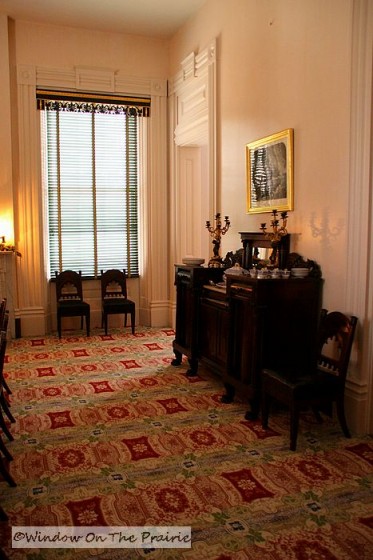 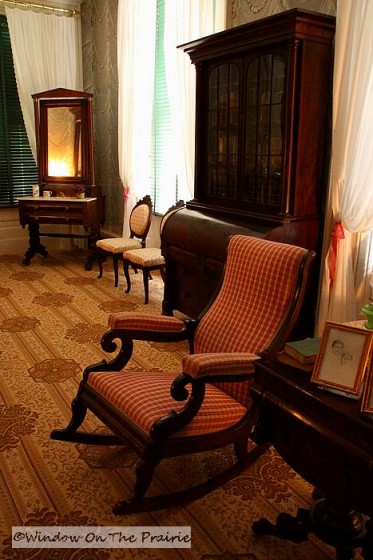 We thoroughly enjoyed the tour. It was like stepping back to a time we’ve read and heard much about, but understand better for having seen a small snapshot of the pre-Civil War south. 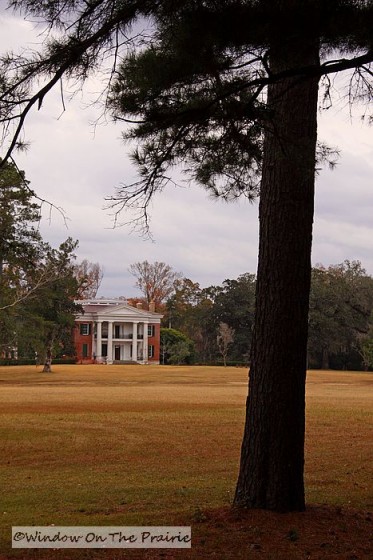 ——–> UP NEXT: Come along as we tour Rosalie Mansion, one of the gems of Natchez. 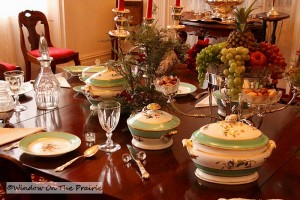