One afternoon a couple weeks ago, I was doing some work on the computer when I decided to check the weather. The radar revealed a large storm coming up from the south towards us. It appeared to be a slow mover, so I decided to rush out and get the grass mowed.

Round and round I went cutting the grass into submission and keeping a weather eye out as the sky became ominously dark.  I went faster and faster around the lawn leaving the ground when I would hit a bump and taking the corners on 2 wheels. Mario Andretti would have been proud of me.  I finished up in record time as the first drops of rain began to fall.  I put the mower away in the garage, and headed to the house as the wind whipped the road dust up into clouds.

Safe in the house, I waited for the storm to break over us. A few drops fell, the clouds rolled…

……….. but no rain. I checked the radar again. The storm had stalled just south of us. I looked outside. The early evening light played against the dark edge of the storm: Magic Light.  I grabbed my camera.

A large hay bale at the edge of our yard posed against a backdrop of tall field corn. 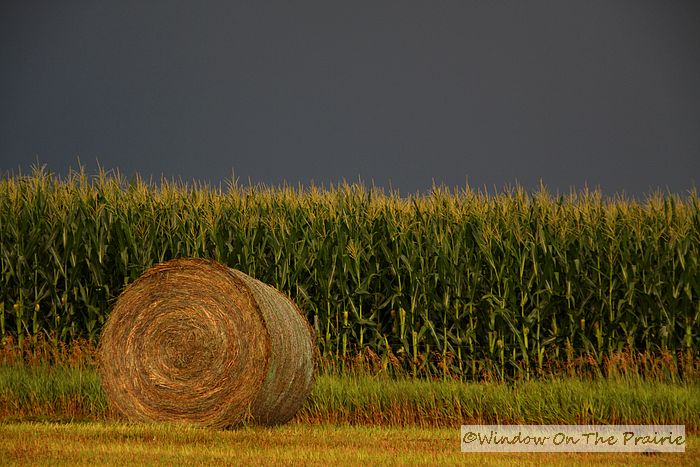 Looking up the road from our driveway: 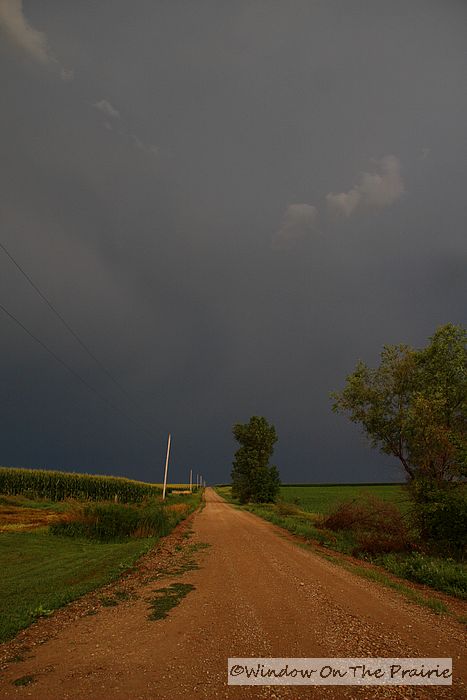 I hopped in the truck and headed towards the storm.

About a mile from the house, red clover bloomed on the right edge of the road, 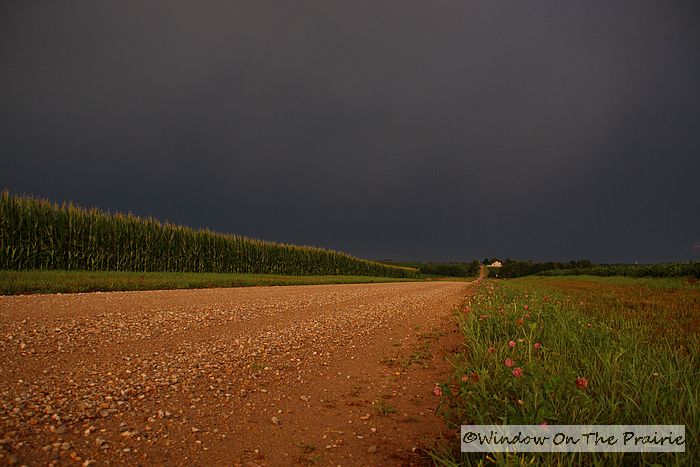 while stately field corn loomed over me to the left. 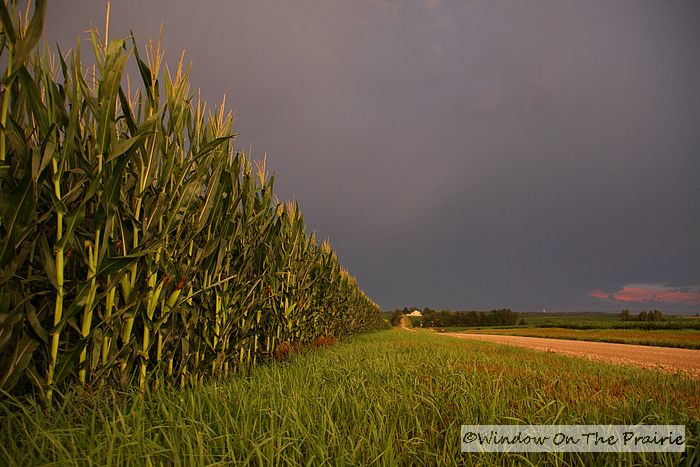 Further down the road an abandoned house stood tall against the gloom, 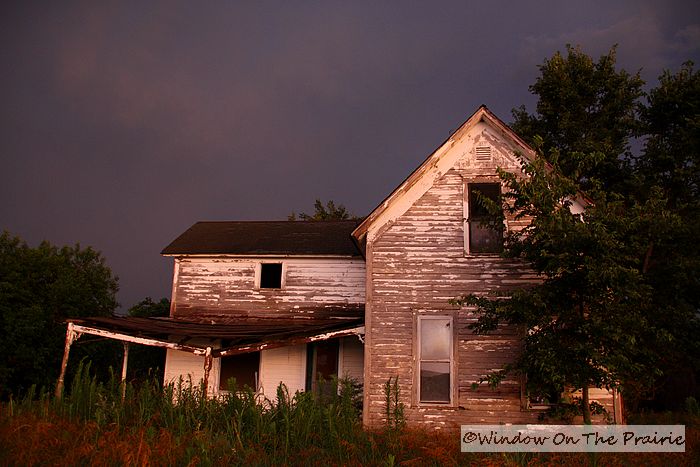 and a barn waited patiently for the rain that never came. 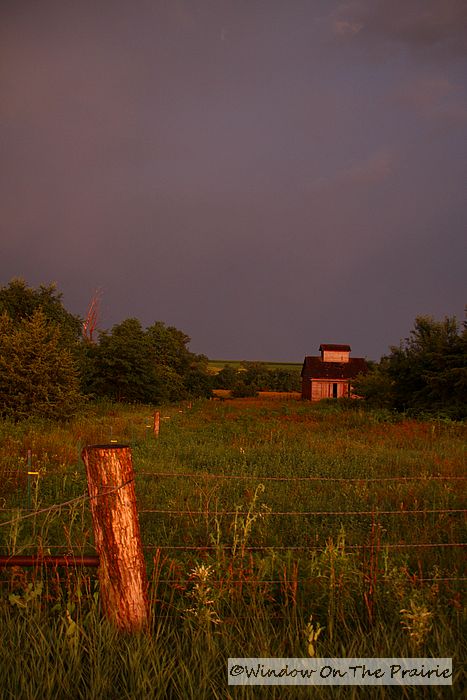 I headed home disappointed that we didn’t receive any rain, but glad to have witnessed some very dramatic light.

Just wanted to share a pic I took last winter of the same barn seen above: 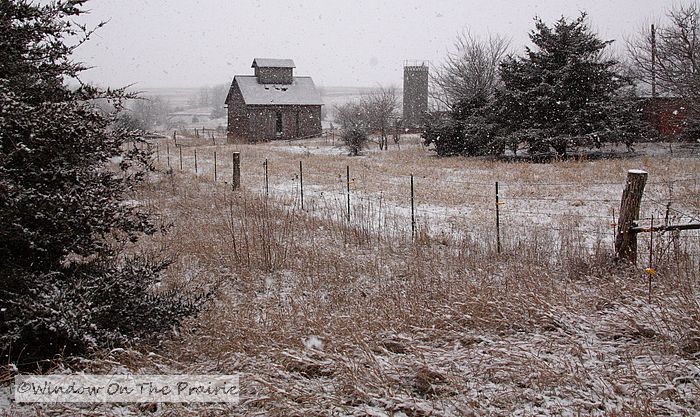 Lately our temperatures have been consistently over 100 degrees every day. Looking at this picture, it’s hard to believe it was ever that cold here.

Have a great weekend everyone!