Bison Herd In The Fall

A couple weeks ago we saw the bison herd at the Tallgrass Prairie National Preserve for the first time since mid-June. They were resting near the trail so we stopped and watched them for about a while. 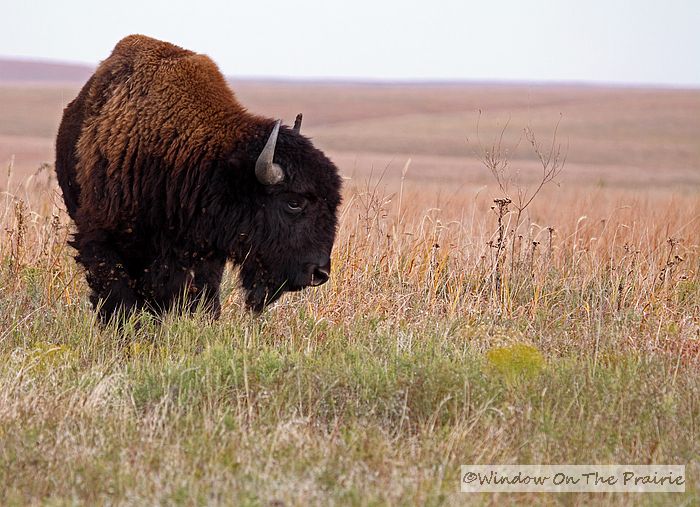 On our last visit, the first calf of the summer was just a month old and probably only weighed about a hundred pounds then.

Here’s how it looked back in June. 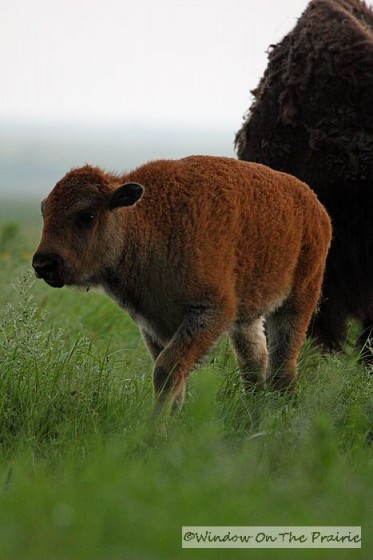 He has shed his baby light brown coat for a dark brown one and has grown a great deal over the summer, probably weighing in at about 500 pounds.

Here he is today on the left. 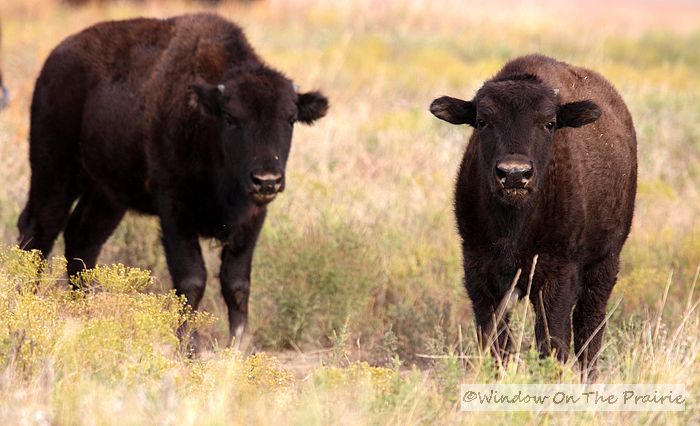 And he’s been joined by another baby calf, born in early July. (above right, and below). 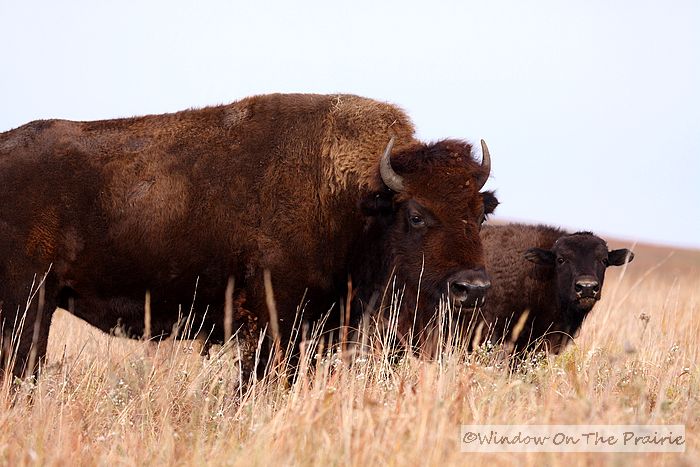 Second bison calf with its mother 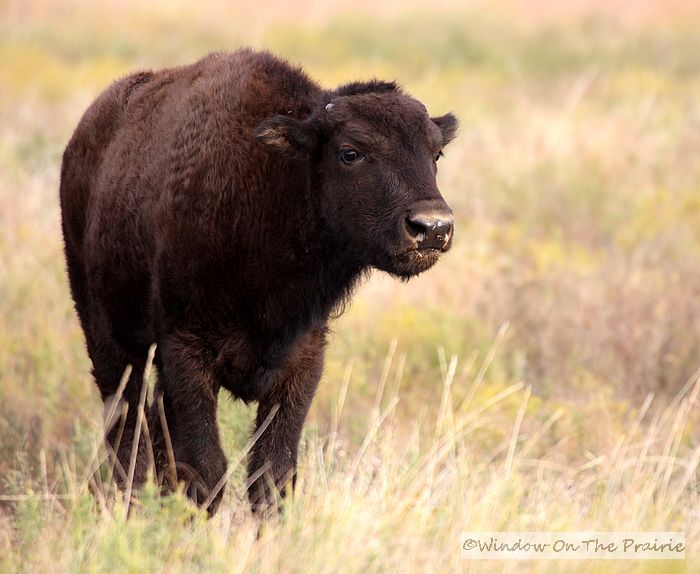 Bison enjoy a good dust bath regularly, and will use the same areas repeatedly eventually creating a depression in the ground, or wallow. 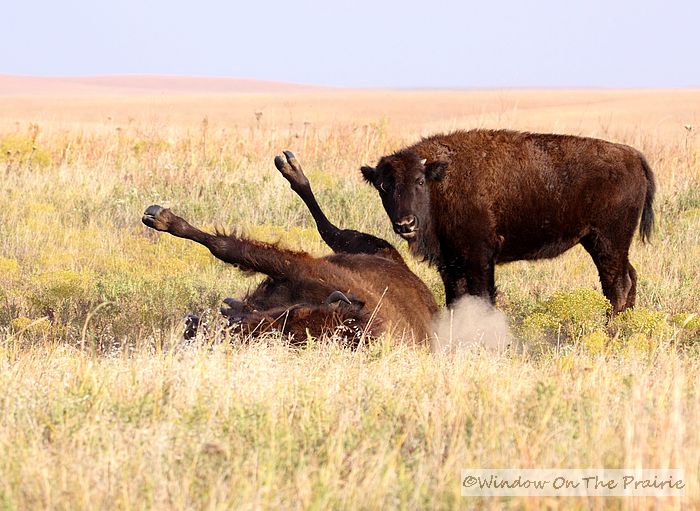 Above, a bison cow takes a dustbath while her calf watches.

Finally, the cow finished, got up and walked away. 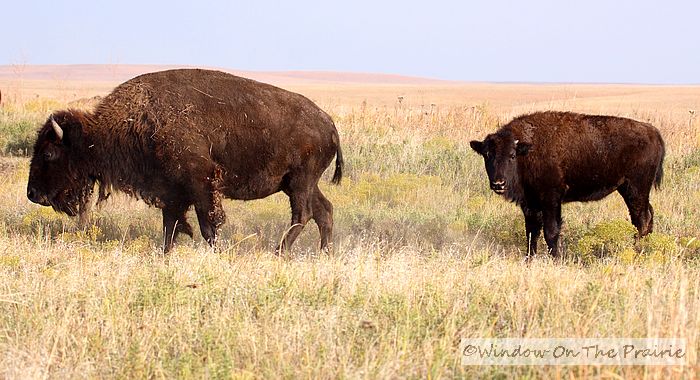 Then the calf, imitating its mother, took its own dustbath. 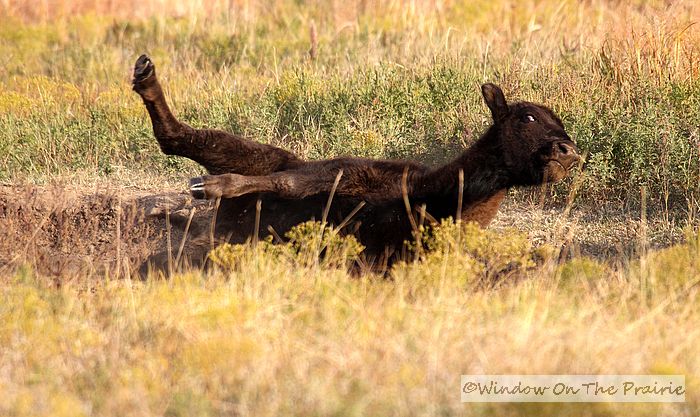 We also watched as two of the bison bulls engaged in a shoving match. 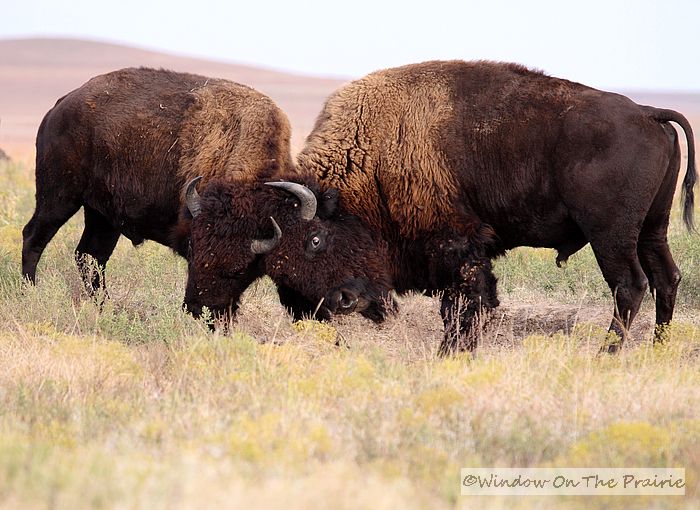 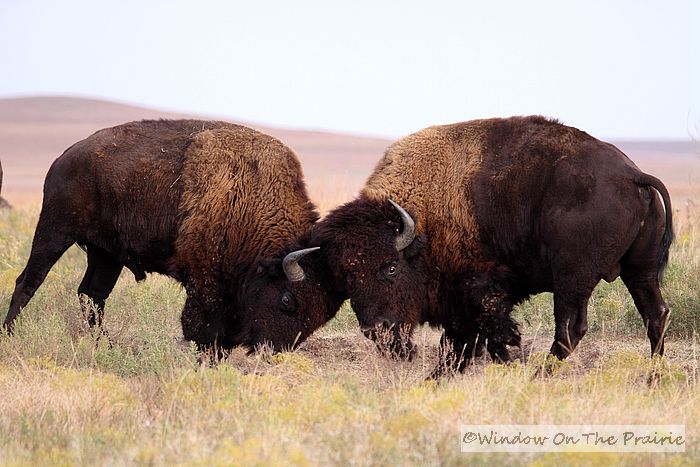 They weren’t really fighting, but just kinda testing each other out.

The two calves are almost the same size and age and so they make good playmates for each other. Here, they have a shoving match of their own, albeit on a smaller scale than the bulls. 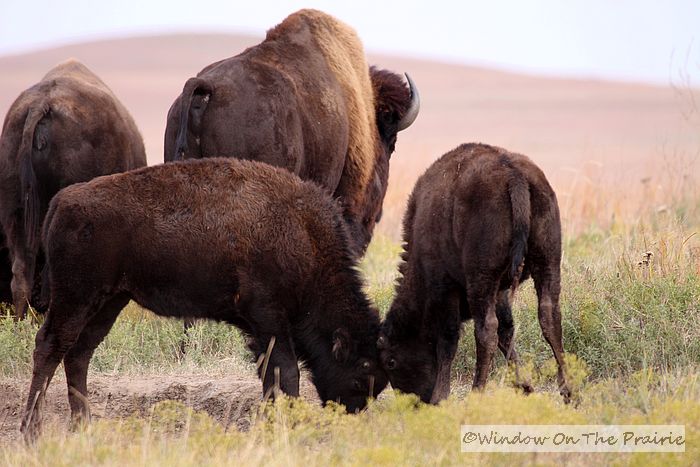 It’s so fascinating to watch the herd and how they interact with each other.

—–>  Tomorrow, I’ll share a video I took of them while there. The bulls do a little fighting, the calves play with each other, and a young bison comes in for a very close look at me.