Kitty Hiding In The Forest 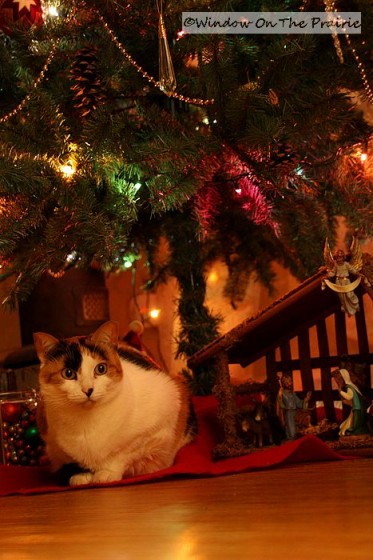 Kitty is enjoying our Christmas tree as much as we are, maybe more.  She loves to sit under it probably because her instinct tells her she’s a tiger in a jungle forest awaiting her prey. 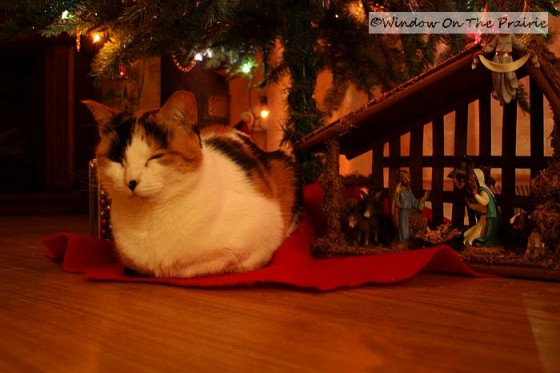 Thankfully, she doesn’t disturb the ornaments, but the nativity scene takes a beating every once in a while. She likes to knock over the sheep and the shepherd. One evening, I heard a scuffle from the living room and looked in to see her sitting there innocently. 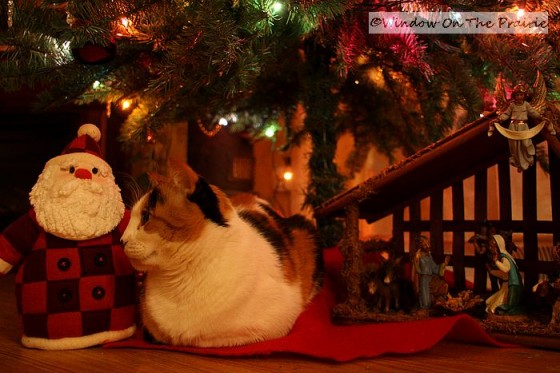 The shepherd however was flat on his back in the middle of the floor about 3 feet from the manger. He didn’t appear to have any wounds so I put him back where he belonged and chastisted Kitty to stop harrassing him. Since Mary, Joseph, and the baby Jesus appeared on Christmas eve, the shepherd has been hiding behind them in the back of the manger out of harm’s way. 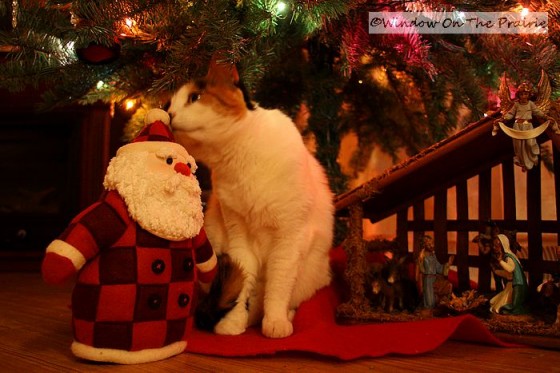 Kitty’s jungle world will be taken down after the Epiphany in about a week. Kitty will be disappointed, but she’ll console herself by hiding under the endtable and jumping out at the hapless humans. 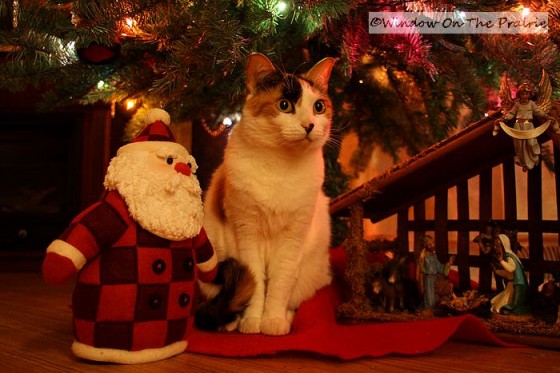 After all, Kitty needs some sort of prey to practice her hunting skills.

Thank you for all your comments yesterday regarding my Blogger’s block. I appreciate all your suggestions and now have lots of ideas for upcoming posts. Stay tuned!

Tags: Kitty Hiding In The Forest