If you have a housecat like we do, you know that they can shed enough fur in a day’s time to knit a sweater. To combat this constant fur deluge, we lint roll our clothing and furniture. But somewhere along the line we decided to go directly to the source and just lint roll Kitty, removing her loose fur. 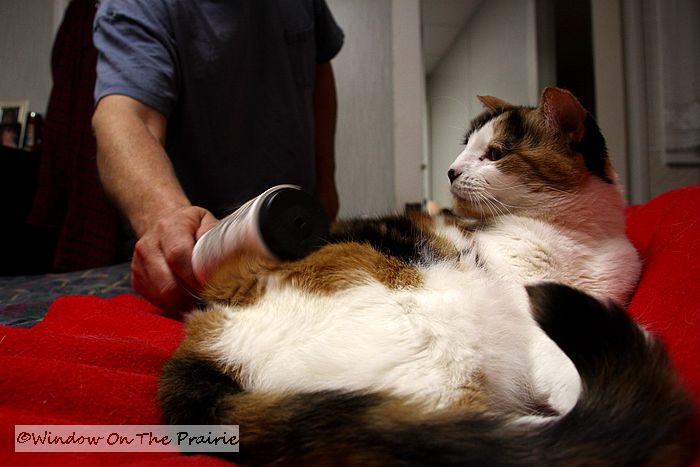 At first, Kitty is surprisingly tolerant of this process. It’s like a massage to her. But she has a love/hate relationship with the roller. She quickly changes her mind and gets cranky. She could just get up and leave at this point, but instead, she decides to stay and fight. First, she gives dirty looks to the offending party, Harland in this case. 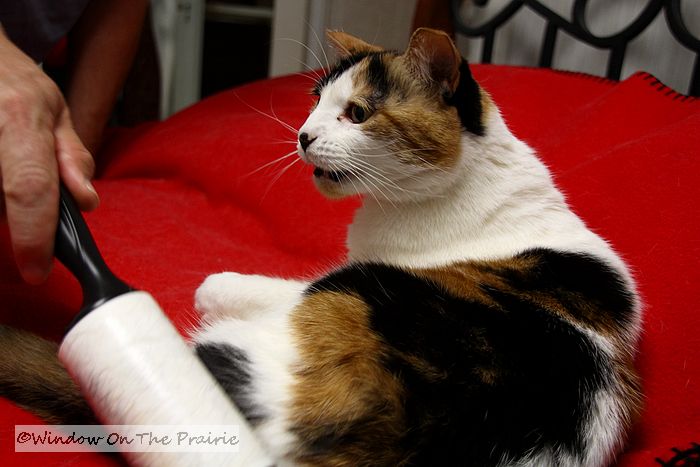 When that doesn’t work, she tries to scratch without using her claws, at first, but then the claws come out. 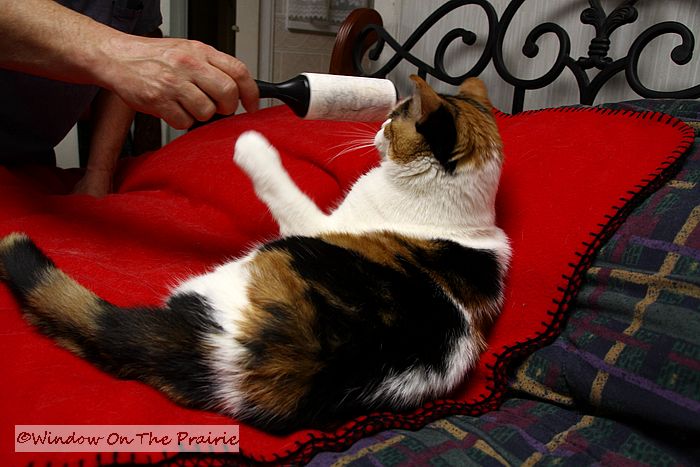 When that doesn’t work, she shows her fangs. 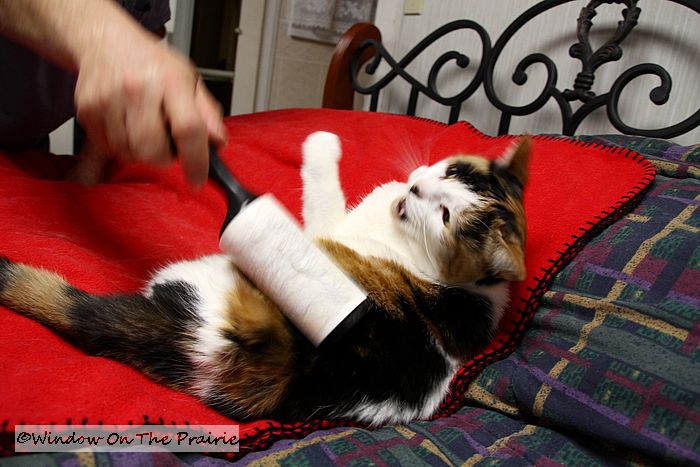 When that doesn’t work, she tries to bite. 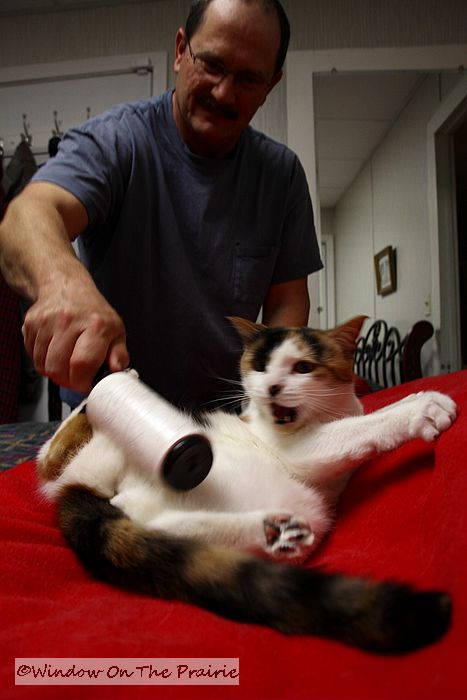 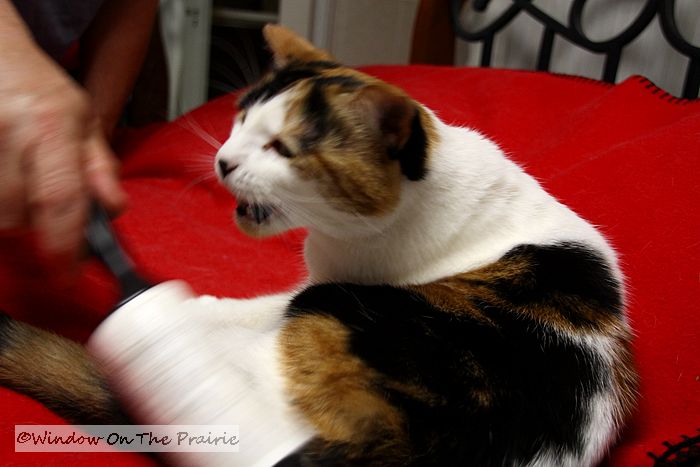 Lint rolling the cat at this point turns into hand-to-hand combat. 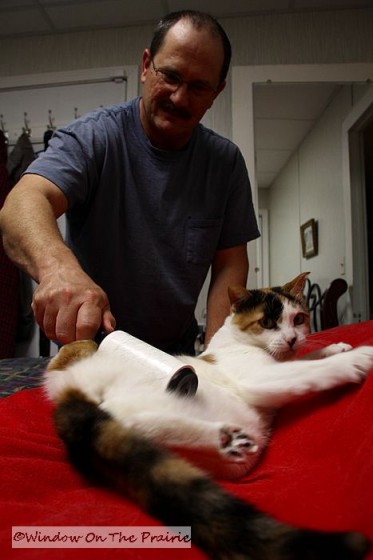 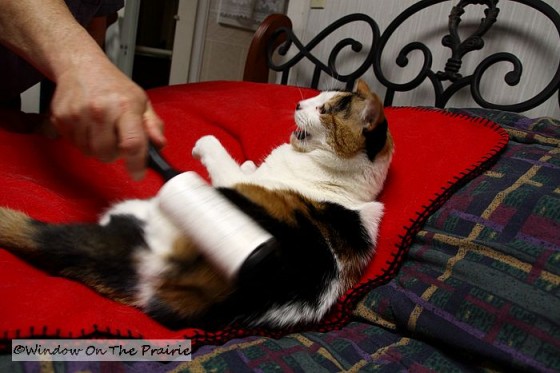 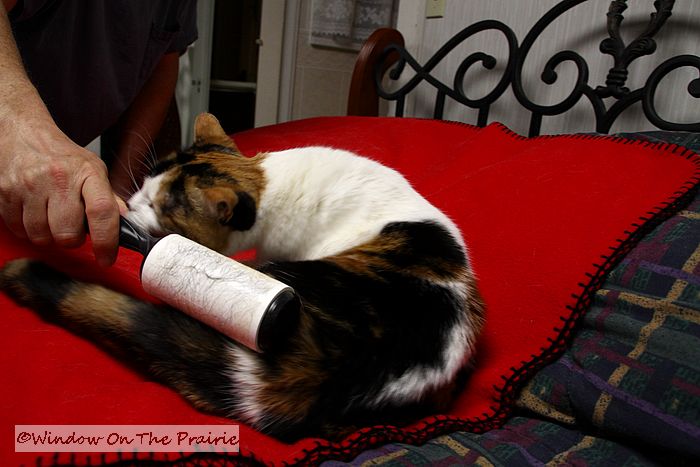 Kitty has all the weapons, but Harland is quick to duck and dodge to escape injury, while at the same time continuing to lint roll Kitty from all sides.

Finally, she admits defeat and leaves the field. 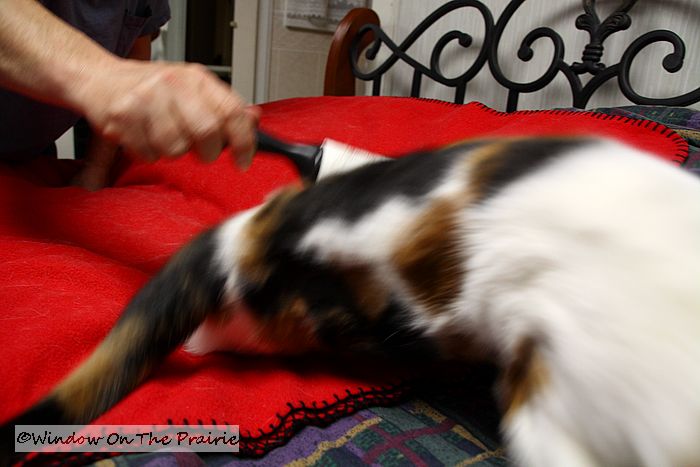 And here’s the result! 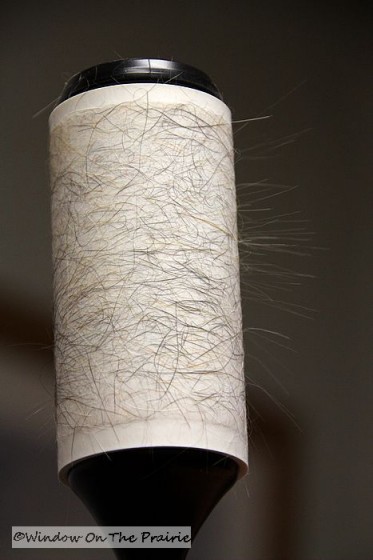 At least this much fur will not end up on us.

After this particular battle, Kitty later made up with Harland. While we were watching tv in the living room, she jumped into his lap, curled up, and purred. And peace reigned supreme in our world.

This morning, it was 13 degrees, and the wind was blowing fiercely out of the north. Kitty escaped out the door as I left for work, but I didn’t have to chase her down to return her to the safety of the house. I just held the door open and waited because I knew what was coming next: She got about 10 feet from the door, realized it was snot-freezing cold , made a U-turn, and hopped back into the house.  Ha!