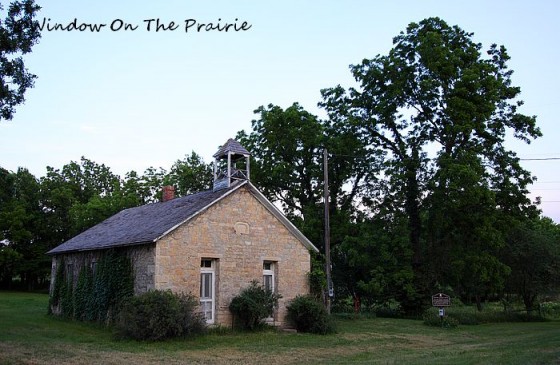 Another school house we visited last weekend with our houseguest, Glenda, was the Snokomo School House. 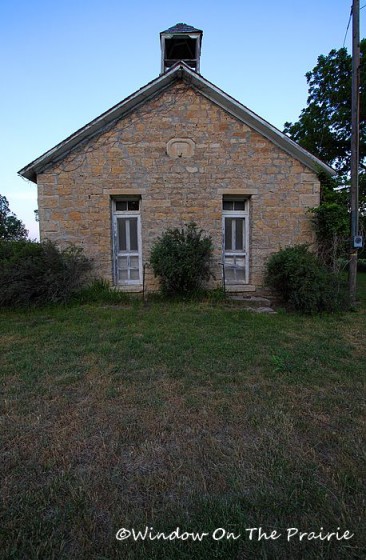 Back in the late 1900s, school terms averaged about 7 months per year, and maybe longer or shorter due to weather, epidemics, or the school district’s ability to pay the teacher. Male teachers were paid more than female teachers, and contrary to common belief, districts preferred male teachers as it was thought that they could better control the older farm boys. 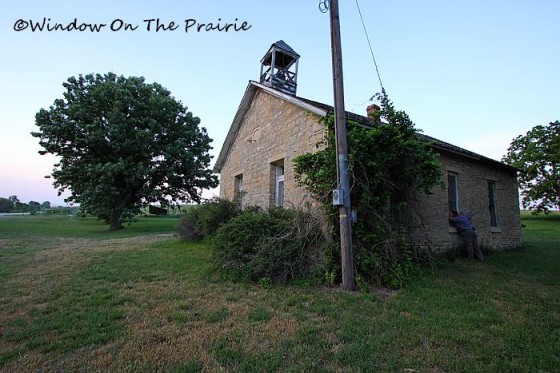 Teachers rarely stayed at a school for more than 2 years. But despite all the problems, the illiteracy rate for Kansas in the late 1800s was less than 3 percent as compared to 8 percent today.

School continued in the little stone building until 1941 when consolidation forced its closure. 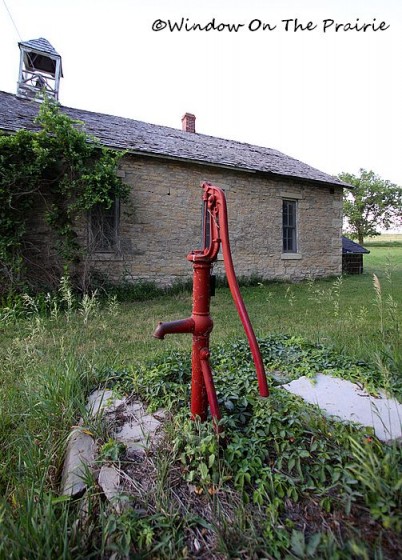 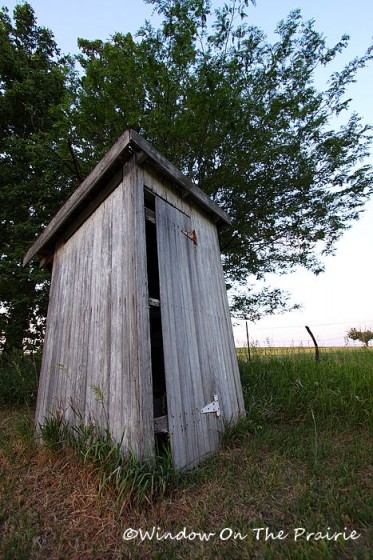 In 1947, the Silent Workers Club, a local community group, purchased the school for $1.00 and it was converted into a clubhouse.

In 1975, the old school was completely restored with labor provided by the Silent Workers, former pupils and former teachers of the school. 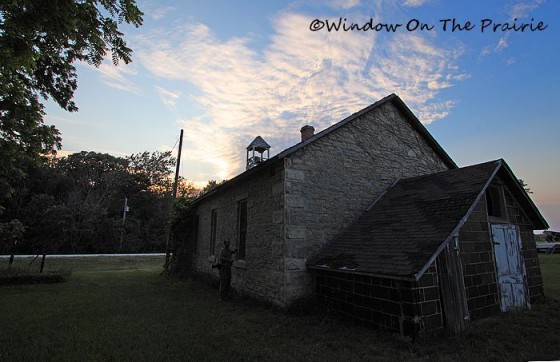 Then in 1991, a tornado took the roof, upper part of one of the walls, bell tower, chimney, girls’ outhouse, and some of the school furnishings. So, the Silent workers club rebuilt the roof and made the other necessary repairs to the school.

But today the school is in need of some TLC. Virginia creeper vines are taking over the north wall, 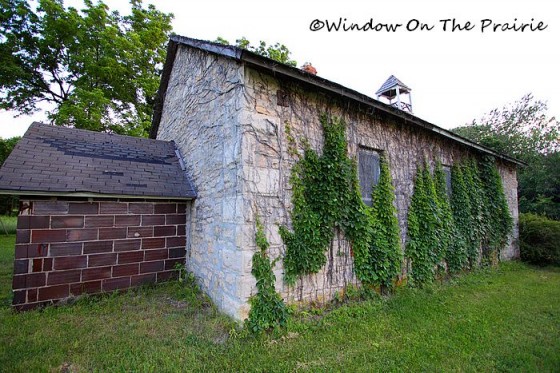 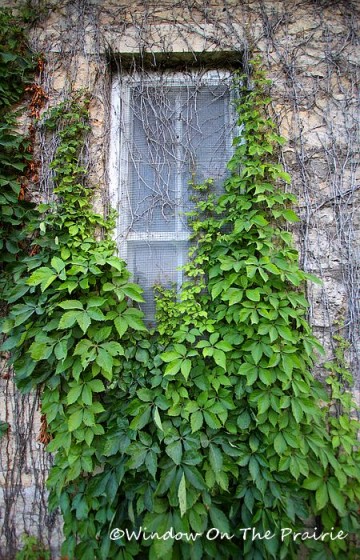 wasps are building their nests in the doorways, and the bell tower is leaning.

But on a lighter note, the swings work fine. 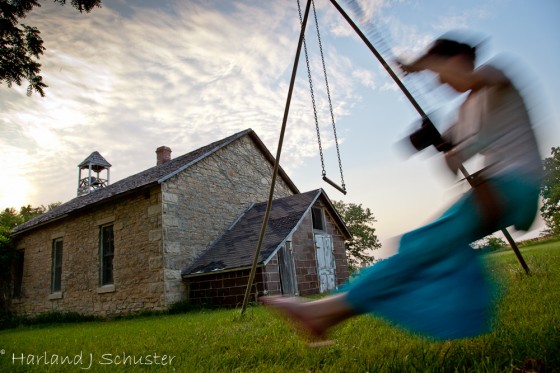 I haven’t been on a swing in years and years….and boy was I nauseous. Blah…. 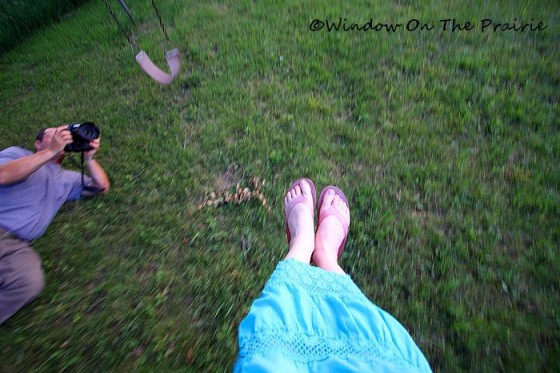 It was fun though. 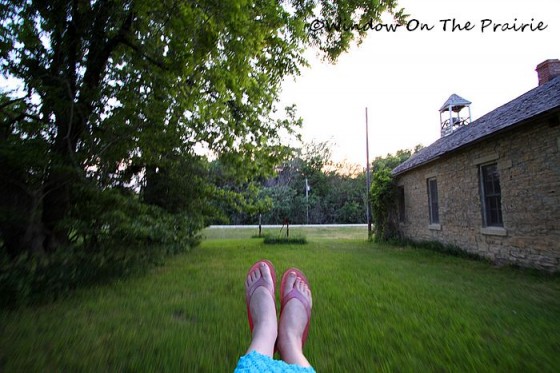 Details about the building of the school and its history can be found on the 1994 National Register Application by clicking HERE.

If you would like to visit the Snokomo School: