What Are We Up To 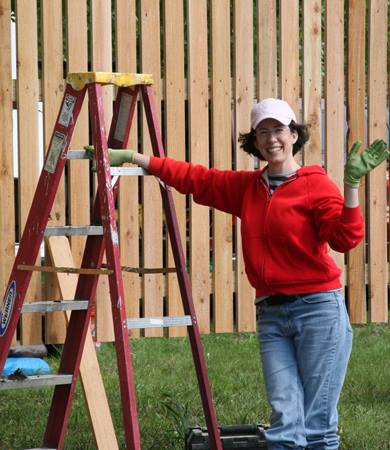 We had a great weekend here.

Saturday morning, Harland came back from feeding the outdoor lions (barn cats) and said that the last heifer had finally had her calf. We’re now officially done with calving. We’ve been so distracted with gardening, planting crops, and other spring stuff, we didn’t even notice she was close and so were taken by surprise. From the looks of how lively the calf was, she must have had him the day before. So Harland headed back up to the barn to eartag the calf before turning them out to pasture as I watched from our front yard in my bathrobe. Ah, the joy of living in the country and having the luxury of stepping outside in one’s bathrobe in the early morning sunshine.

Anyway, I watched as Harland began to eartag the calf and the cow kept rushing him trying to clean his clock and Harland kept swinging at her with the eartagger to keep her back. Like some strange version of a bullfighter in Spain.  Finally he got the tag inserted and left Nervous Nellie alone with her baby. As he walked back to the house he remarked that we’ll never have to worry about coyotes doing anything to that cow’s calf.

So Harland left for the day, while I got a load of laundry going and then headed up to Falls City, NE to go antiquing at a place I’ve never been before: Norma’s Antique Mall located at an old JC Penney store. Seven thousand square feet of antique booths.  BLISS!   So I lingered there for a couple hours and saw lots of things I wanted but talked myself out of. I came away with a little white tablecloth with a crocheted edge and cutwork.  I’ll put it on the end-table in the living room.

Then I had a cheeseburger and fries at Runza (the best around).

Then I stopped by a couple greenhouses looking for cucumbers and came home with 5 plants. And I bought a lavender plant too. I don’t have much luck with lavender, it keeps dying on me or not making it through the winter. But the variety I bought is supposed to be more winter hardy so I’ll give it a whirl.

When I got home in the mid-afternoon, I ran out and planted the cucumbers and tomato plants and then filled up water towers for all of them to protect them from cool nights and the wind. Then I ran in to shower and change. Harland came home and showered and changed too. Then we headed to church. The rest of the evening is a blur. Supper was in there somewhere but I don’t remember what happened the rest of the evening. Old age is creeping in.

Sunday morning, we both headed out to do some volunteer work and were back home by the early afternoon. 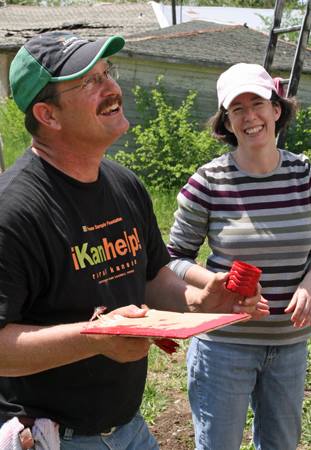 We took a quick Sunday nap, and then I did some housework. Later Harland made supper while I made a cherry pie. We kept a eye on the skies as they were darkening and clouds were rolling in. Harland hurried out to feed the steer we’re fattening up for our freezer, thinking he would be back before the storm broke. But the rain began to pour down a few minutes after he left.

Lovely lovely rain pouring down in buckets. Rain falling on our green grass, our plum trees with tiny plums, our vegetable garden with potatoes, onions, lettuce, tomatoes, cucumbers, and tiny sweet corn just coming up. It rained on our field corn also just coming up, and the soybean fields Harland just planted last week. It rained on the wheat just starting to head out. I stood at the window watching the rainwater run down the driveway and puddles form in the vegetable garden while the smell of baking cherry pie filled the house. We got over an inch from this storm.

When Harland came back he was soaking wet, so he changed and we then watched a little tv, had a slice of warm cherry pie with whipped cream, and then showers and bed.

I’ve been so busy lately that I haven’t taken any pictures, so you’ll have to take my word for it that all of the above happened as I have no proof that it did, except for the volunteering bit.  🙂

Hope all of you had a great weekend as well.

Tags: What Are We Up To