As I was driving home from work yesterday, something pink on the edge of the road caught my eye. 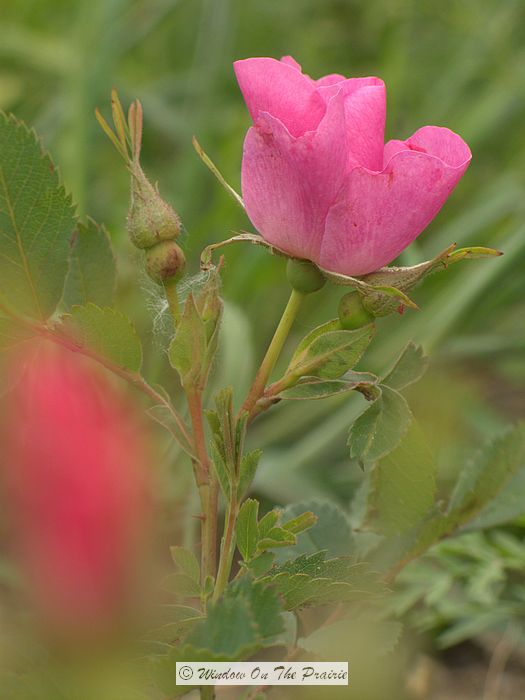 It was the Prairie Wild Rose starting to bloom. A native plant, it grows primarily along the edge of gravel roads here. Its range is most of central North America between the Appalachian and Rocky Mountains, and from Canada south to New Mexico and Texas. It is very resistant to drought because its roots go down as much as 20 feet. The plant can be anywhere from 1 to 3 feet high.  It blooms for several months here in the late spring/early summer. Each flower stays open for a few days before being spent. The flowers also close at night, and reopen in the morning. On cloudy or rainy days, they stay closed. 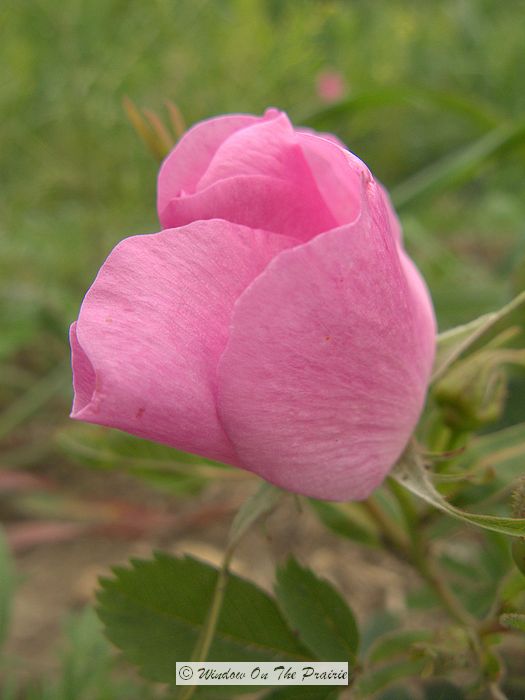 It’s been cloudy or rainy here for over a week, so I wasn’t able to get a picture of it fully open.  While the flowers are a pretty pink, the buds are a bright red. 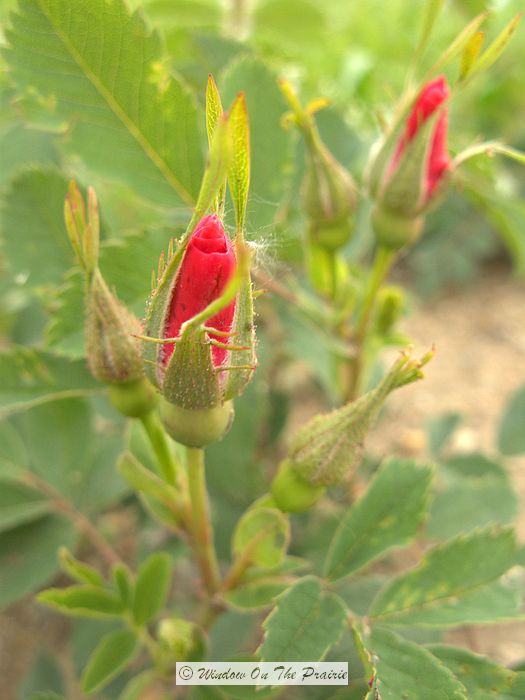 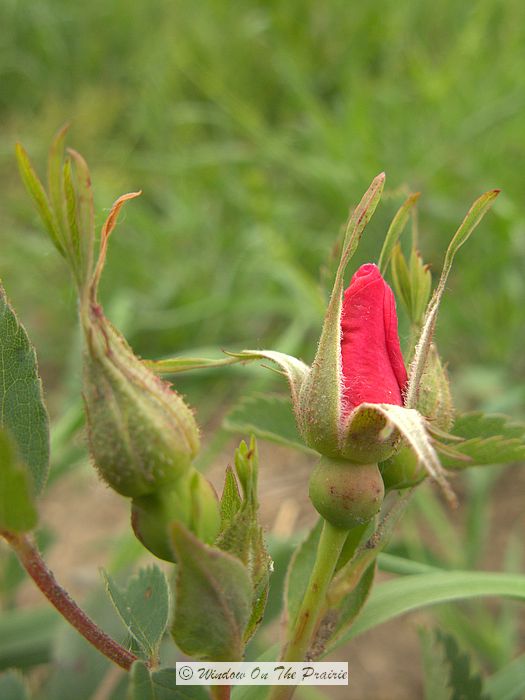 The rose hips contain high levels of vitamin C, and were eaten by the Native Americans.  They also boiled rose hips to make a syrup for a multitude of food uses. The skins of the boiled hips were used to treat stomach troubles. The Chippewa used the second layer of skin beneath the outer skin of the rose hips by  soaking it in water and then using the liquid as eyedrops for sore or inflamed eyes. Both Native Americans and early settlers also ate the leaves, flowers and young shoots as an emergency food source. 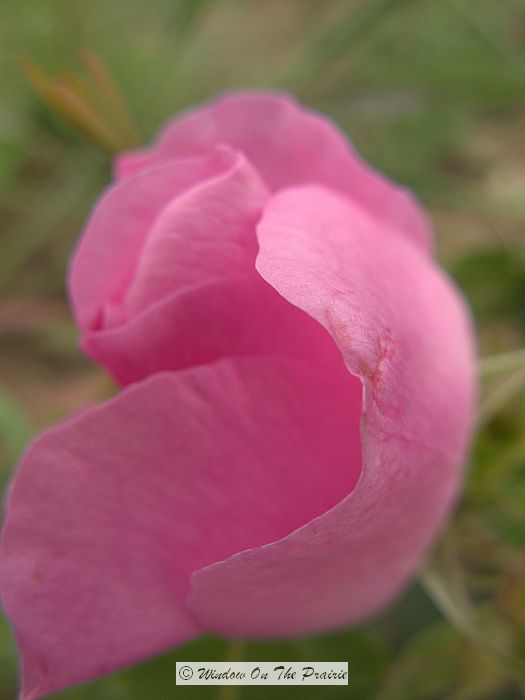 On the next sunny day, when the flowers are fully open, I’ll get a good pic to share.