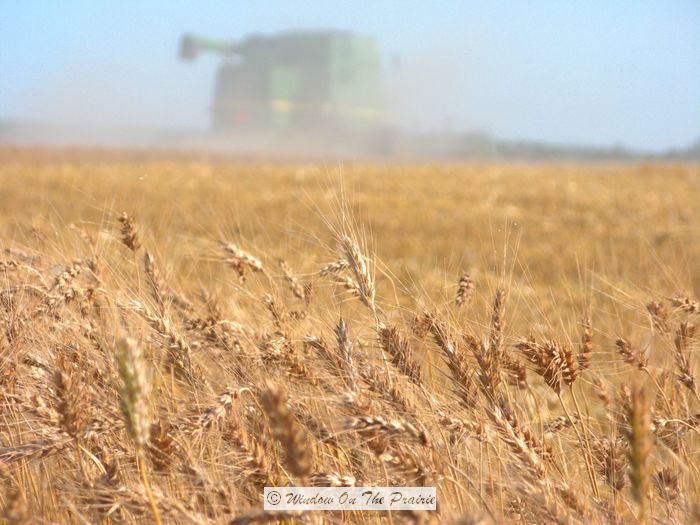 Harland (hubby) started to harvest the wheat Thursday afternoon. I drove out to the field where he was working after I got home from work. 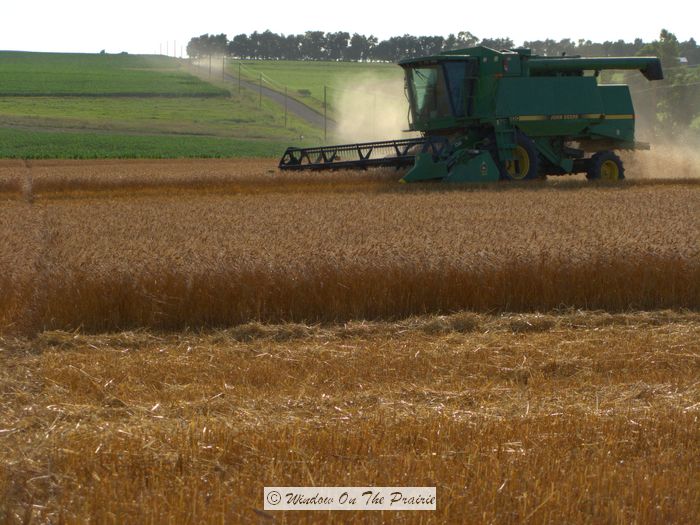 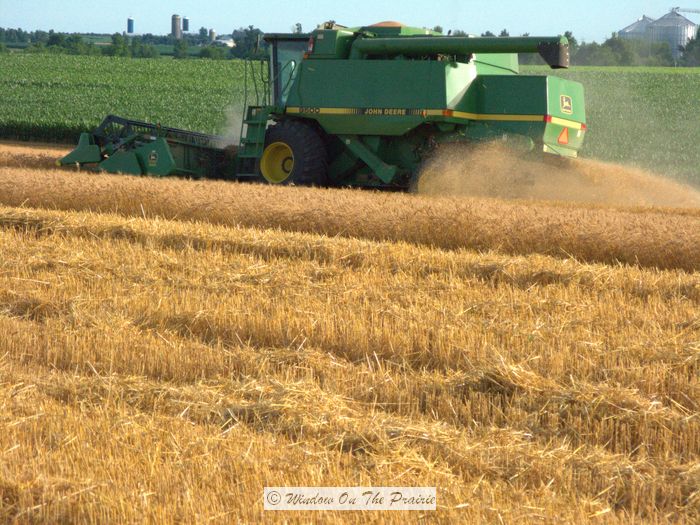 This is one of 3 fields Harland will be harvesting this year. 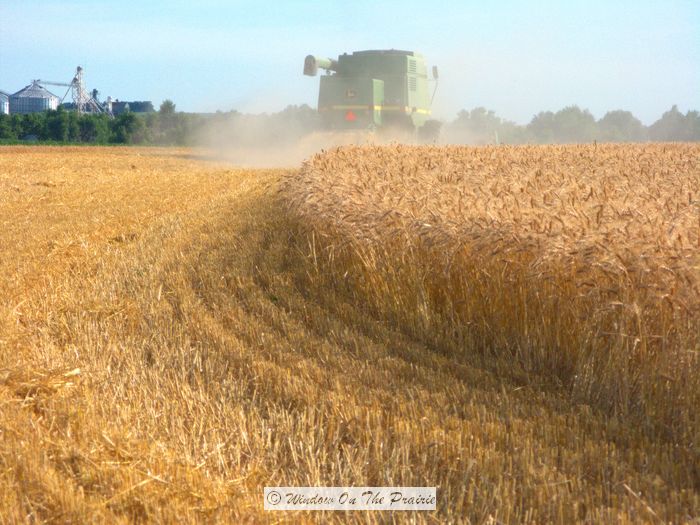 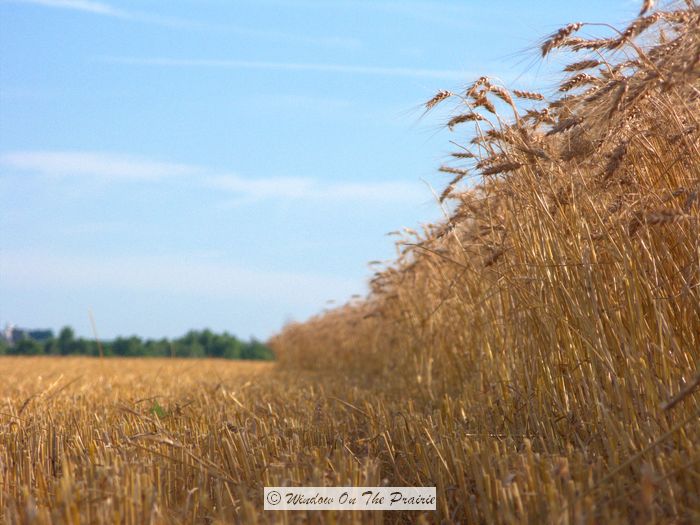 For a while, I rode in the combine with Harland. 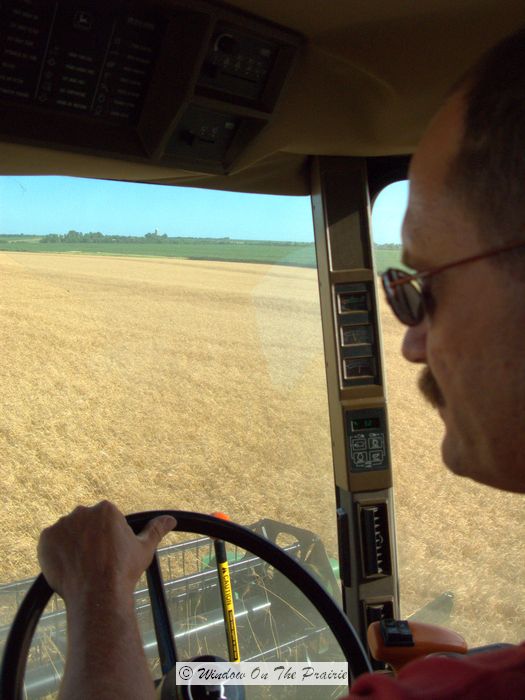 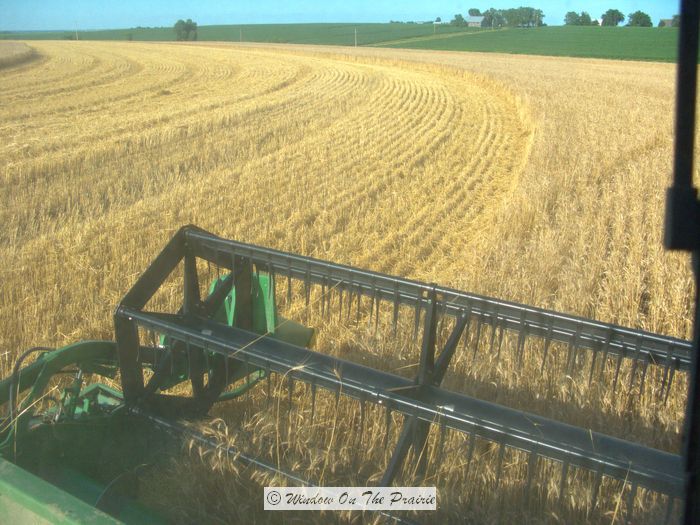 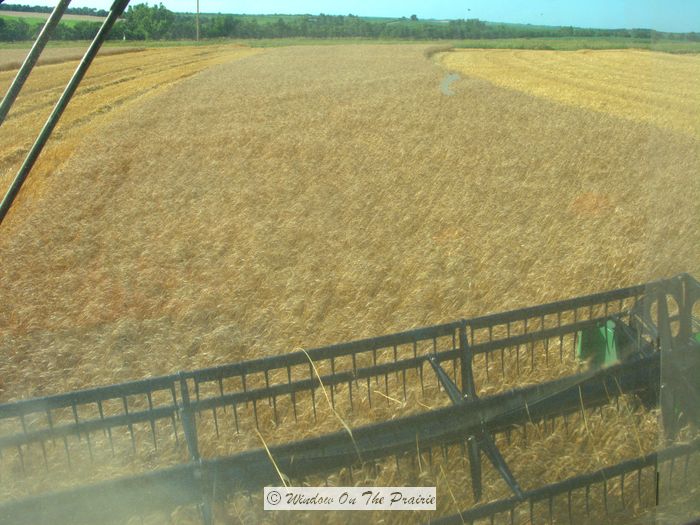 The combine is a air conditioned marvel of cutter and thresher all in one.

Prior to the industrial age, wheat was cut by hand, 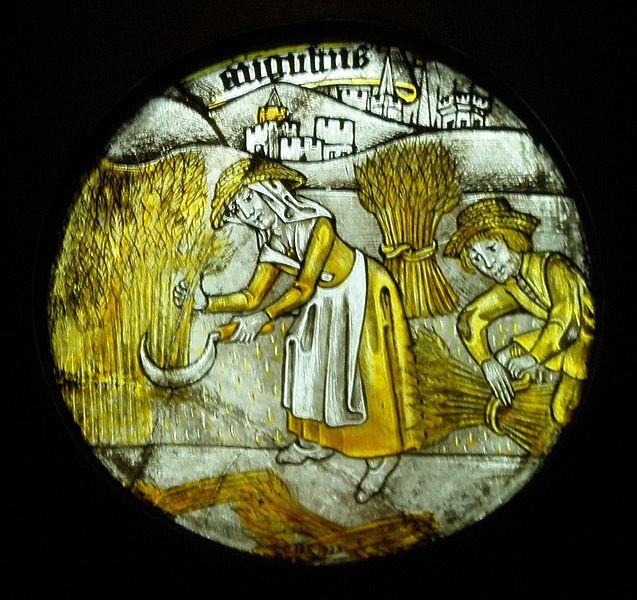 and then the wheat kernel was separated from the head (threshing) by beating the wheat- either by hand or beast of burden. Later, the wheat was cut using a horse drawn cutter, 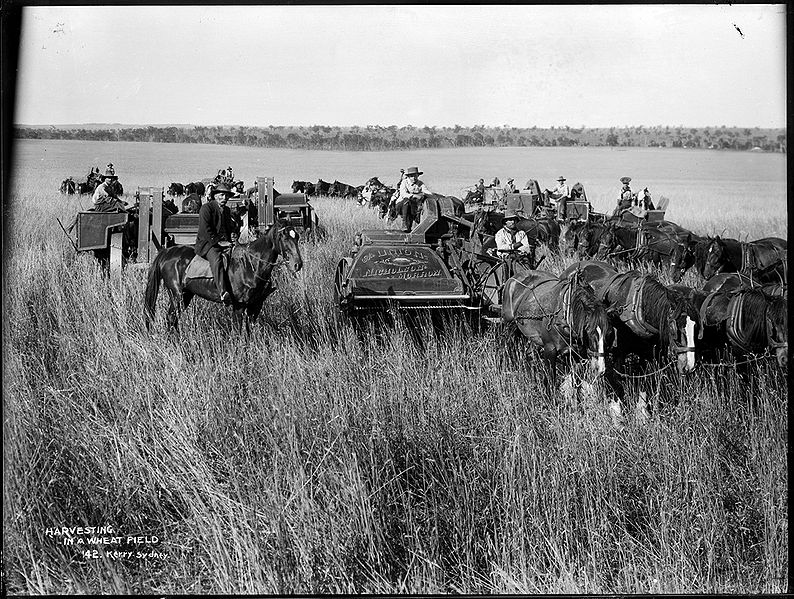 and threshed with a threshing machine powered by a steam engine. 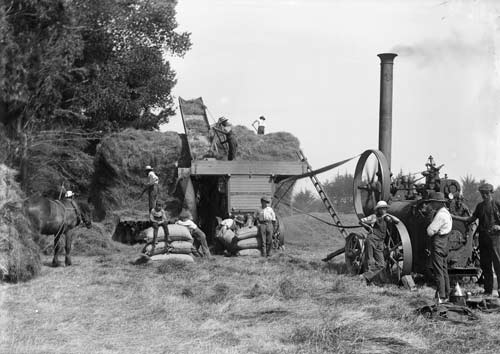 A crew of a couple dozen men was needed for this operation, not to mention the women back in the hot kitchen cooking meals for everyone over a wood fire. 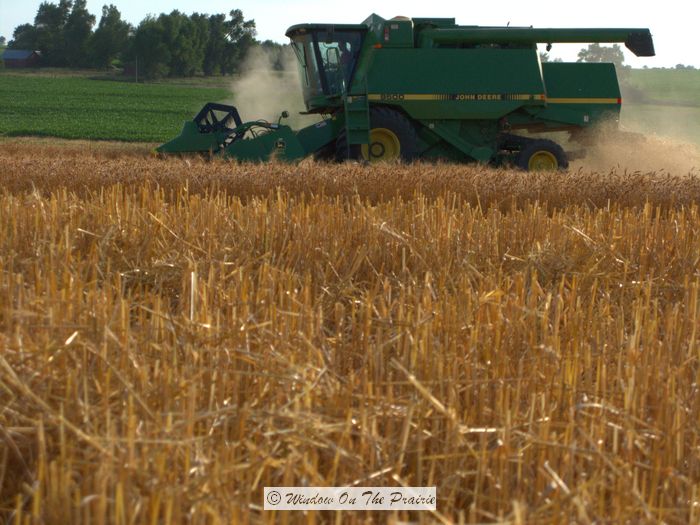 When the bin on the combine is full, Harland empties it into his grain truck waiting at the edge of the field. 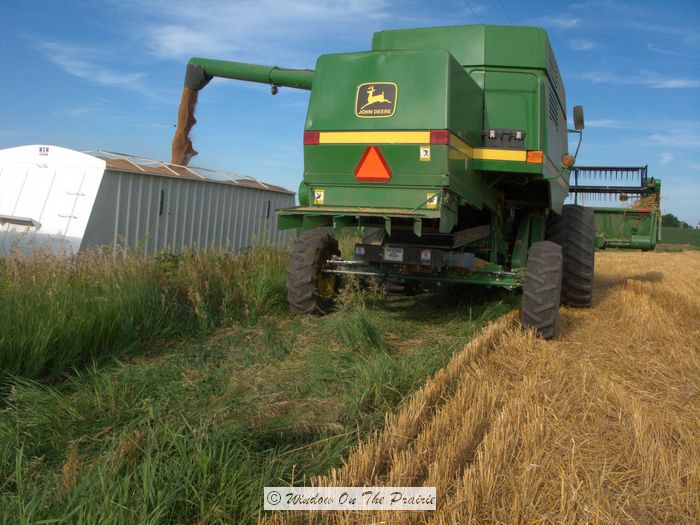 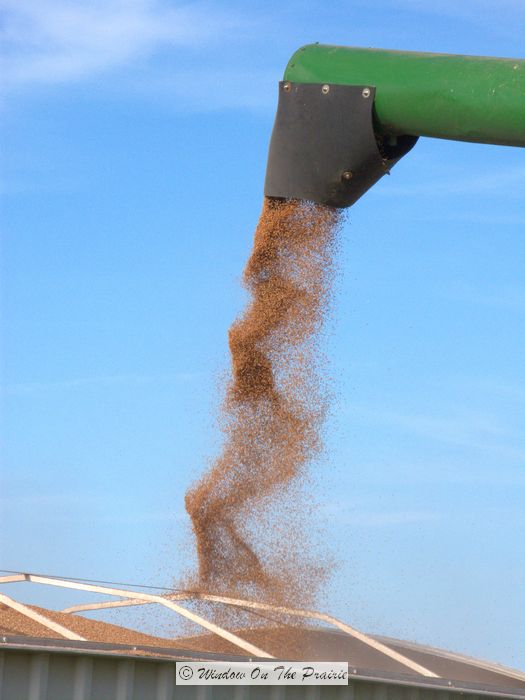 Here’s a close up of the wheat on the truck. 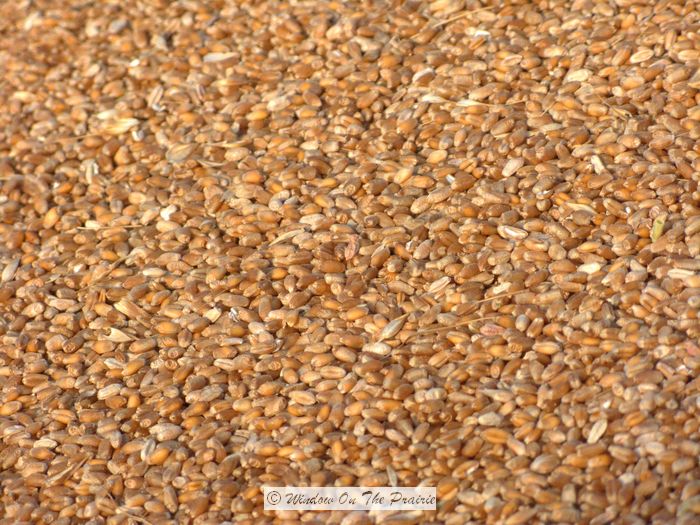 Harvesting is much faster and easier than in the old days, but I think something has been lost. Wheat harvest was a social occasion then; a community effort with men, women, and even kids, all working toward a common goal. I wouldn’t want to go back to that time for all the hard work it was. I can’t see myself standing over a wood stove cooking meals on a 100 degree day. But I would like to experience the sense of community that existed then.  Maybe the closeness of neighbors made up for all the discomforts they had. I suspect it did. 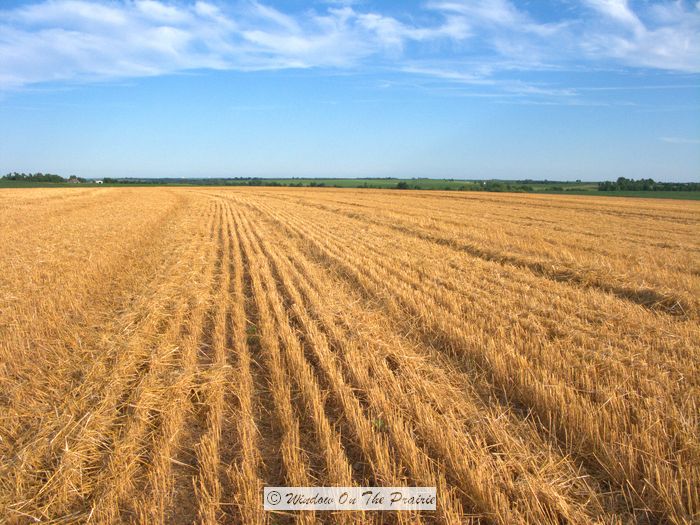 I’ll have more posts about the wheat harvest soon.