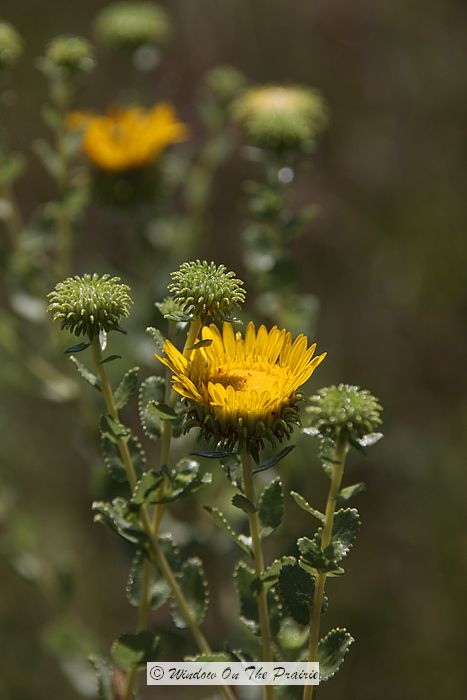 Despite the drought and high temperatures of the last month, the wildflowers are still going strong. This one, Wax Goldenweed, survives by having an extensive root system, and a waxy coating which lowers water loss. 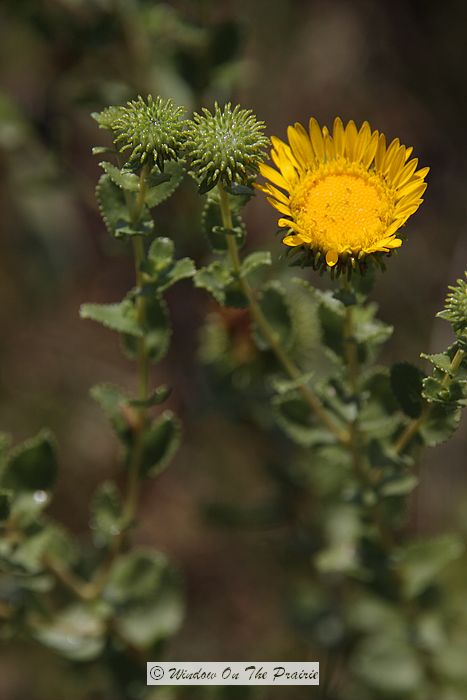 This one is called Clammy-weed, so named because of the sticky hairs which cover it causing a “clammy” feeling in your hand when touched. 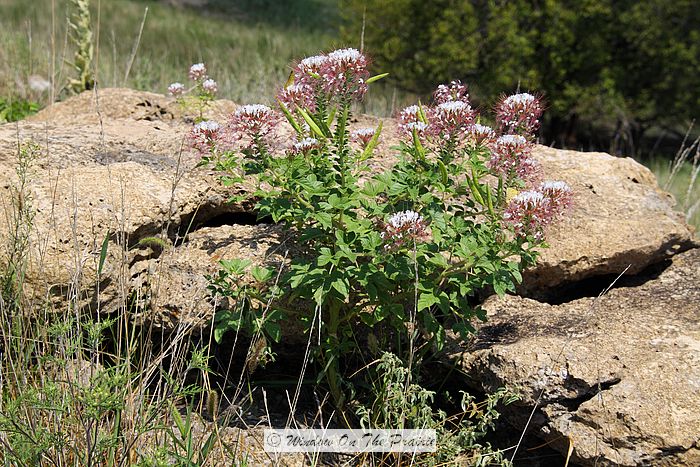 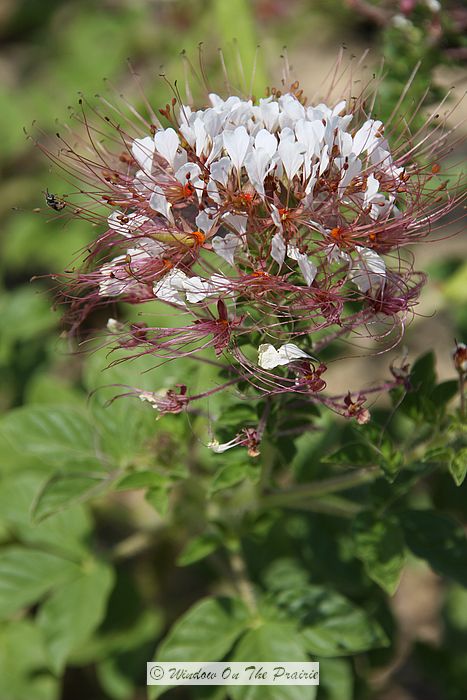 This little Clammy-weed was growing out of a hole in a large rock. 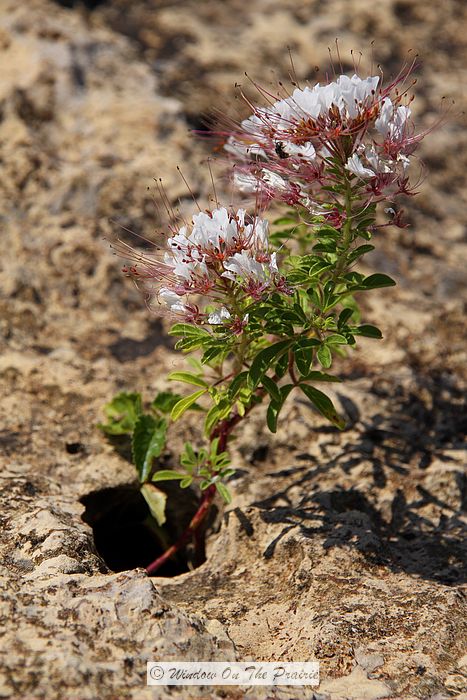 Western Ironweed gets it name because of its strong tough stems. It is not grazed due to having a very bitter taste. 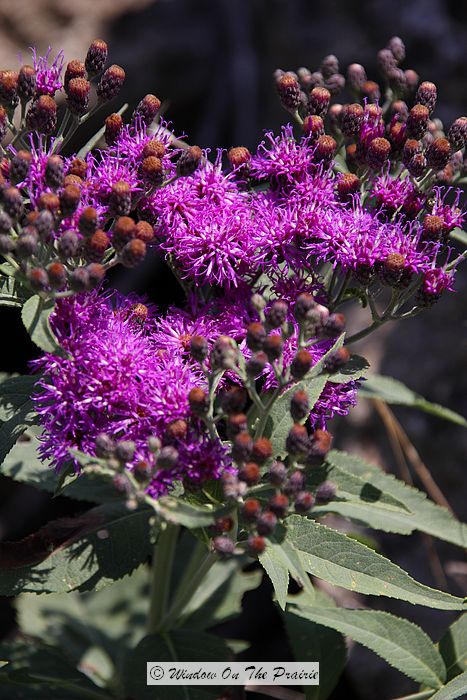 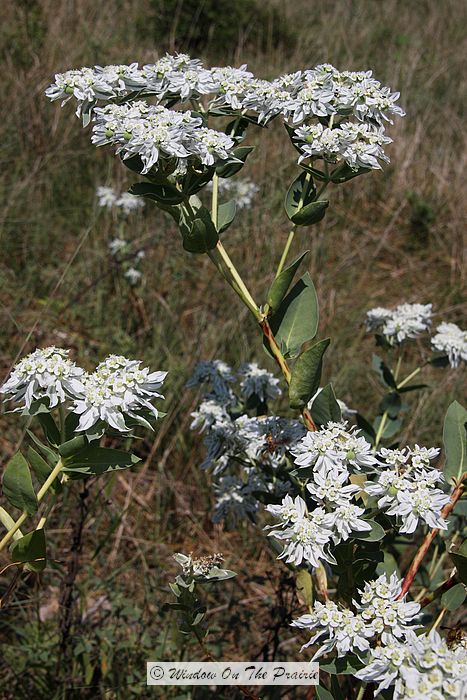 Snow On The Mountain 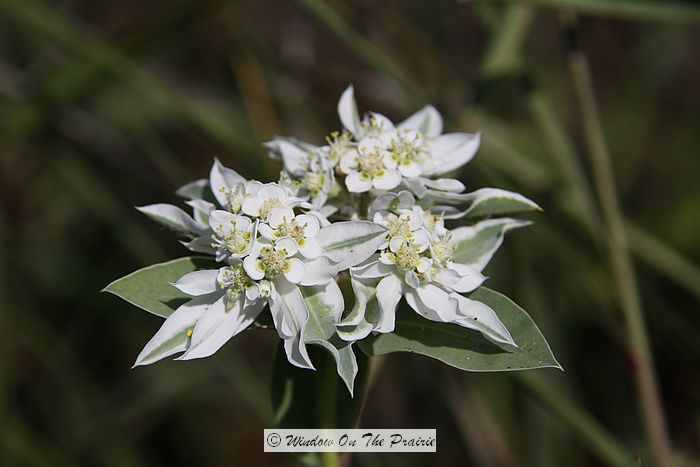 Snow On The Mountain

Native Americans used the leaves of Dakota Verbena to make a treatment for snakebite. 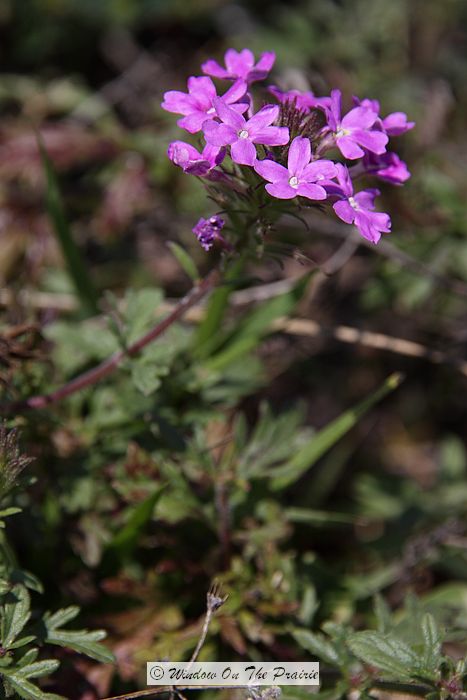 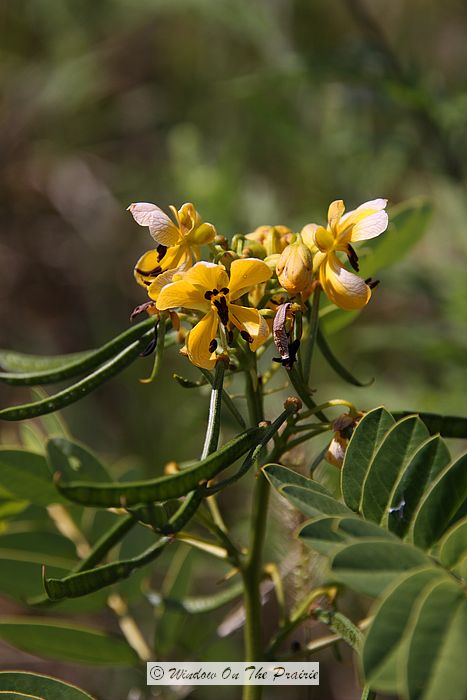 The Bull Thistle was used to treat many ailments  by the Native Americans, including muscle stiffness, rheumatism, neuralgia, and stomach cramps. The bristles were used when making blow darts. 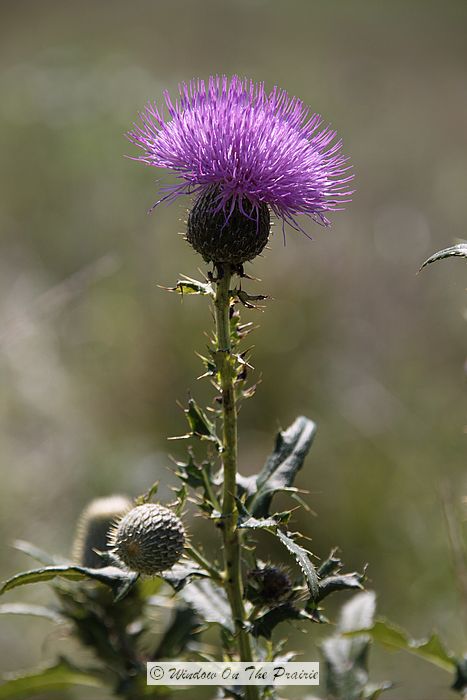 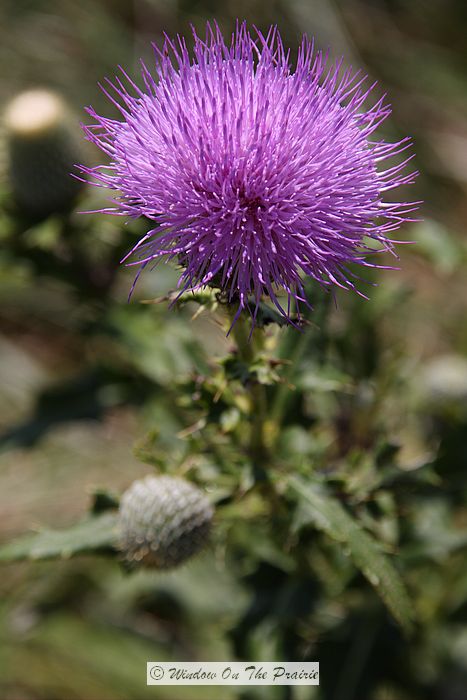 Missouri Goldenrod’s roots can be as long as 6 feet, a good defense against drought. It was also used by the Native Americans to relieve toothache. 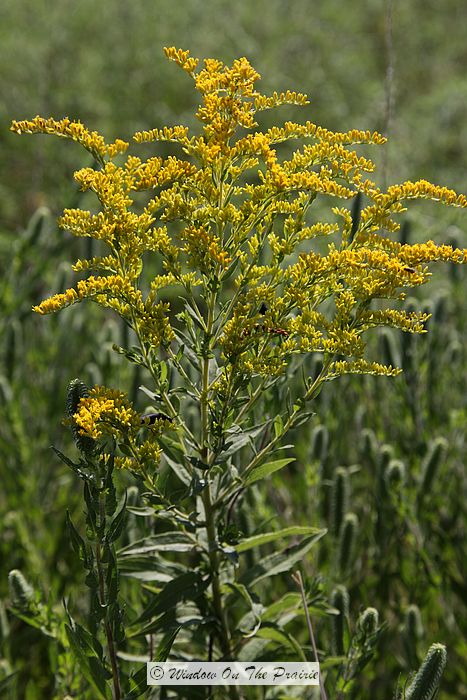 This little butterfly helped while I took pictures. He landed on my camera lens, and stayed there. I finally  had to take him off. Then he wouldn’t get off my finger. I think he may have been looking for salt. 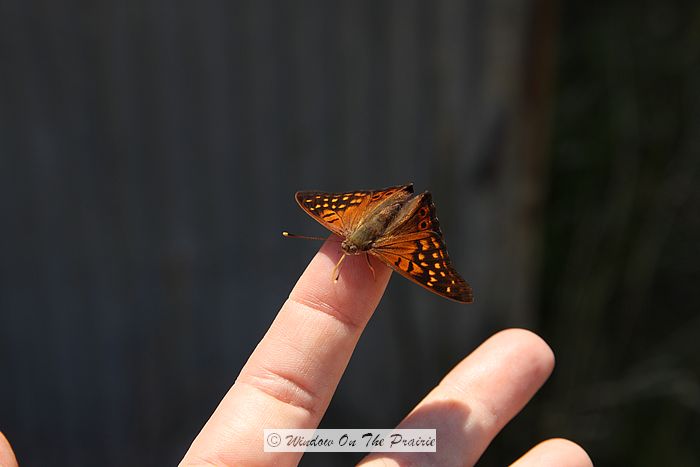 PS: Lee Ann of  http://theunfocusedlife.blogspot.com/ found the name of the little butterfly above. It is a Tawny Emperor. Thanks a bunch Lee Ann!