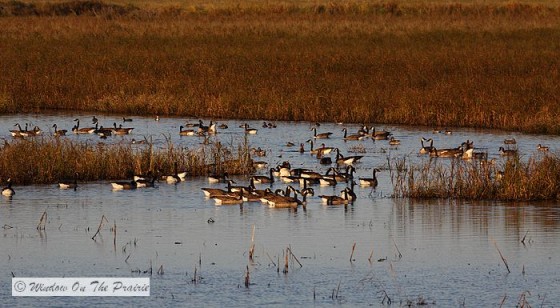 About an hour and a half from home is a 7000 acre wildlife refuge that we visit several times each year. It was established in 1935 as a resting, feeding, and breeding ground for migratory birds and other wildlife. Most of it is a wetland, so we see ducks, geese and other waterfowl. There are also bald eagles there – both nesting, and migrating. There is a road winds around the refuge and so we can take pictures from our truck, and the birds aren’t as spooked because they are used to the vehicles. Last weekend, we visited the refuge, and while there weren’t large numbers of migrating birds just yet, there was still a lot to see.

We watched this Pie-billed Grebe for a while. 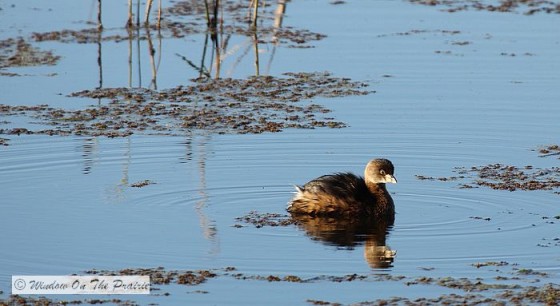 He had been bathing and shook the water from his feathers. Pie-billed Grebes aren’t seen flying very often because they dive under the water when threatened, and migrate at night. 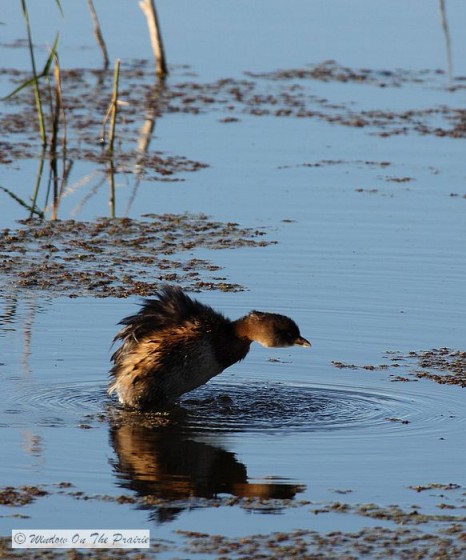 This Great Egret flew past us, 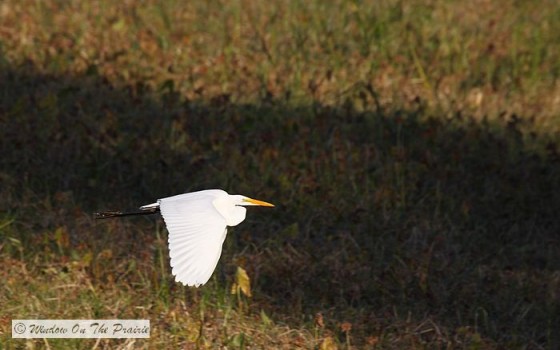 and then landed not too far from us. 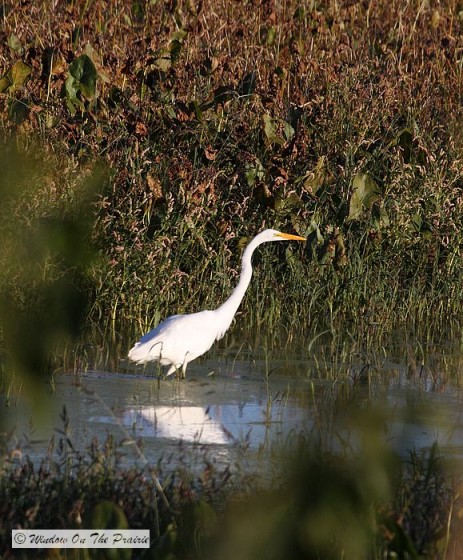 This group of Canada Geese were out to forage for weed seeds. They later disappeared into the grass. 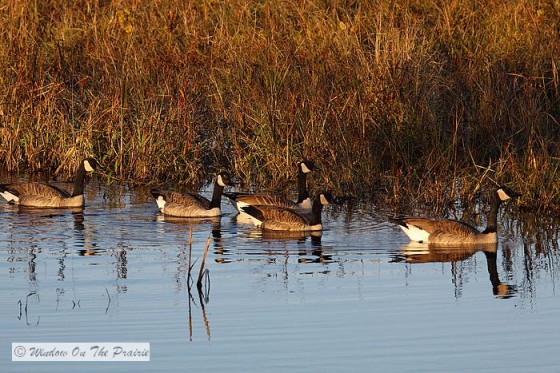 As we passed a forested area, a group of Raccoons saw us and all climbed a tree for safety. These 2 peeked out at us. 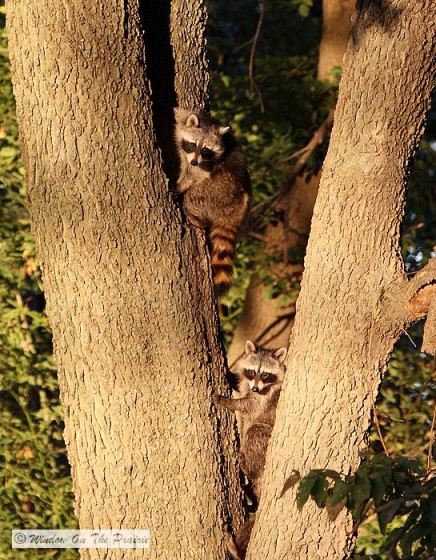 There was a colorful sunset that evening. The ducks did some last minute feeding before resting for the night. 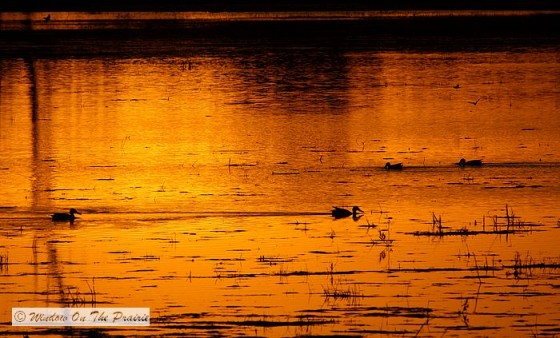 And a flock of swallows flew over the water in search of flying insects. 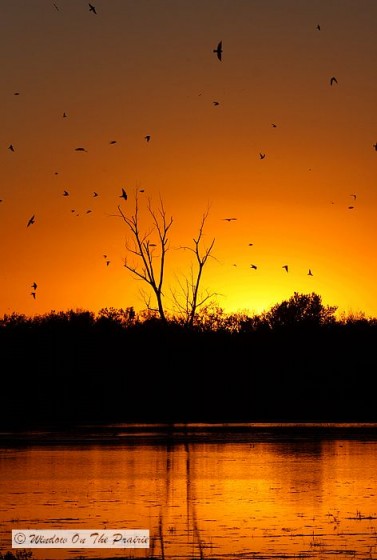 We had to make a mad dash for the exit as the gate closes at sundown.