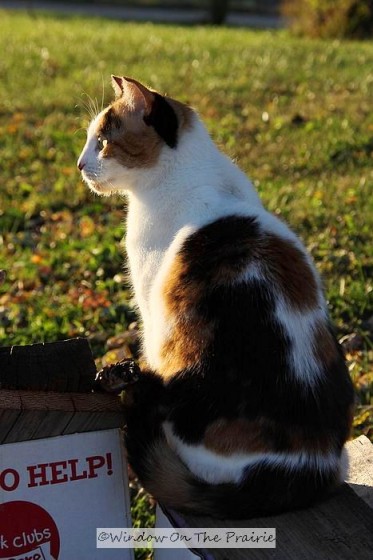 For whatever reason, Kitty, our house cat, despises the barn cats. Hate them with a passion. She chases them every chance she gets, and makes them run back to the barn. And they all run for their lives. Except Tom. 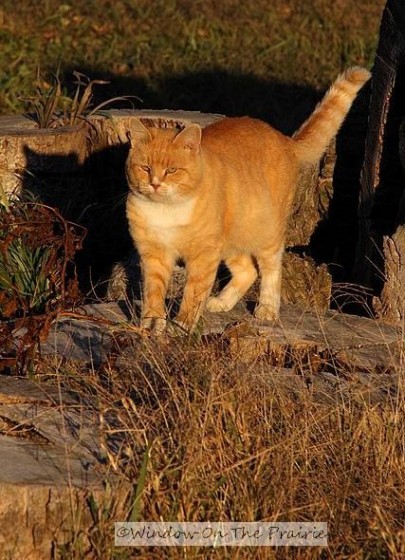 Kitty has met her match. 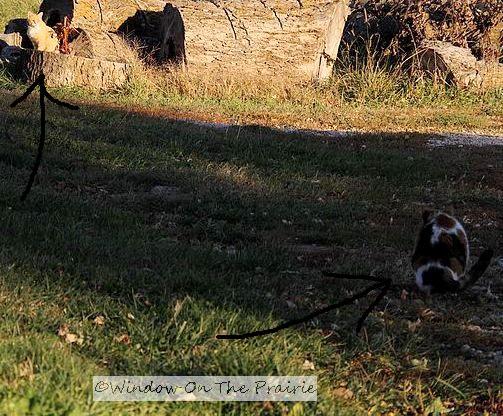 When Tom arrived at our place over a year ago, he was only about half grown, thin, and had a broken front leg. We would have liked to help him with his leg, but he was wild and we couldn’t get near him. Over time his front leg healed enough so he could walk on it, although it’s stiff and he uses it like Captain Hook’s peg leg. 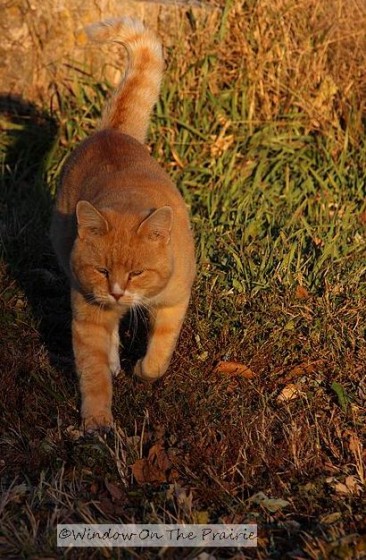 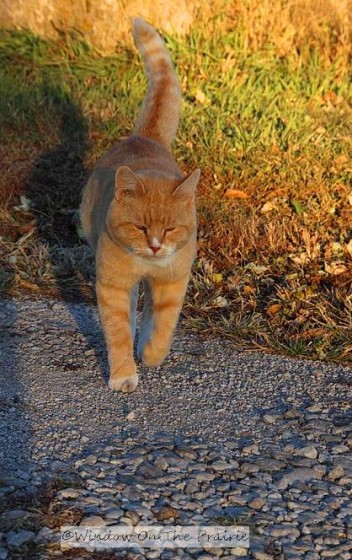 When was younger he ran from Kitty, but now that he’s top cat on the farm, he refuses to run from a silly old house cat. He stands his ground, and there’s been a few fur flying incidents between them. Kitty is too much of a chicken now to fight anymore so she just hisses and growls at him from a distance, and resorts to chicken tactics. The other night when I got home from work Tom was enjoying the warm evening on the sidewalk near the house with his back to the door. Big mistake. When I opened the door, Kitty hopped outside, ran over to Tom, took a swing at his behind, and ran back into the house. Tom never knew what hit him. He shot straight up in the air and looked all around like, “what the???”. I chastised Kitty for her sneaky underhandedness, but I’m sure she wasn’t listening.

When Kitty’s not around Tom seeks us out for some attention. He purrs and swipes our ankles, and loves to be petted. 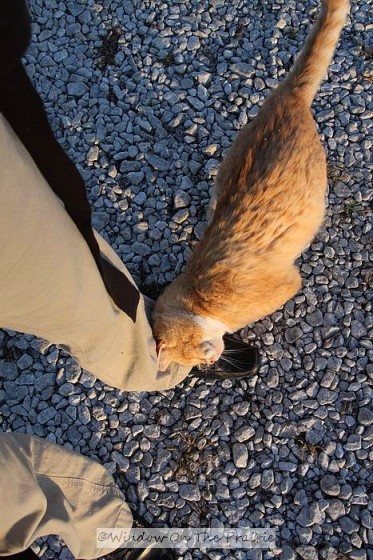 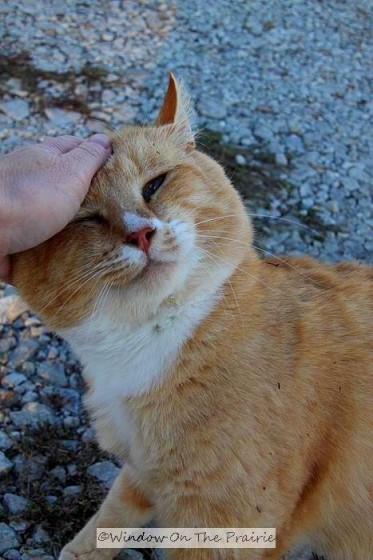 Every kitten on the place looks like Tom these days. And he’s quite proud.