Last weekend, Harland and I did some large birdwatching as I related in yesterday’s post. Today, I want to share with you the antics of one of the smarter turkeys of the flock.

In order to draw the turkeys in near our blinds, Harland hung up an automatic feeder that releases some corn twice daily.  Each morning, the flock arrives, eats all the corn on the ground, and then moves on down the trail to forage for the rest of the day.

But last Saturday we watched as one young turkey, a teenager in human terms, returned after his flockmates had left and began jumping  up at the feeder, pecking at it causing some corn to slip out. 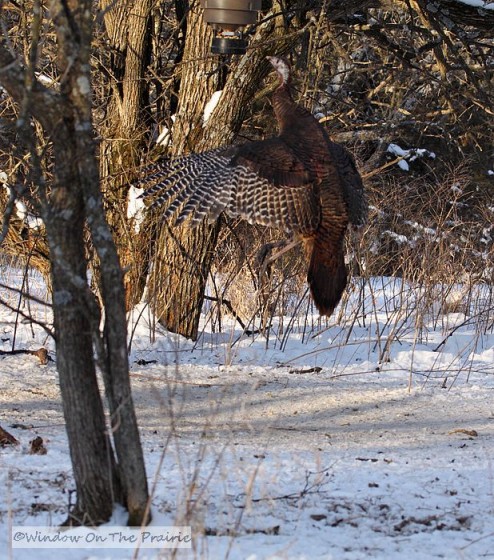 He gobbled up all the corn, and jumped up to peck at the feeder again. 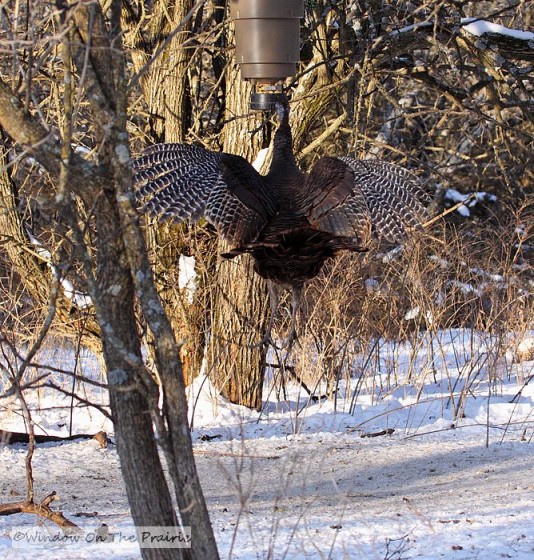 He did this repeatedly for about 15 minutes, and finally I whispered to Harland, “This could go on all day.”  We just had to giggle at his resourcefulness, and that he had waited until he was alone to feed so he could have it all for himself.

But finally all his flapping and pecking was noticed by a couple of older turkeys, who muscled their way in, chased him off, and started their own private corn stealing. 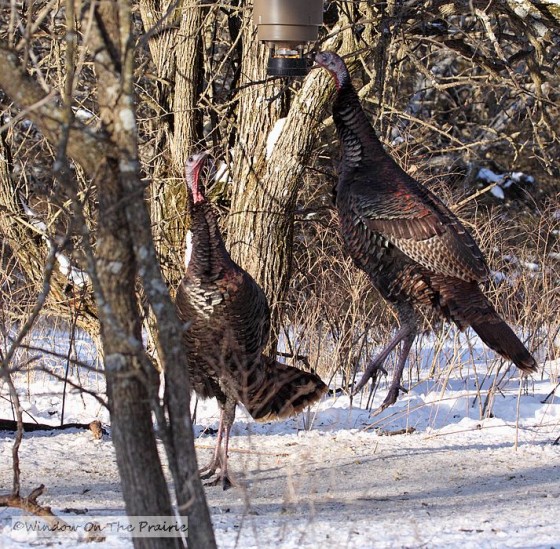 Never underestimate the intelligence of wildlife. Turkeys may have small brains, but there’s something pretty amazing  going on in there. 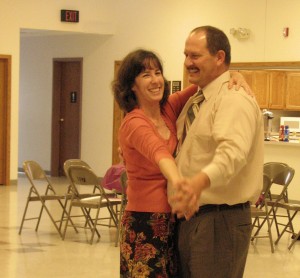