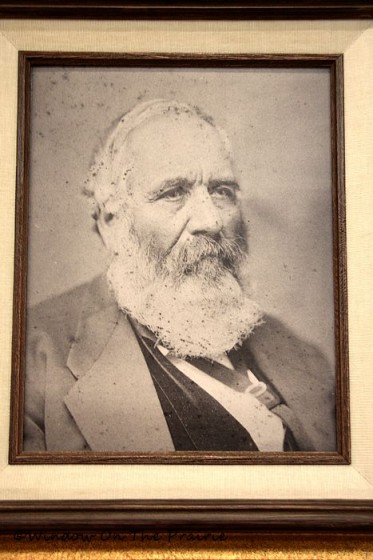 A couple days ago, I shared a lovely old historic mansion near Liberty Missouri built by Mr. Waltus Watkins in the mid 19th century. You can see that post about the house HERE.

In 1860, Mr. Watkins built a woolen factory.  Having worked in mills in his youth, he was familiar with the business. He built a 3 storey brick building, constructed of bricks made on site, and lumber from his land. 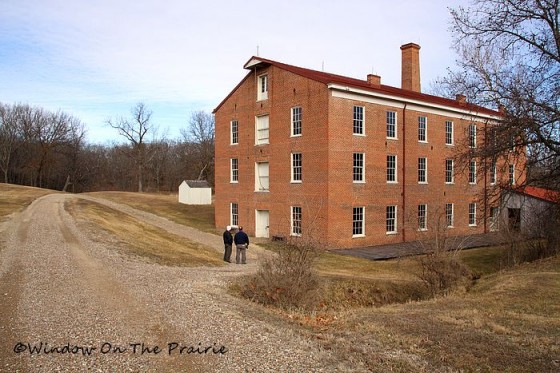 He purchased 50 mill machines from leading manufacturers in the East and had them shipped to his Missouri by rail. 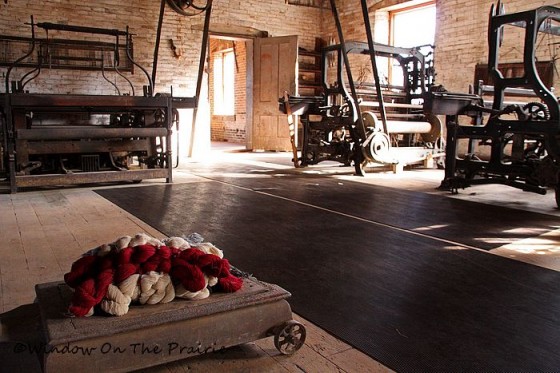 To power his mill, he bought a steam engine and boiler that had formerly been used to power a river steamboat, and had it shipped by river from St. Louis. Soon the mill was taking in wool freshly sheared from sheep. 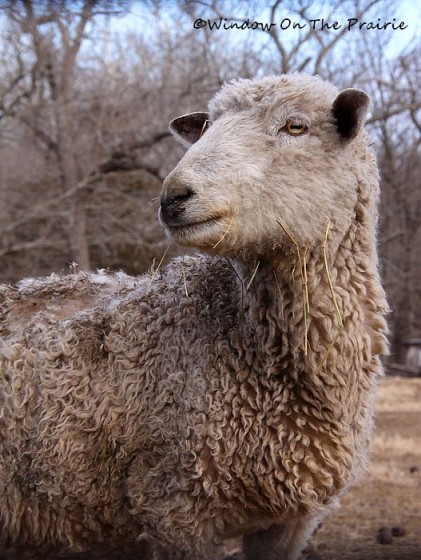 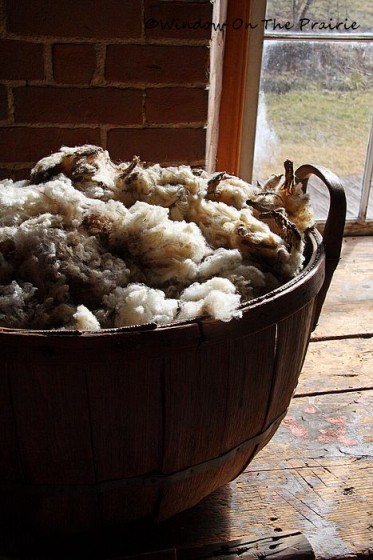 The wool was sorted and cleaned. 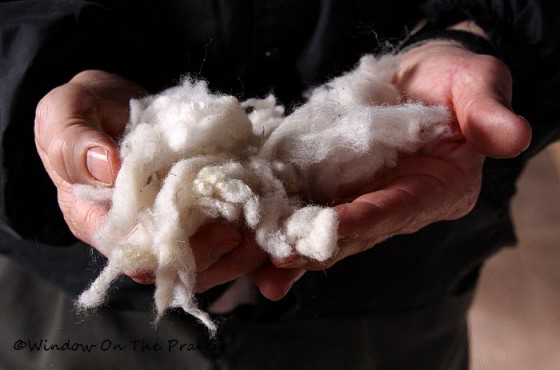 Then it was carded, a process where the woolen fibers were separated making it possible for the wool to be spun into yarn. 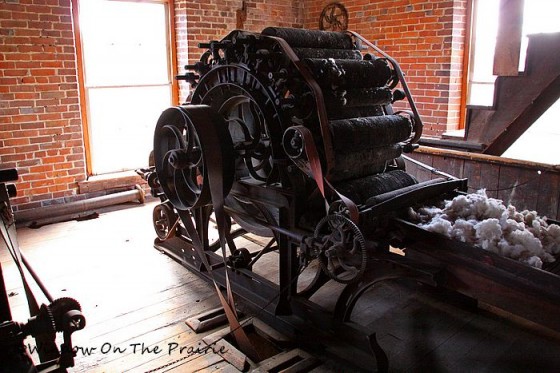 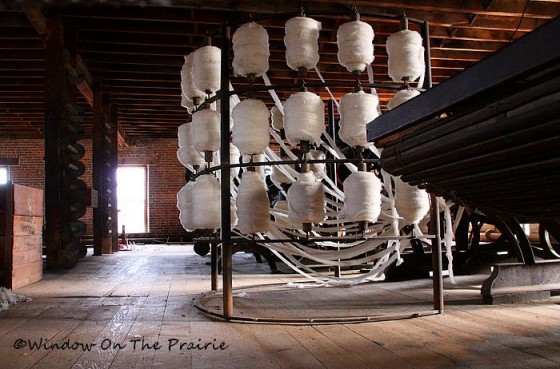 At this point, the wool could be dyed if desired. Dyes commonly used at the time included tansy(yellow), black walnut(brown), elderberry(purple), and cochineal, a tiny red insect. 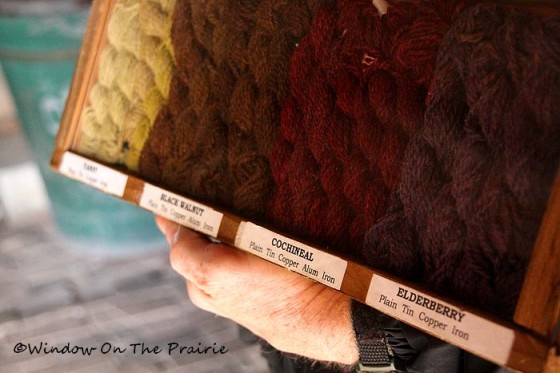 The carded wool was then spun into yarn. 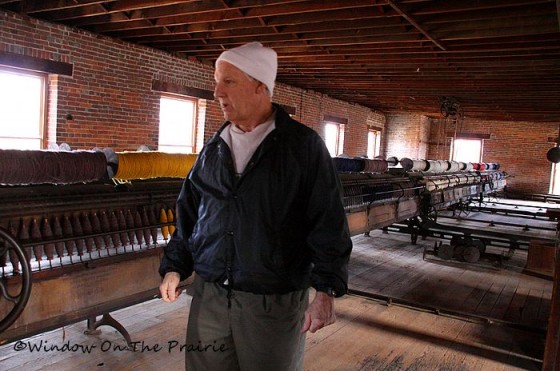 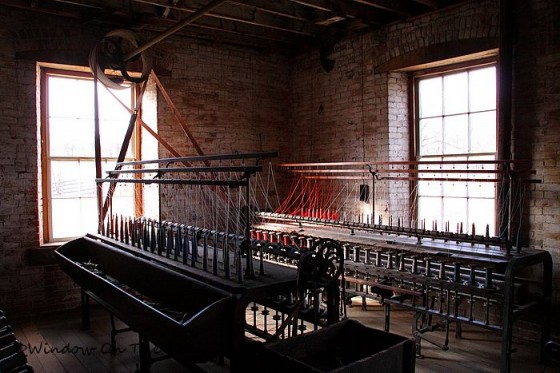 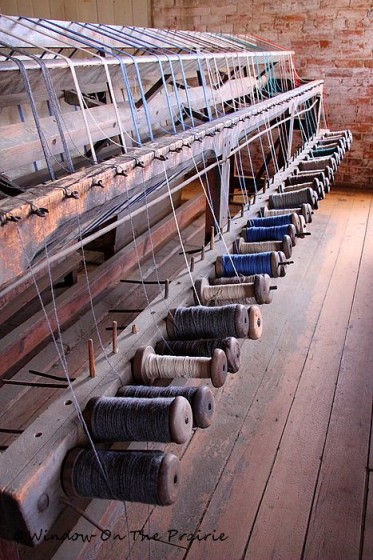 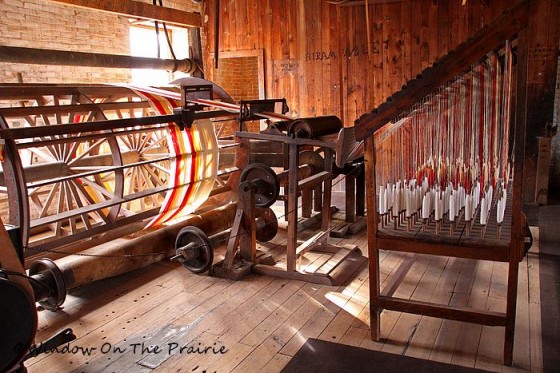 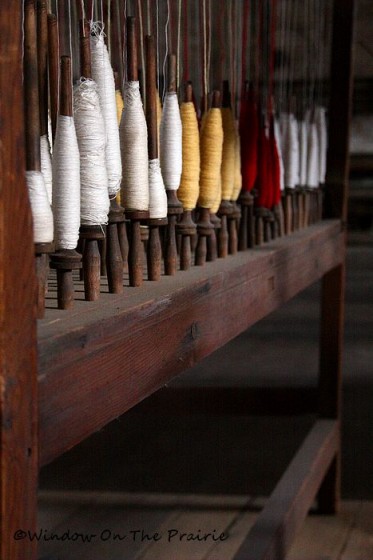 At this point the yarn could be sold as a finished product from the mill store, or woven into cloth in the mill. 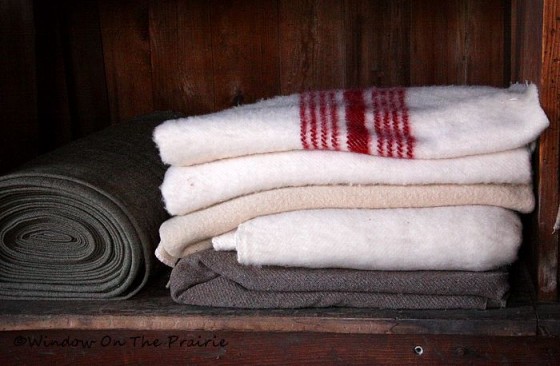 At its height, the mill produced knitting yarns, batting for quiltmaking, a dozen different types of cloth, and several kinds of blankets. Some of the wool was milled as a custom process for customers, while some of the products were produced to be sold in the mill store. 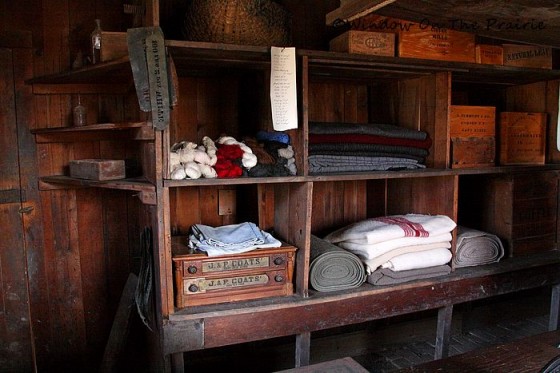 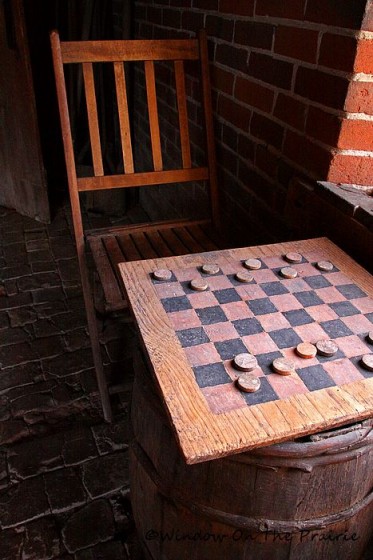 an old checkerboard awaits players in the mill store

At its height, the mill employed 40 workers: 25 men, 10 women, and 5 children. The men and women were highly skilled workers earning good wages for the time, and the children were apprentices learning the mill trade. Days were 10 or 11 hours long, and if the there was a heavy workload, the employees worked 7 days a week.

The mill was very noisy, and in summer very hot. Wool worked best in hot humid conditions, so while the mill was shut down for a couple months each winter, during the summer months the windows were kept closed, even on the hottest days. To deliberately increase humidity, steam pipes released steam throughout the factory adding to the already unbearably hot working conditions. Forty to sixty thousand pounds of wool were processed each year in the mill.

In the mid 1860s, a grist mill was set up on the ground floor of the mill. 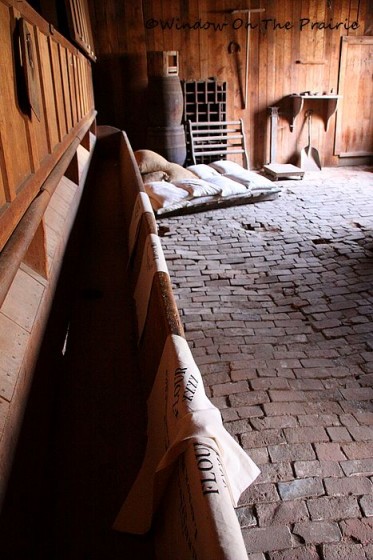 Customers could bring in their grain to be milled into flour or cornmeal. 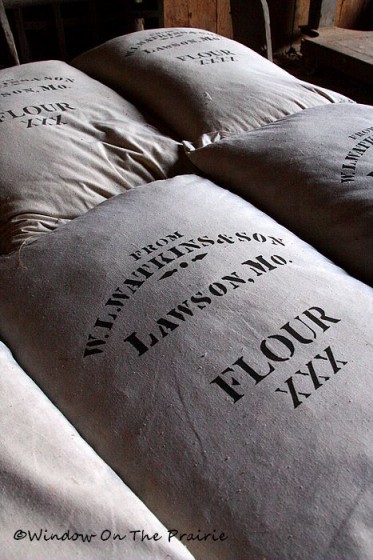 The woolen mill was profitable through the 1860s and 70s, but in the mid 1880s, as ready-made clothing became available on the market, the mill began to fail. After a long illness, Mr. Watkins died in 1884. Three of his sons continued to operate the mill,  but due to a dwindling market, production was cut back until finally the mill was closed in 1898.

The Watkins family continued to live on and operate the farm until 1945 when it was sold to a Texas Rancher, Henry Frass. His family lived in the house and tried to preserve the mill.

Unlike other mills throughout the country that were scrapped out and their machinery sold after closing, the Watkins mill was never parted out.

The door was closed and mill left to sit as is.

In 1958, the property was sold again, this time at auction. A group of men interested in preserving the mill and house purchased the property, and the mill was operated as a museum for several years.

In 1964, the property was sold again, but this time to the State of Missouri. It was declared a state historic site. 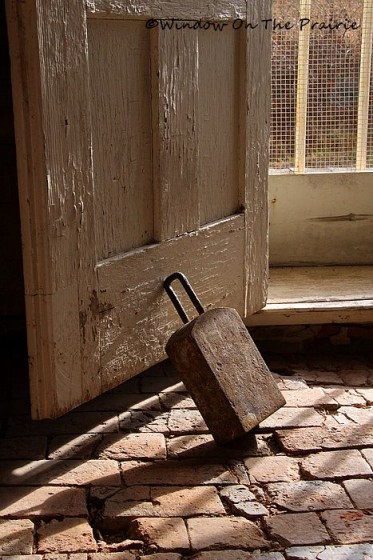 At one time there were more than 2,400 woolen mills in the United States, but today, Watkins Woolen Mill is the only one remainingwith its original machinery still in place. 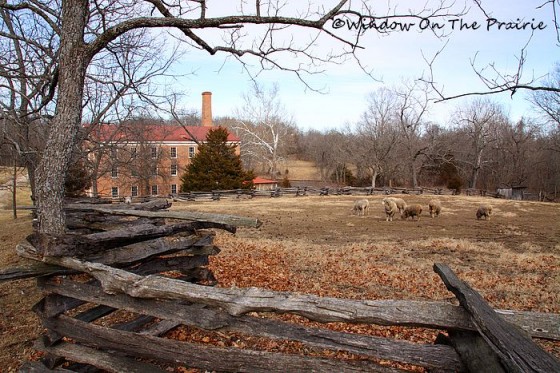 sheep graze near the mill

For more information about the Watkins Woolen Mill Historic site, you may visit their official website HERE. Pin It