Right now we’re swimming in okra. It’s the only plant out of our garden that did really well this year in the heat and drought. We’ve had fried okra quite a few times, and I’ve given a lot of it away, but I got to thinking last week if it wasn’t possible to freeze it for later. So I looked it up, and sure enough, you can freeze okra. But first it has to be blanched to kill the bacteria.

So, take your fresh okra, and wash it. Then cut off the stems being careful not to cut into the cells where the seeds are. 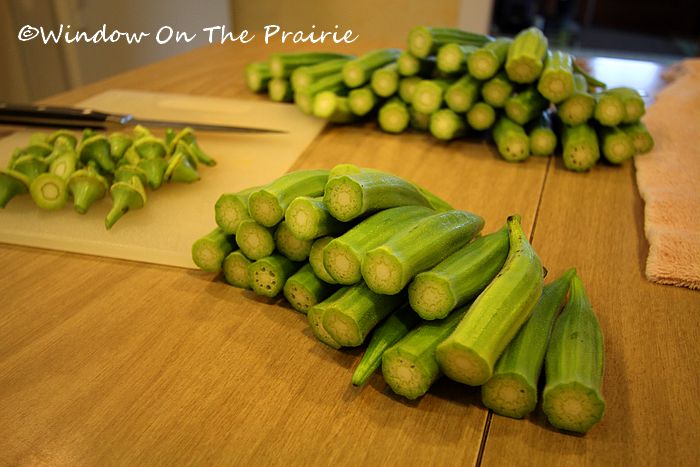 You can see I accidentally cut into a few of them.

Then cut off the tips. 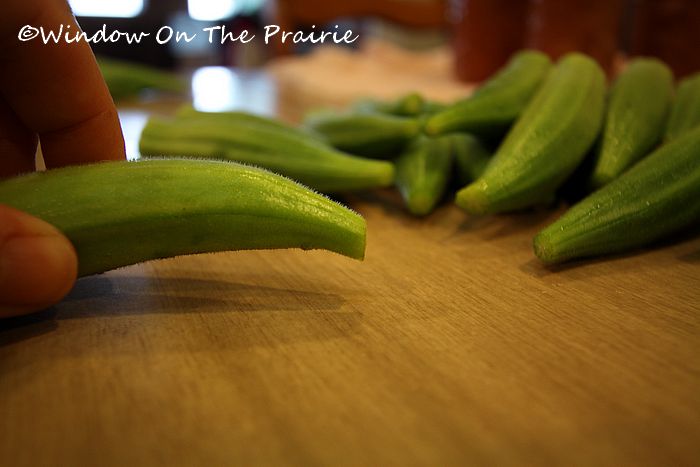 Bring a large pot of water to a rolling boil and then throw the okra in. Slap the lid on and boil for 3 minutes. 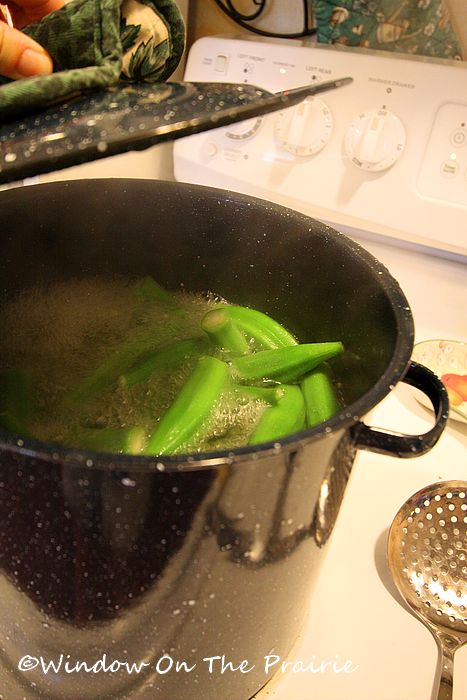 Then remove from the boiling water and immediately place in ice-water. 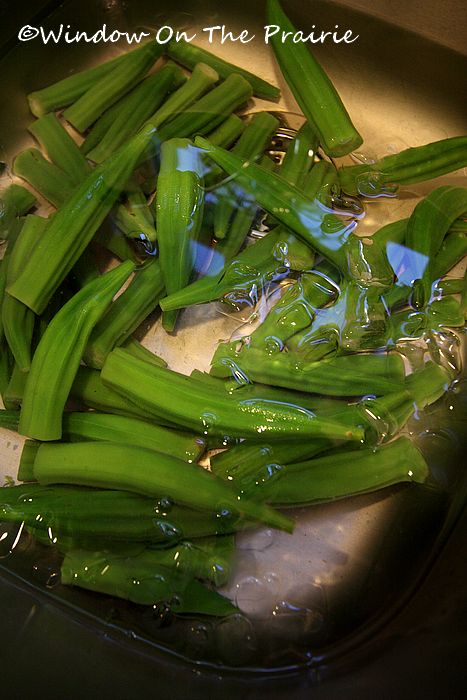 Leave in the ice-water until cold. Then place in freezer bags. 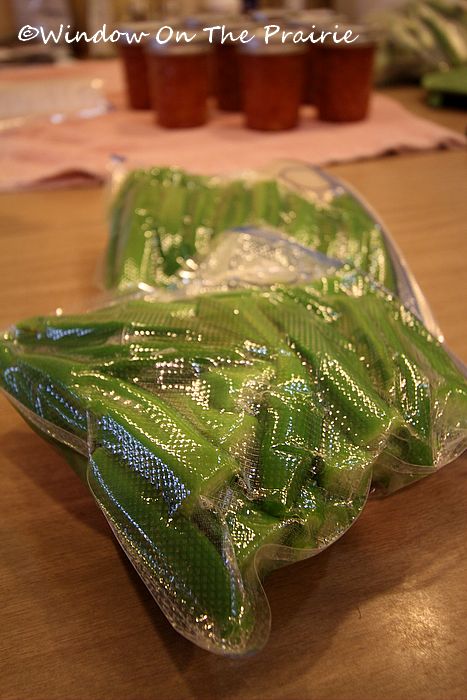 Over the weekend, we received a total of 4 1/2 inches of rain! That’s more than we’ve received all summer, and the most rain we’ve received at one time since last fall. We went to the pasture yesterday, and lo and behold, the grass there was already growing, and just in time too as the cattle were down to eating slim pickins. The rain will also help out the soybeans which were wilting and starting to turn yellow.

This rain was such a boon to everyone’s spirits.