The Two Sides of Kitty 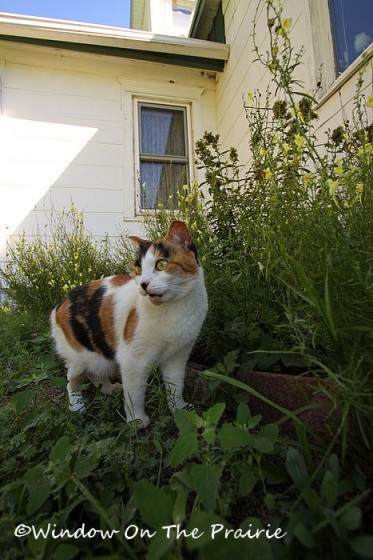 Up until now, you’ve seen only one side of Kitty: 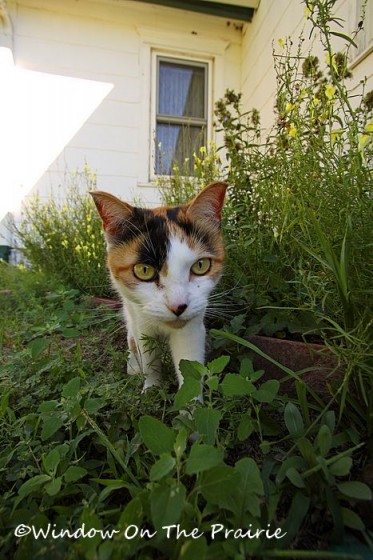 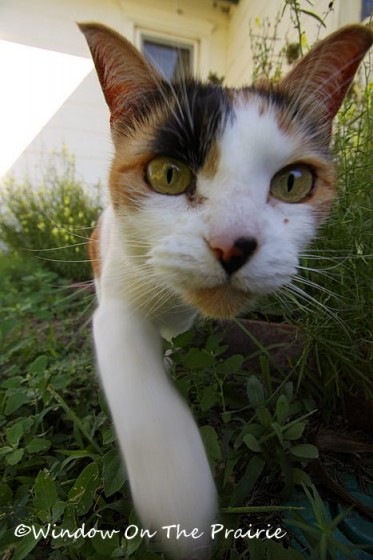 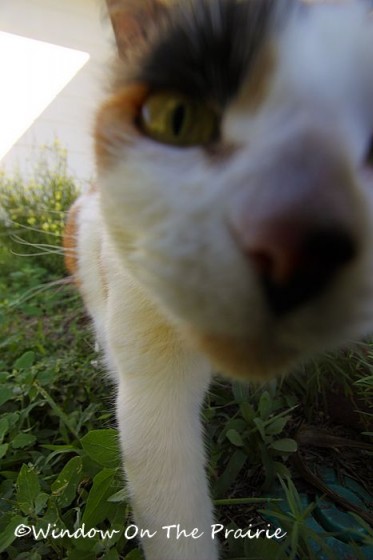 The cute, inquisitive, fluffy side.

But there is a darker side of our lovely little housecat that only a few have seen.

A side we are not proud of.

A side we call: Evil Rotten Kitty.

We have a resident tomcat. Now this tomcat is the friendliest, sweetest tomcats you’ll ever meet. He doesn’t have a mean bone in his body. But Kitty, for whatever reason, hates him. HATES, with a capital H. He’s never done anything to her. His motto is “live and let live”. But Kitty still HATES him. On several occasions, he has been taking a nap on the front step when we exit the house. Kitty hops out the door, takes a quick swipe at him with her front paw, does a U-turn and hops back into the house before Tom ever knows what’s hit him. He flies up into the air looking all around for his antagonist. She always attacks him from behind, chicken that she is.

A couple weeks ago, Tom was blissfully snoozing in the sun on the sidewalk in front of the house. Kitty had been up in a tree when she spied her arch-enemy.

She came down and stalked across the lawn intent on sneaking up behind Tom. 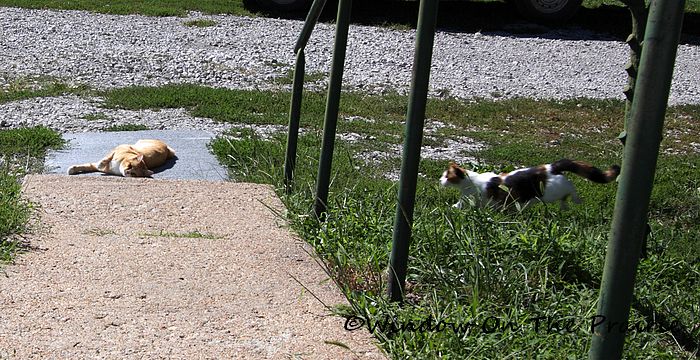 She took a swipe at poor sleeping Tom’s backside, 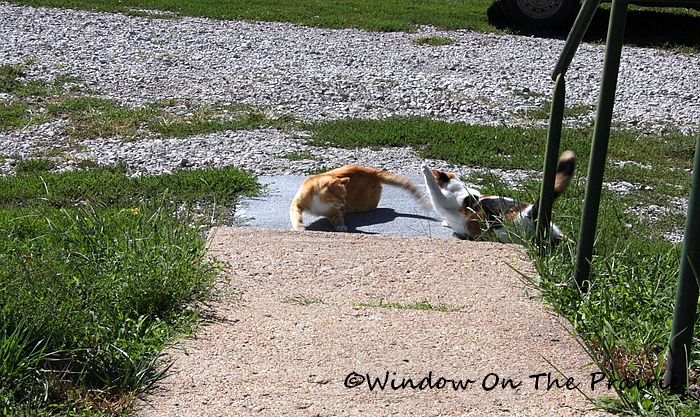 Tom jumped out of her way, turning around to face Kitty’s open mouth and bared fangs. 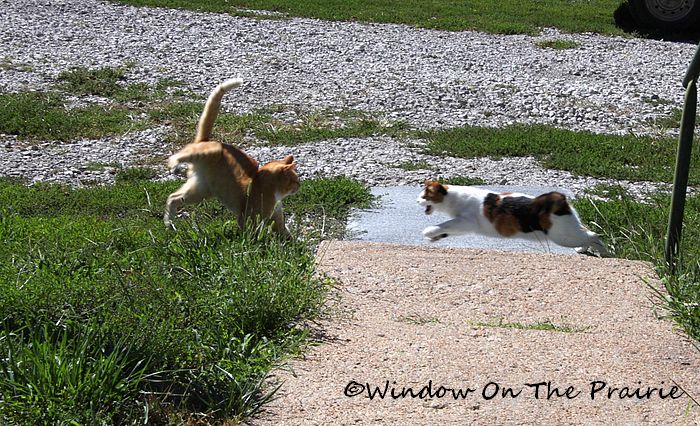 He finally collected himself ready to take on EVIL ROTTEN KITTY. She lay in the grass all hunkered down in front of him. Lot of hissing on both sides. 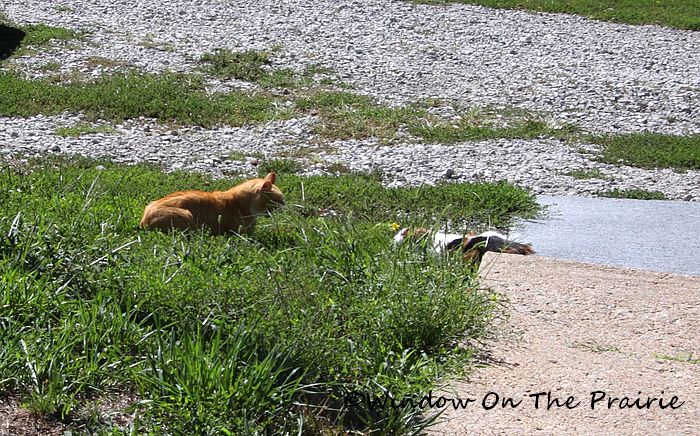 It was at this point that Kitty finally lost her nerve, and ran towards me and the house for protection with Tom in pursuit.

“Oh yeah”, I’m thinking, “that’s all I need is to be in the middle of two fighting cats.”

So I shooed Tom away and let Kitty into the house. Within a few minutes she was back to her normal cute fluffy self.

We’re not sure why Kitty hates Tom so.  He’s so sweet, but she never misses an opportunity to sneak up on him and try to hurt him. And unfortunately, Kitty doesn’t confine her evilness to just Tom, she hates all the barncats, but the rest of them have learned to stay out of Kitty’s realm: the yard.

One time though, Kitty truly did decide to pick on the wrong animal. I’ll never forget the day several years ago, when I was calling and calling for Kitty to come into the house, but couldn’t find her. I finally caught sight of her out in the pasture facing down a black and white animal about her size with a large fluffy tail.

It was a skunk, and Kitty was engaged in a stand-off with it.

She wanted it to run so she could chase it, but the skunk refused to do so and continued to just stare down Kitty, jumping at her repeatedly to scare Kitty off. Kitty didn’t scare though, and finally sat down, disappointed the skunk wouldn’t run. At this point the skunk turned its butt around towards Kitty and looked over it’s shoulder at her.

It was a not-so-subtle warning, but Kitty didn’t get it and continued to sit dejectedly staring at the skunks rear end and swishing tail. In the meantime, I was desperately calling for Kitty to come back into the house, and trying to figure out what we would do with her when she got sprayed, as I was certain it would happen any second.

Finally, finally, after what seemed an eternity, Kitty got bored and walked away from the skunk and towards the house. The skunk walked away too towards the barn. I breathed an enormous sigh of relief. For Kitty it had all been a game, and she had no idea what a narrow escape she’d just had.

Kitty is quite the character. If she lives to a ripe old age, it’ll be a miracle. But the days until then should prove to be endlessly entertaining for us.

Tags: kitty and the skunkKitty and TomThe Two Sides of Kitty