When we visited Squaw Creek, we were greeted by an enormous flock of snow geese swirling in the sky over the refuge in the predawn light. According to their latest bird count, there were almost a quarter million of them that day. Here’s a couple pics Harland took: 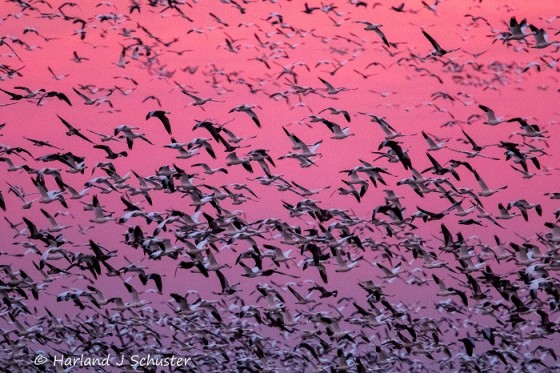 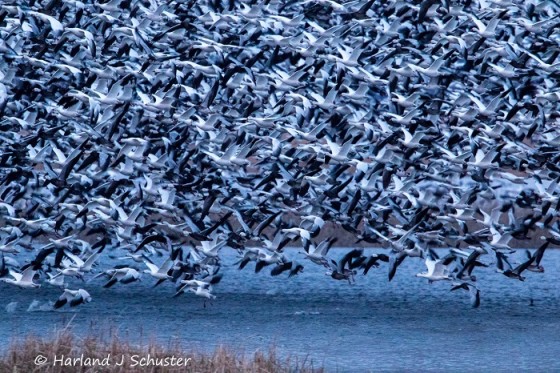 According to the Cornell Lab of Ornithology:

Watching huge flocks of Snow Geese swirl down from the sky, amid a cacophony of honking, is a little like standing inside a snow globe. These loud, white-and-black geese can cover the ground in a snowy blanket as they eat their way across fallow cornfields or wetlands. Among them, you might see a dark form with a white head—a color variant called the “Blue Goose.” Snow Geese have skyrocketed in numbers and are now among the most abundant waterfowl on the continent.

Here’s a short video I took:

Have a great day all !