Every spring plumes of smoke rise from the prairie and we know that the spring burn season has begun. Burning maintains native grass prairie by eliminating last year’s growth, controlling the invasion of trees and shrubs that would quickly turn the prairie into a woodland, and providing nutrients from the old grass to the new growth.  Burning was a regular practice of the native Americans who also used burning as a means of attracting the bison to the new green growth of spring. Later, ranchers used burning to clear pastures and improve grazing.

Every spring, Harland helps out his brother Gerald to burn off some native grassland owned by a neighbor of ours, John.  And our local fire department helps out as well to ensure that the fire doesn’t spread outside the prescribed area.  The day of the burn, Gerald mowed down a swath of grass around the area to be burned to keep it from spreading. Then about 5:30 that evening, the first fires were lit. Here,  Harland spreads the fire along the edge by carrying burning grass with a pitchfork. 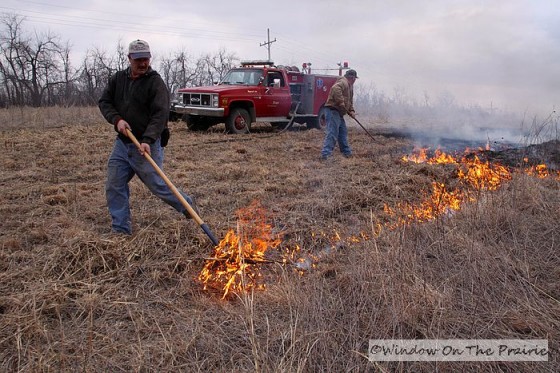 Gerald soaks down the grass along the edge to keep the fire from spreading outside the area. 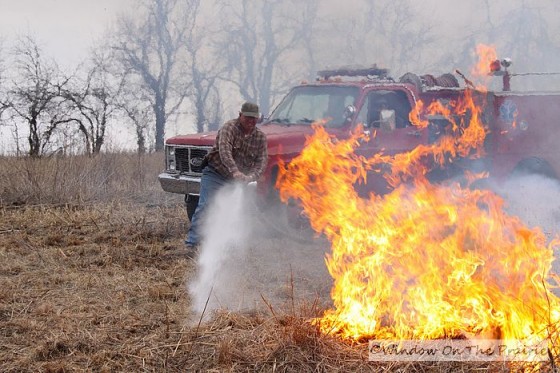 Soon a line of fire spreads along the edge, while the opposite side of the field is lit and begins to burn as well. 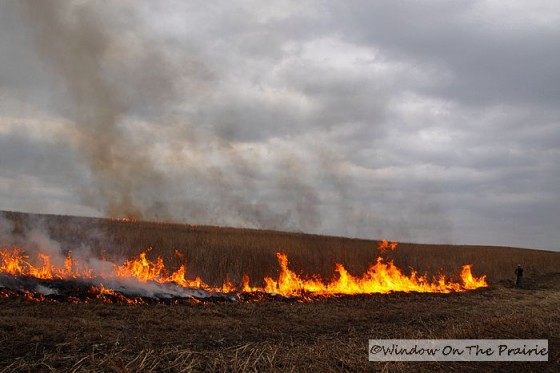 Harland stands at the far right watching the fires. 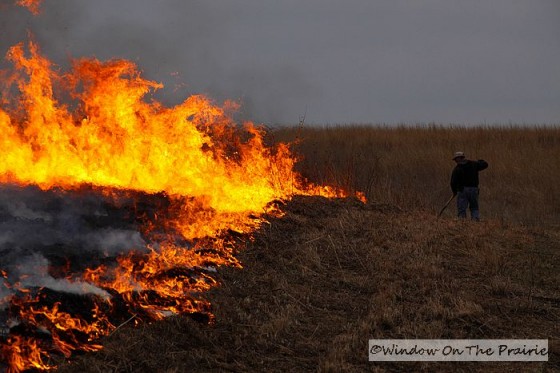 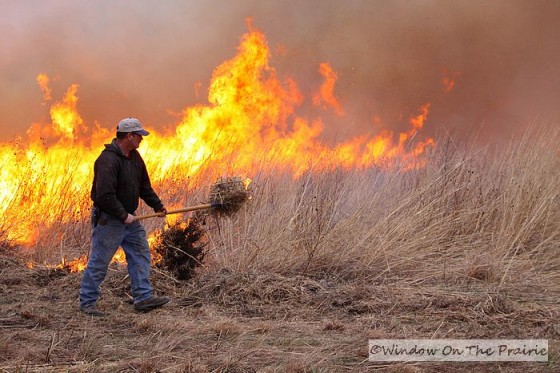 As he works his way around the burn area lighting fires, he meets up with the ashes of the burn started on the opposite side. 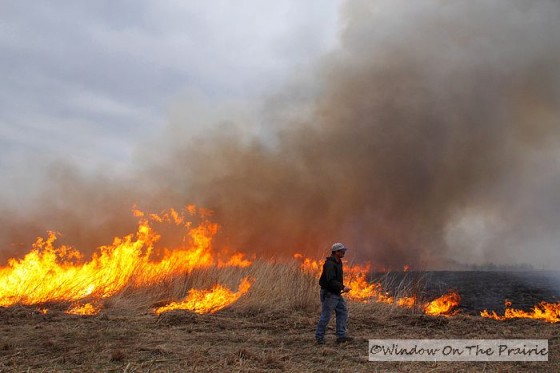 In the video below, Gerald lights fires and then watches as the flames shoot skyward and then die down as they consume the dry grass.

Here the large fire truck soaks down the edge of the burn. 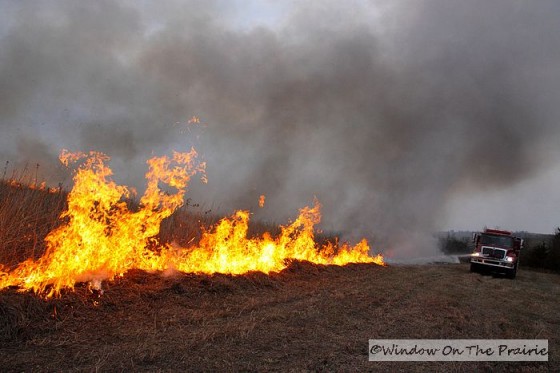 Stuart beats down the edge too with a fire broom. 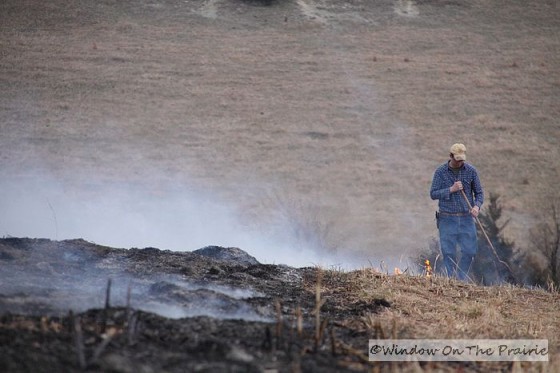 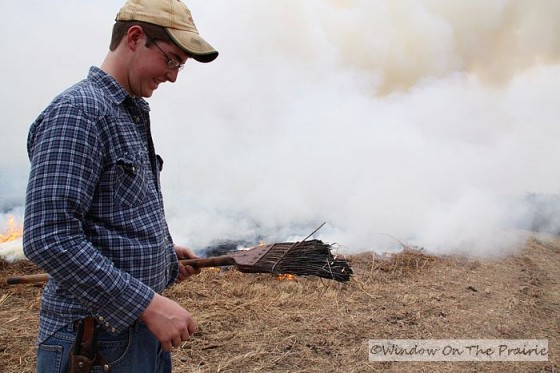 When the fire burns itself out, all that’s left is a blackened hillside. 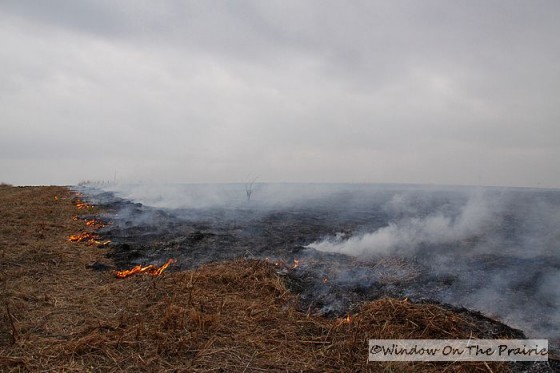 Within a week, a faint green of new grass will cover the hill.

As the first field smolders, the fire trucks refill their tanks before starting the next burn area. 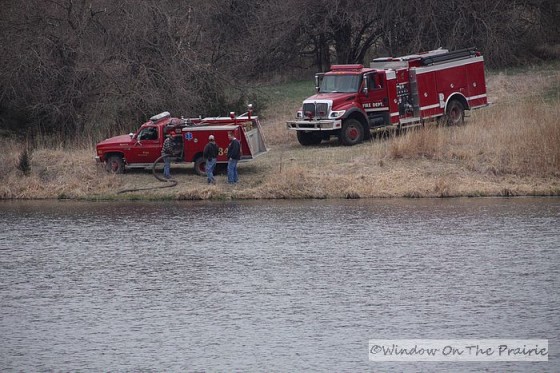 The next area to burn was alongside the pond. 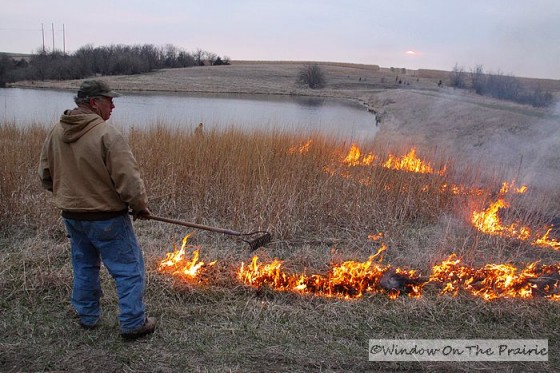 It was a smaller area and went quickly. 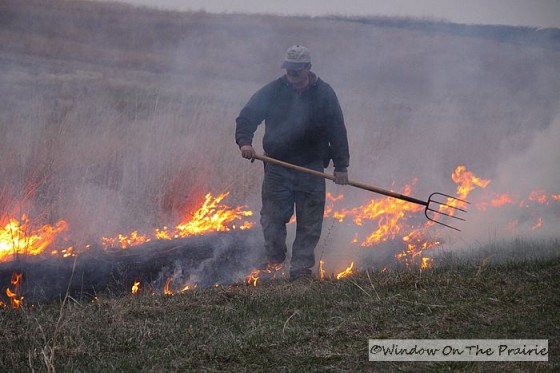 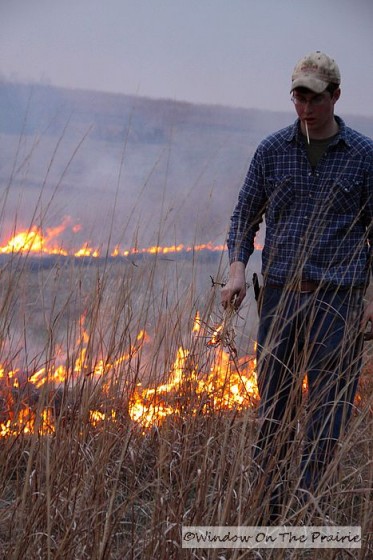 The sun set, the fires shone in the darkness. 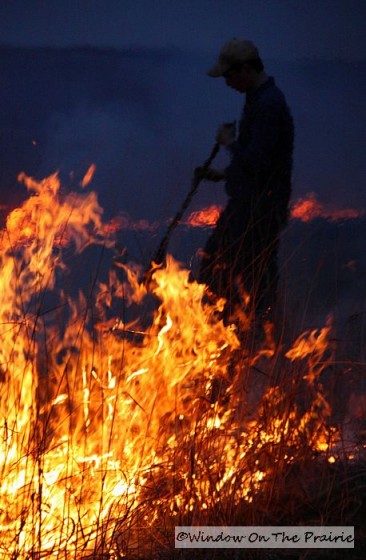 The last area to burn was the hillside across the pond. 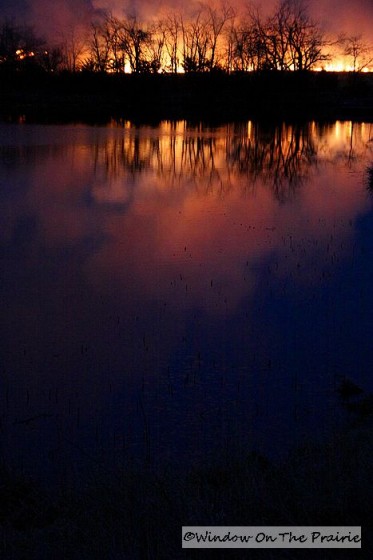 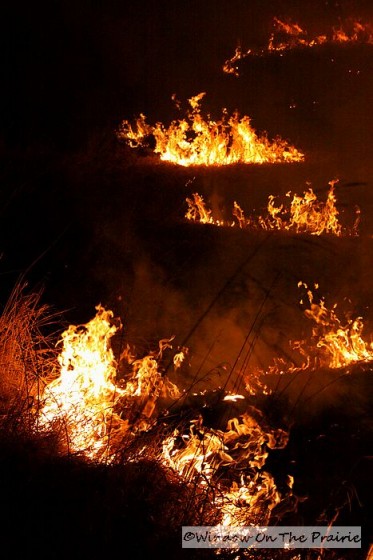 and the guys gathered to watch the flames 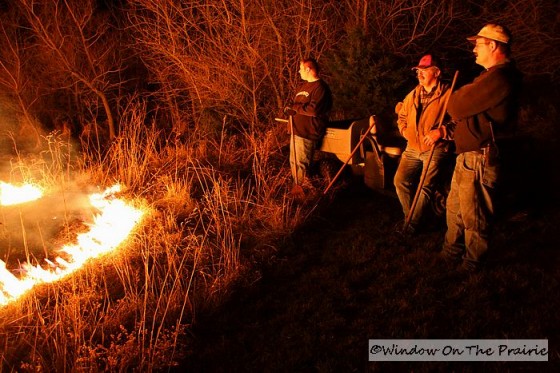 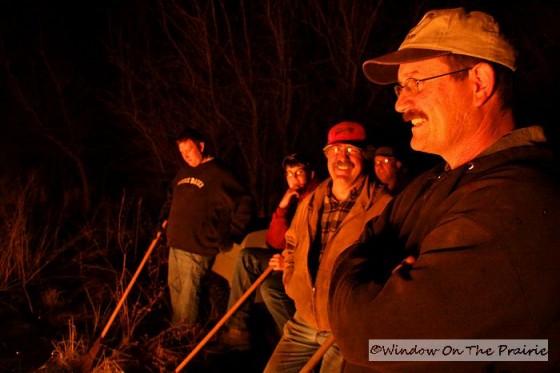