We’ve had a very dry and warm winter and spring here. Up until last Sunday, the field corn and soybeans were looking pretty bad, as were the pastures. Harland was hoping the corn would get tall enough to at least cut for silage to feed the cattle as they were running out of grass. Every day we hoped for rain that didn’t come. The corn had grown to about knee high and then stopped. Each day we watched as it turned a whitish-green in the sun and the leaves curled. The soybeans had germinated but then stopped growing too, at about 2 inches high. Every day that passed without rain was one day closer to the corn turning brown and dying.

We had been a month without rain when finally last Sunday, the weather radar showed a storm approaching from the west. But would it reach us? As the afternoon wore on it clouded over. Harland wanted to go west to watch the storm as it built up strength so we hopped into the truck to go storm chasing.

About an hour west, we found ourselves in Winifred, Kansas, one of those towns that used to be a town. 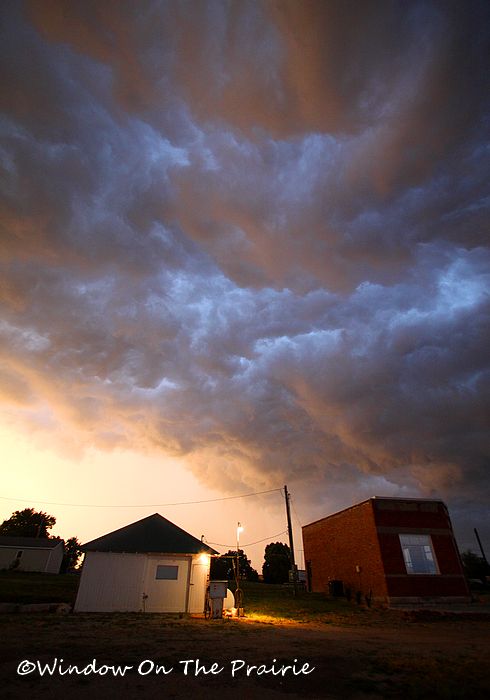 All that’s left is an old bank building, 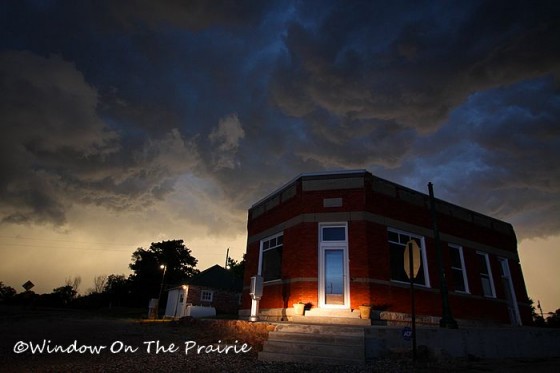 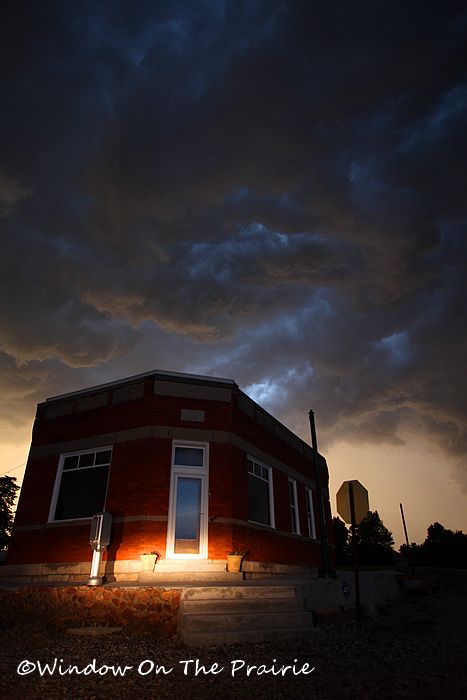 and a gas station. 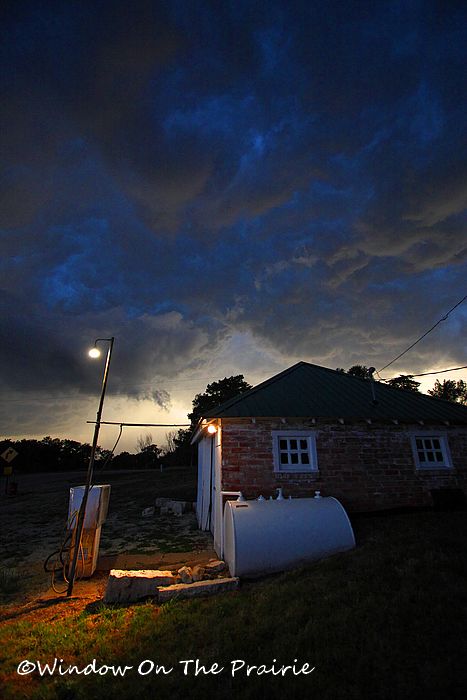 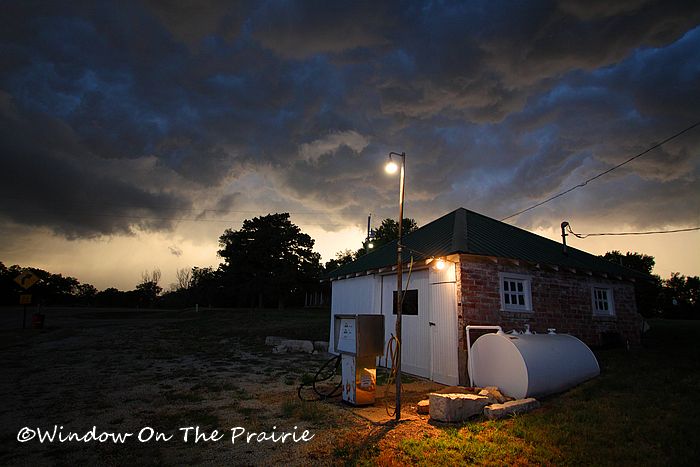 As the raindrops began to fall on the dusty ground we jumped back into the truck and drove east out of the rain towards home.

That night I heard the raindrops hitting the roof, and got out of bed to watch them fall and water running down the driveway. We got about an inch of rain, a definite boon to our spirits. In the following days, the corn exploded upwards a couple feet. The beans grew a few inches and the smaller pastures near home began to green up and grow.

And yesterday afternoon, we received yet another inch. The corn has begun to tassel and make ears. What a blessing!

But the summer pasture about an hour south of us where the majority of our cattle herd is spending the summer has yet to receive any rain. The grass is drying up and the spring that provides their water supply is not keeping up with their demand. The herd usually stays at the summer pasture until October, but we may have to bring them home early and feed them in the lot. Our hay crop is about half of normal, so Harland baled the wheat straw after the wheat was harvested, and we’ll use the straw to feed the cattle along with grain and hay. Normally we use wheat straw only as bedding as it has low nutrient content. If we do bring the herd home early, the calves will be pulled off the cows and sold directly instead of waiting until next January. They only weigh about 300 pounds now, about half what they will weigh in January. Since calves are sold by the pound, that means our profit will be cut in half.

We are very grateful for the rain we’ve received so far, and continue to hope for more. But our most pressing need is for rain at the summer pasture.