I’ll continue with our road trip later this week, but first I want to bring you up to date on our cattle working facility:

A lot has happened since my last post about our new facility.  Not only did we finish building it, but we brought the cattle home and worked them in the new facility for the very first time. (I wanted to update you along the way, but we’ve just been so busy.)Come along now and see what’s happened over the last week or so:

After the last concrete pour, we waited a few days, and then removed the forms. Harland then spent lots of quality time welding steel pipe to the posts to create the sorting pens and alley, using the cutting torch to hang the gates, 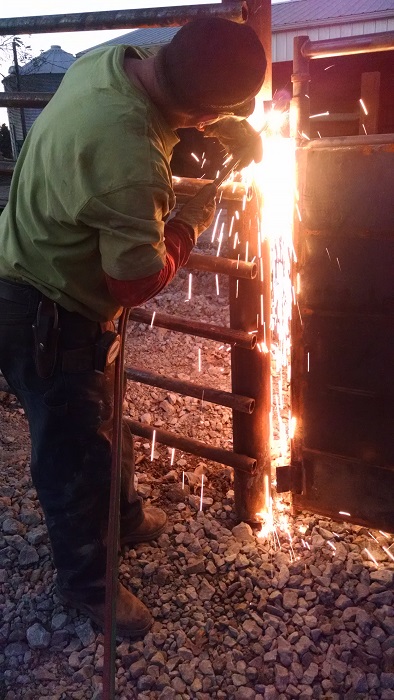 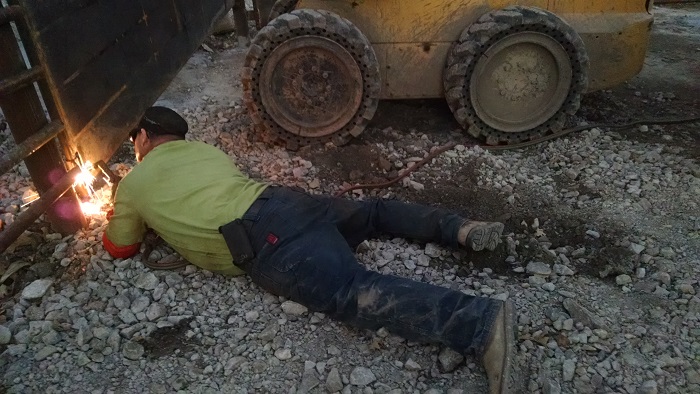 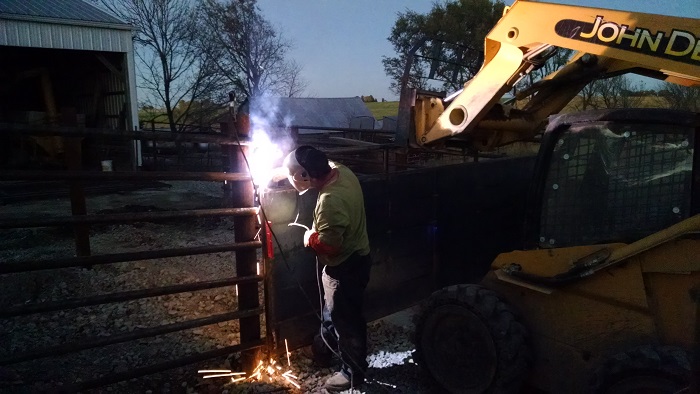 The skid steer loader was invaluable for this entire project: 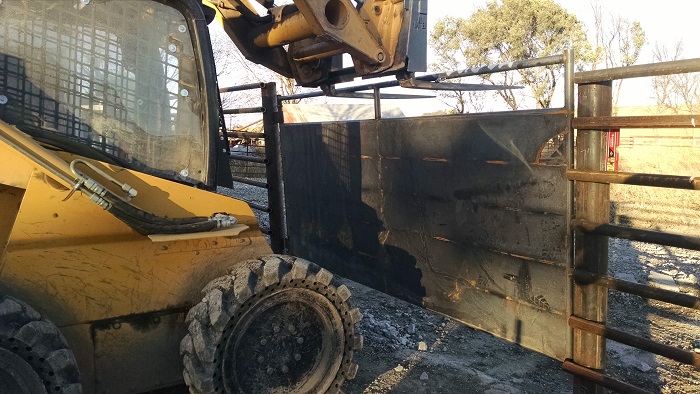 He also made a daily trip the summer pasture to call the cows into the sorting pens there. This is done for a week or so leading up to the day the cattle are rounded up into the pens for the last time before moving. Calling them in repeatedly and feeding them grain and alfalfa as a treat once they reach the pens ensures that they will all come in when it’s time to load them onto the trucks. (Here’s the roundup from 2013, including pics and video)

So, for Harland, the last week of October was spent welding all day, and making the hour long trip to the summer pasture to call in the calves, returning home about 8:30 each evening. On Friday, October 30, Harland called them in for the last time and closed the gate behind them.

Harland, Gerald(His brother), and I started for the pasture early the next morning, leaving from our house before sunrise. Once we arrived at the pasture, we sorted the cows from the calves into different pens, 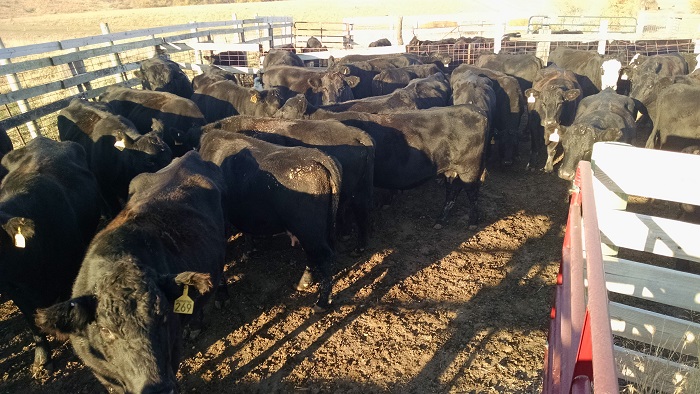 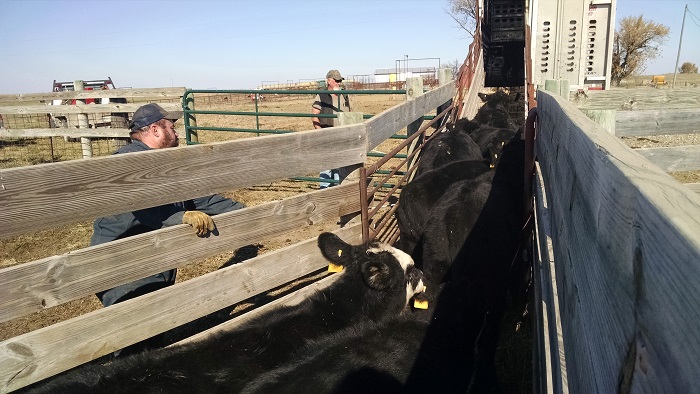 (Here’s a video of loading our cattle onto the trucks from 2013.)

Then the trucks headed home with our precious cargo. An hour or so later, they arrived safely, and everyone was unloaded. 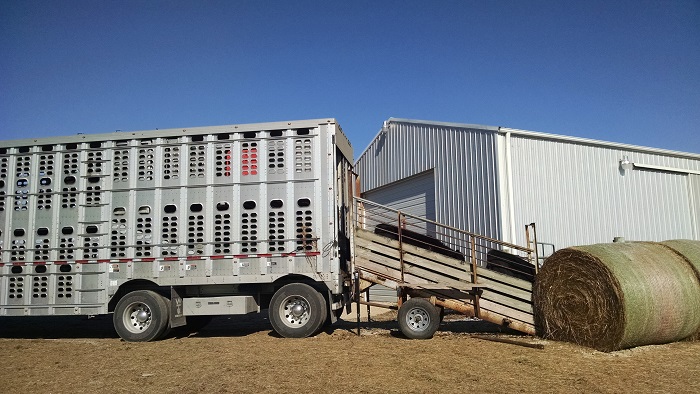 (Here’s a video from 2013 showing the herd being unloaded from the trucks.)

While we were unloading the herd, I noticed a puddle of water in the yard in front of the old farmhouse. I got a wrench, told Harland we had a water leak, and he reached down to the water meter to turn the water off. 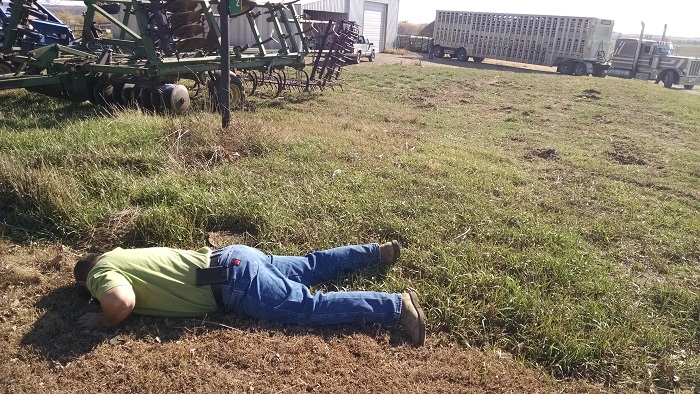 Finding the leak and fixing it is a job for another day. The cattle waterers all use well water, so it’s not an emergency.

Then we paid the truck drivers, and Harland put his welding cap back on and continued working on the facility. We would need to be using it in two days, and there was still much to be done, including hanging the rest of the gates and welding pipe onto the posts. 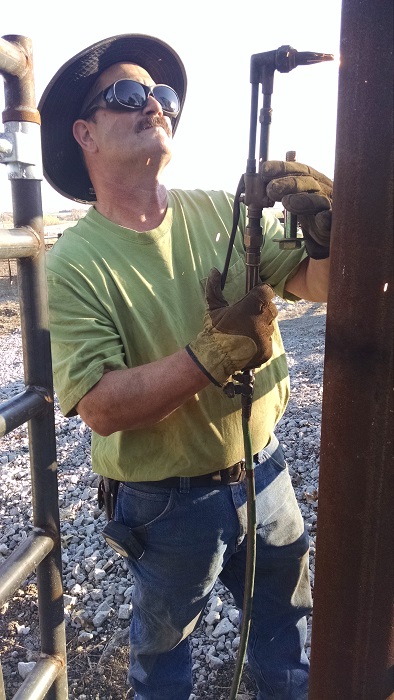 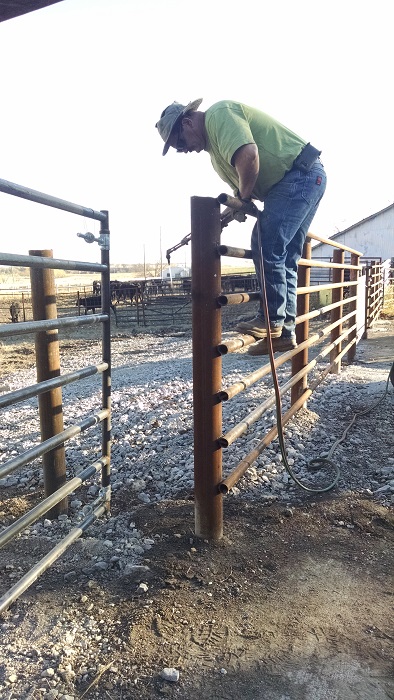 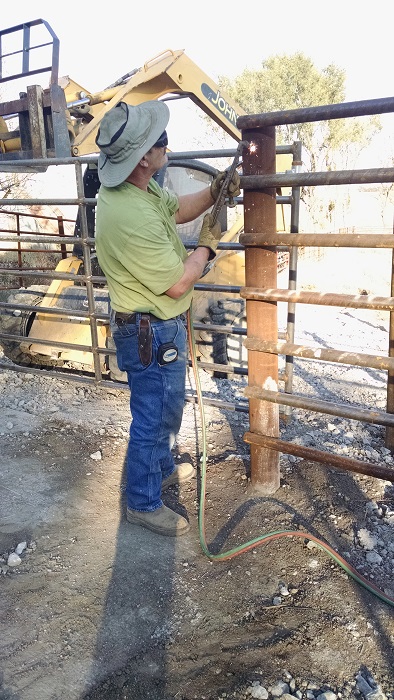 Here, Harland welds steel pipe while the cows watch from the adjoining lot. 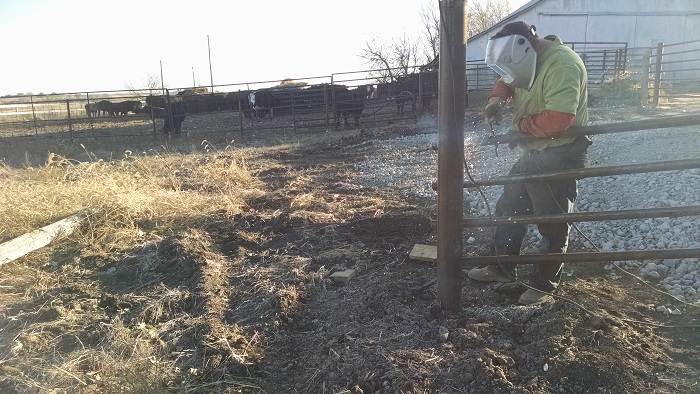 “What are the humans up to now?”, they wondered.

Here are pics I took Sunday evening as Harland put the finishing touches on the facility: 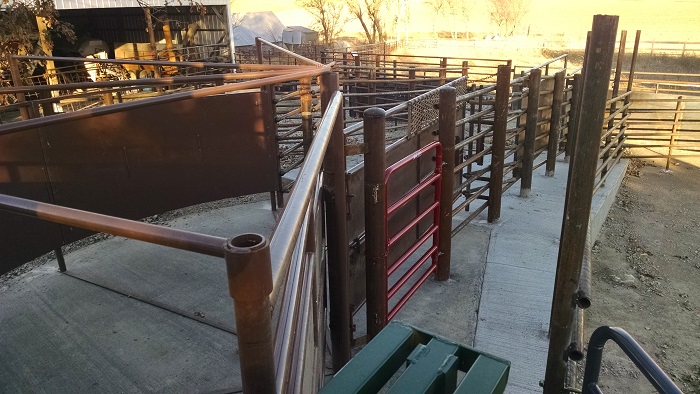 Here’s the adjustable alley: The sides can be moved in or out to accommodate either large cows or skinny calves. 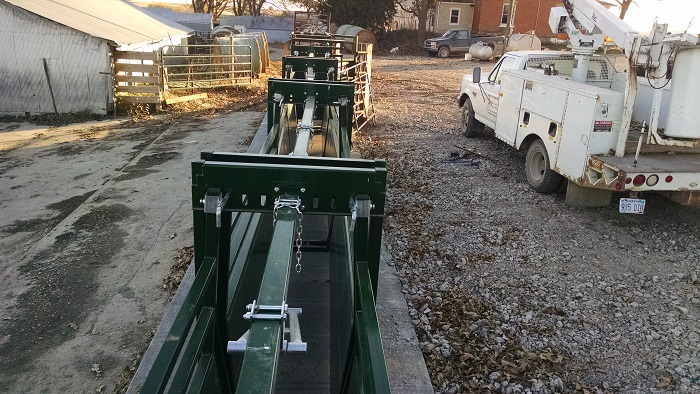 Here’s another shot of the crowding tub: 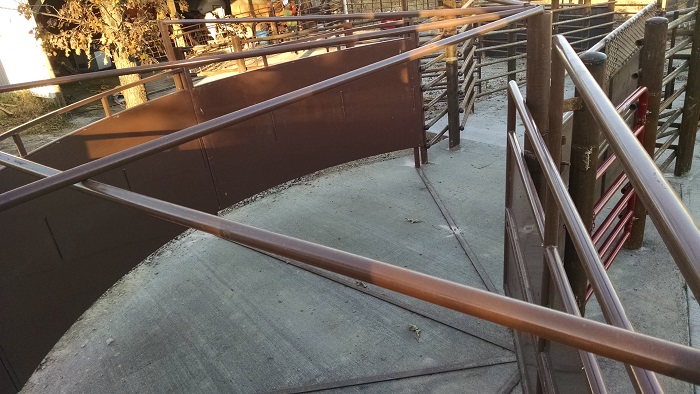 The alley leading to the tub: 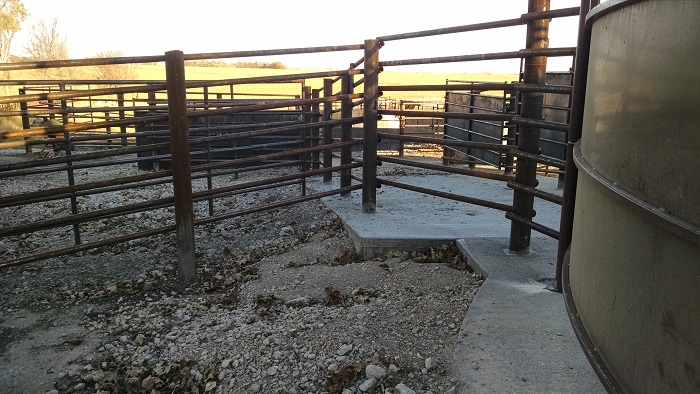 A view of the tub with the green adjustable alley: Livestock are moved into the tub, and then the gate on the left is slowly closed towards the animals leaving them no choice but to go into the adjustable alley. 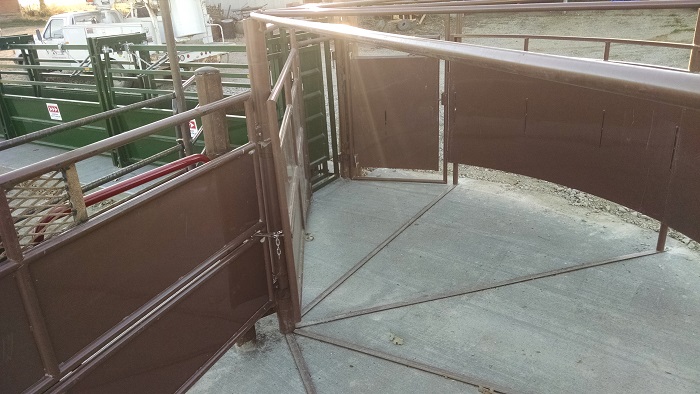 Here’s a look at the alley that leads to the tub, with the sorting pens off to either side. Animals can be moved into the ally from either of the pens. 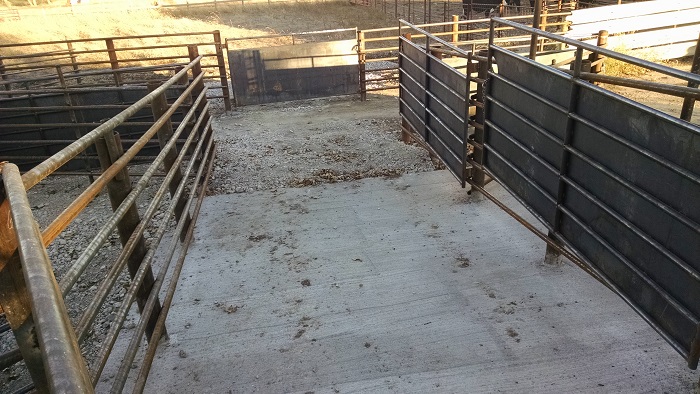 Here’s one of the sorting pens: 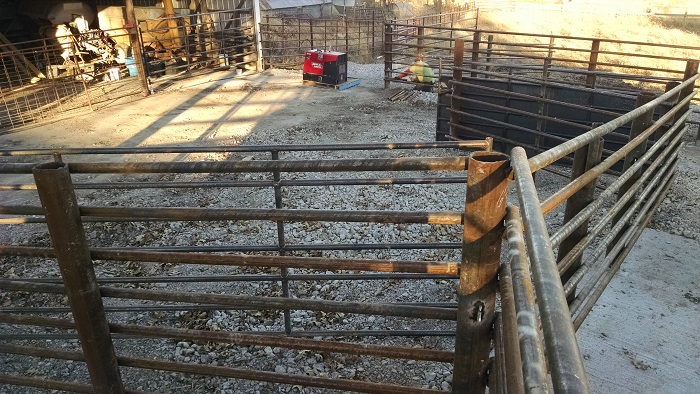 Another look at the alley, this time looking toward the crowding tub. 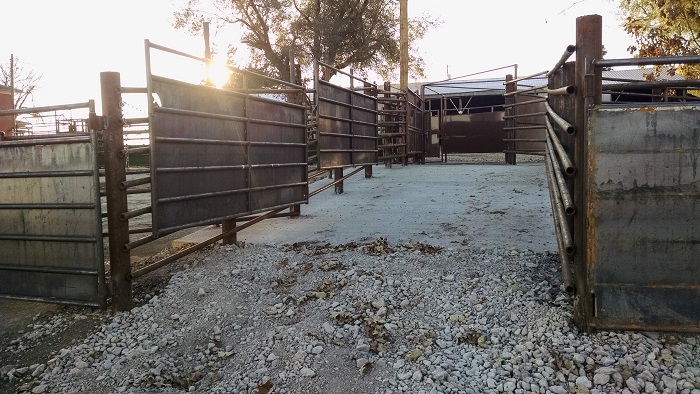 Here’s the other sorting pen: 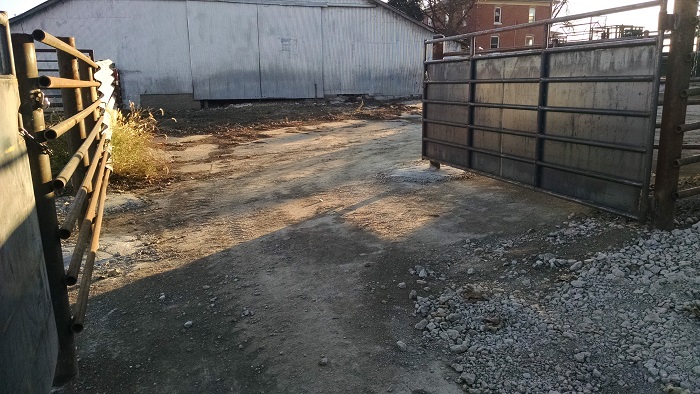 Did the cows know what we had in store for them the next day? 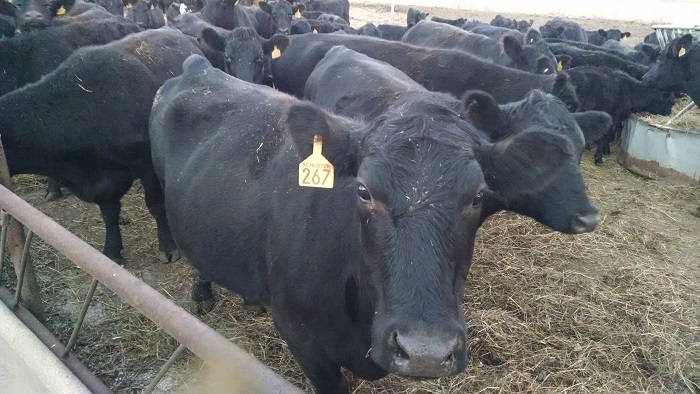 Did we know what surprises the cattle had in store for us?

The herd has a surprise for us, the bulls are no help, a homicidal cow targets Harland, an equipment failure, and much much more!