Last weekend, we were on our way home from a trip to the southwest corner of Kanasas. A few hours from home we were going through the tiny unincorporated town of Rice when we saw a sign indicating an old stone bridge. So we followed the signs and finally the road deadended right front of an old limestone arch bridge. We climbed down the creek bank and then walked along the muddy creekbottom a little bit to better view the bridge. 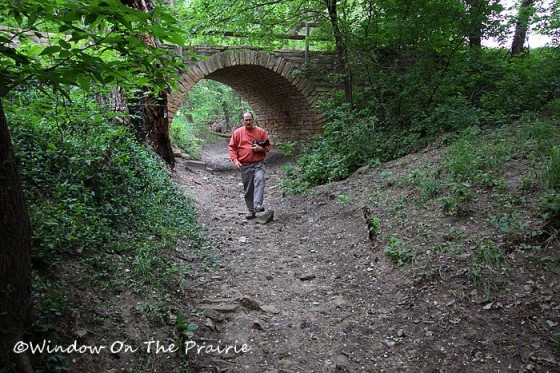 A placard stated that the bridge was built in 1899 for $220.  At the time the bridge was on the main road, but in 1920, a new main road was built a couple hundred feet south. The old road with the bridge was still used though until about 1950. In 1904, and again in 1950, floodwaters damaged the bridge and it was finally closed to vehicle traffic in 1950. 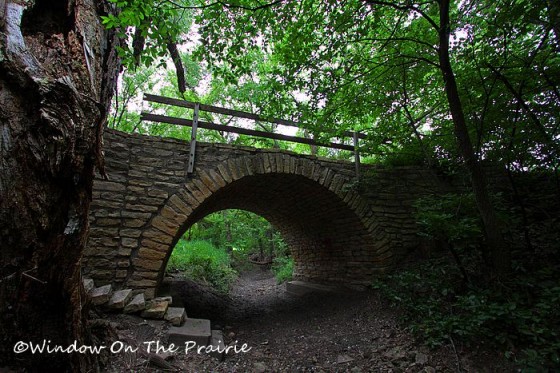 It continued to fall into disrepair until 1990 when a grassroots effort began to restore the bridge. Donations of money and labor restored the bridge to its former glory.

We spent about a half hour carefully walking the muddy creekbed taking pics of the bridge, 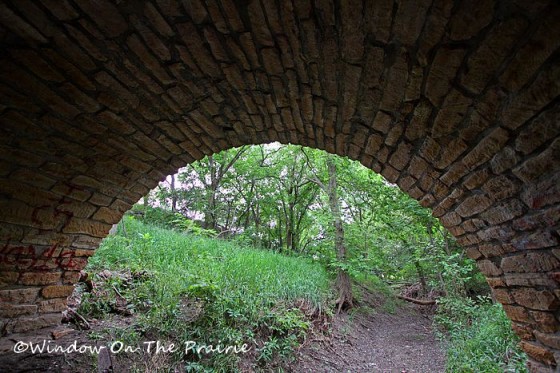 The underside of the bridge

and then I make one misstep, my foot slipped in the mud, and my feet went out from under me and I landed in the mud. It was soft, so no harm done, but the back of my jeans were coated with mud. 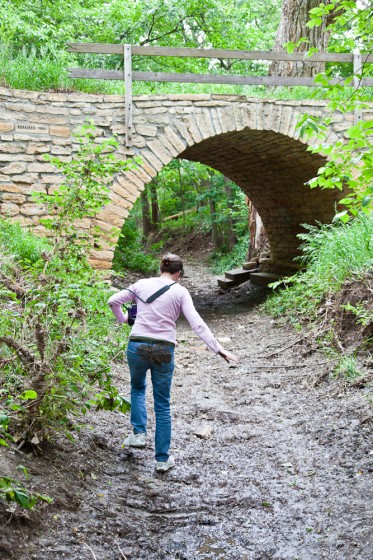 I scraped as much of it as I could off by rubbing my backside along the bark of some trees. (There’s a mental image for you!) But there was no way I could get back in the truck. So we pulled my suitcase out, and I changed clothes right there near the bridge. Thankfully there were lots of trees around for cover and no one else was visiting the bridge at the time. A clean t-shirt and skirt later, we were on our way again down the road.

If you find ever find yourself in north central Kansas, stop by to see this lovely old bridge. 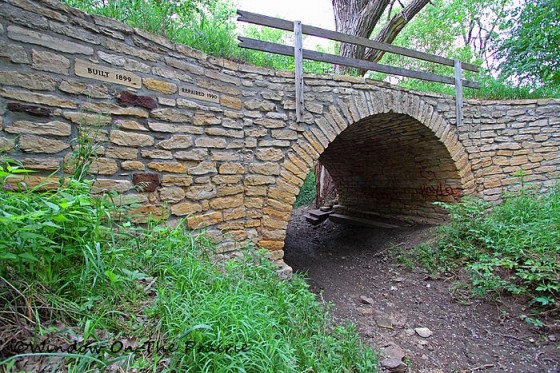 Click here to see a map. To get to the bridge turn north from Route 9 on North 200 Road. Go one block, then turn right and the street will dead-end at the bridge.

And be careful if there’s mud.