A Steer’s Trip To The Barber 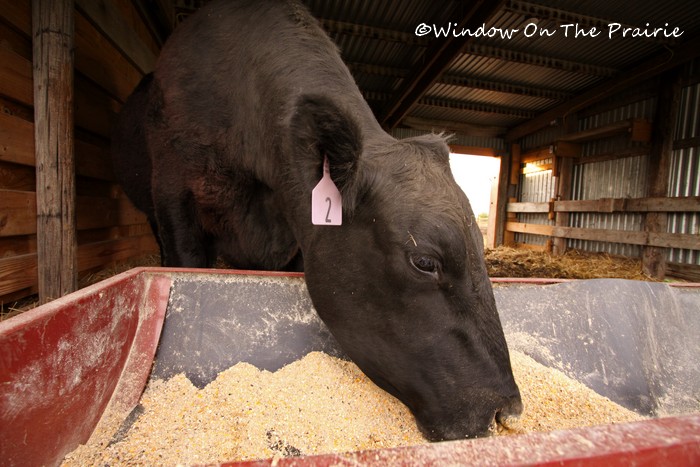 Remember “A Cow’s Trip To The Beauty Parlor“?

Well, now we have a steer that will shortly, a’hem, be taking a trip to the barber for a shave and a haircut, so to speak….

Or maybe he won’t.  Lucky didn’t get his name because he’s had an unfortunate life.

You see, when we have calves, we wait until they are a year old before selling them at auction. We always keep back 10-12 heifers (girls) to be used as replacements for any cows that have to be culled that year. Meanwhile, the bull calves are castrated, at which point they are referred to as steers, and then all of them are sold at the auction. So a couple springs ago, Harland picked out the heifers to keep, and then turned them out to grass to be bred by the bull that summer. When fall came, everyone was rounded up, and the vet was called to preg check the cows and heifers to see that everyone had been bred and how far along they were.

So the vet is sticking his arm up the backside of each of the cows and heifers one by one, and all is going along fine until he gets to one particular heifer and stops-

Somehow, when the heifers were held back from the sale the previous spring, we held back one of the steers as well. He should have gone to the sale,but it was too late now. Geez, how embarrassing.

A steer is a pretty worthless animal to a cow/calf operation like ours. Because he’s been castrated, he can’t sire any calves, and since he’s not a cow, he can’t get pregnant. So we decided to butcher him.

Last summer, he went out to pasture to grow a little larger. It was our intention to butcher him last fall, but with the drought last summer, and then the busy fall harvest, and then our snowy winter, we just didn’t get around to it. So now, he’s grown pretty large, bigger than is typical for butchering. Steers are usually butchered at 15-18 months old and about 800 -1000 pounds. Lucky is now over 24 months old and about 1200 pounds. 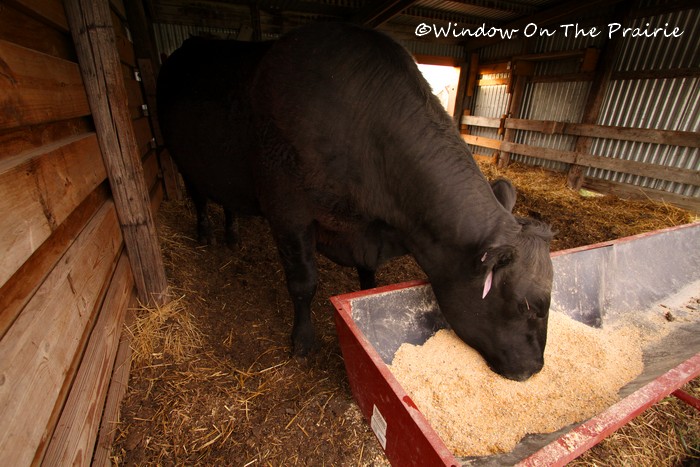 A couple weeks ago we started him on 4 gallons of grain per day to add marbling to him, so he’s gaining more weight every day. 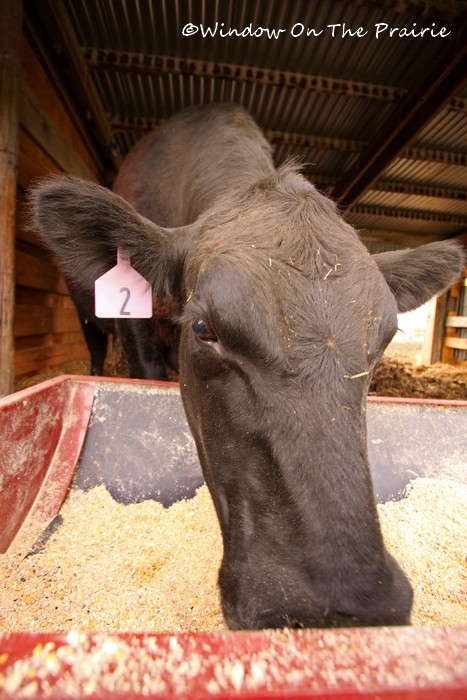 “Mmmm…so tasty. Why didn’t you feed this to me before?”

What he doesn’t know is that achieving marbling only takes about 40 days. After that, …he’ll be going for that “shave and haircut”.

But who knows, he’s led a charmed life so far. Maybe the truck will break down and we won’t be able to haul him to the “barber”.  Maybe a giant comet will hit northeast Kansas bringing on another ice age and we’ll be too busy shoveling snow to take him on his last trip.

With Lucky, anything is possible.