Day before yesterday, Harland filled in the trench for the electric line. Good thing he was able to do that when he did as it has rained twice since then, or maybe 3 times, I’ve lost count. At any rate, the yard is a muddy mess now. But Harland forged ahead yesterday and in between rain showers, he and his brother Gerald put in the forms for the front sidewalk and patio. 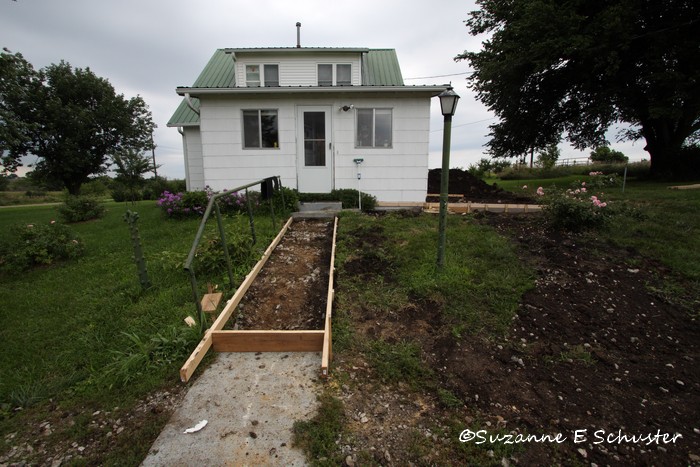 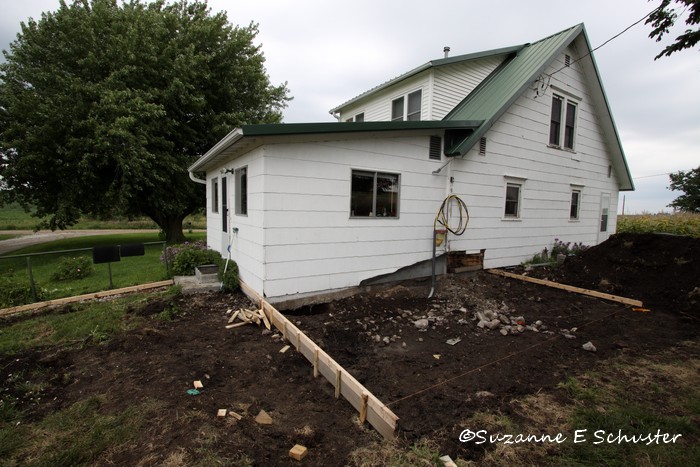 After the patio is poured, another sidewalk will be framed and poured that will run from the front door alongside the patio and out to the shed.

And remember our puzzlement about this space under the foundation? 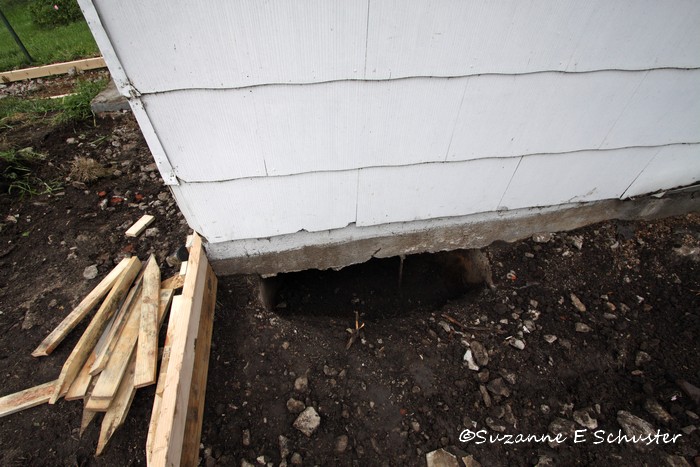 After some brainstorming, we’ve decided it’s probably an old cistern or acetylene tank that would have been used for an early lighting system. Looks like they had filled it in and some settling occurred afterward leaving a gap. 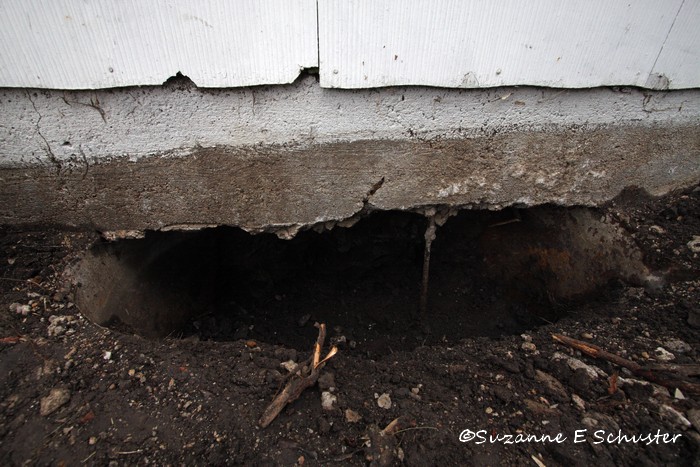 Harland is going to fill it in with concrete today.

He’s also going to lay some gravel in the sidewalk and patio area as a base for the concrete.

Later, when the mud dries out, he’ll bring in the tractor with the bucket and move some of our yard away from the patio so rainwater will run away from that side of the house from now on.