Kitty On The Hunt

I’m going to tell you a secret. But you can’t tell anyone. Promise? Ok.

You know we live in an older home with an even older foundation, think late 1800s.  We don’t live down there – we just store stuff. And the foundation is make from limestone blocks. And there are gaps in between. And we try to patch the gaps, but hey, the foundation is shifting back and forth all the time. There are gaps big enough for mice – but they stay in the basement and eat the poison we put out for them so we don’t see them. But that’s not the secret. 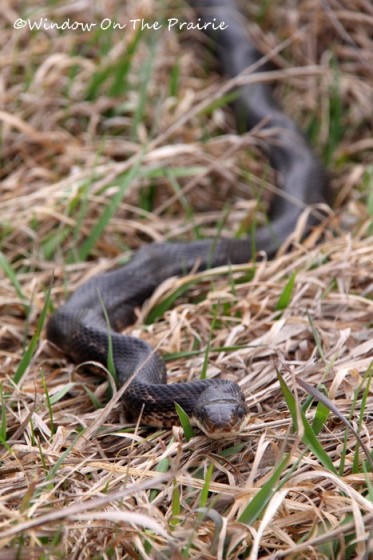 Mrs. Blacksnake…….Now don’t freak out on me!

The Mrs is smart enough to stay in the basement and not come upstairs. She’s been around for years and is probably good at getting the mice down there. Once a year we find a snakeskin shed by the Mrs.

“My how you’ve grown, Mrs. Blacksnake!”

But the big drawback to having the Mrs. around is that she likes to have her kids – in the basement.

And the kids are not smart enough to stay downstairs.

A few of them tend to come upstairs in the early spring. Two or three of them each year. In the pre-Kitty days, Harland would most often find them in the bathroom.

I love the story he tells about when he was in the bathroom one day taking care of business and he saw something move out of the corner of his eye – right at eye level. He turned to look and there was a baby blacksnake hanging from the shower curtain.

Twelve inches from his face.

And he was sticking his tongue out at Harland.

What I wouldn’t pay to have seen that.  Anyway, out came the trusty pliers, and baby snake was taken outside.

Now, since the arrival of Kitty six years ago, any worries about baby snakes hanging from shower curtains are but a distant memory. 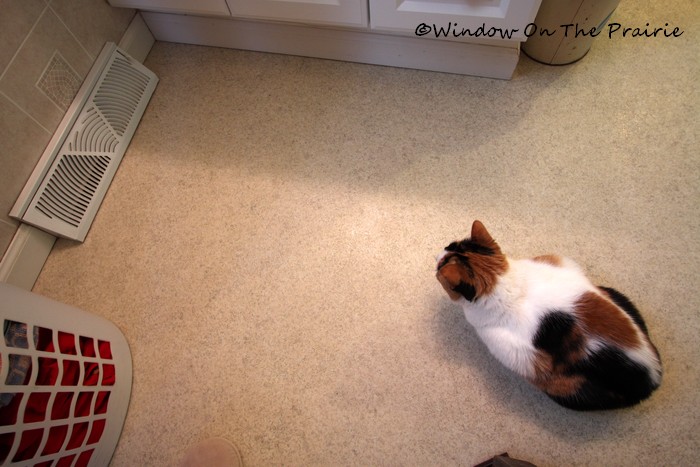 Kitty is always on the lookout for them. 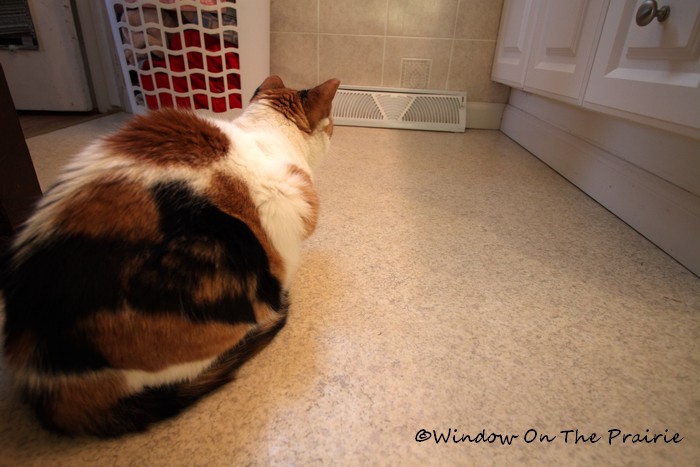 And when she finds one?

Well, let’s just say she likes to leave her mangled trophies in the middle of the floor.

We call Kitty our little Snake-Killer. 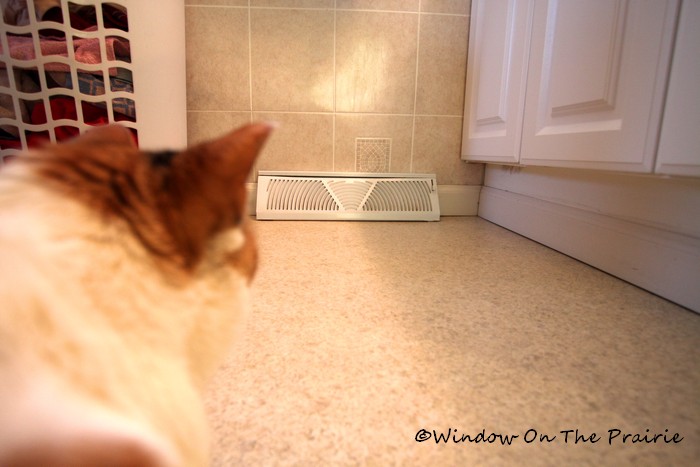 Our Vicious Predator. Our Hero. 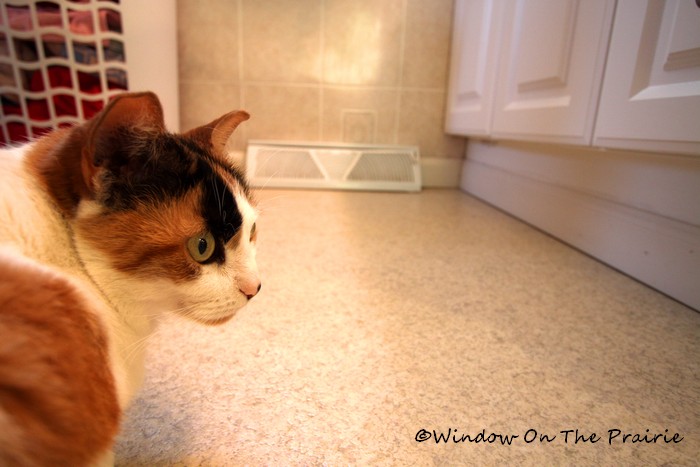 “I would like to have fresh warm cream in my dish from now on, instead of that crappy cold 2% milk you keep giving me.”

Tags: Kitty On The Hunt