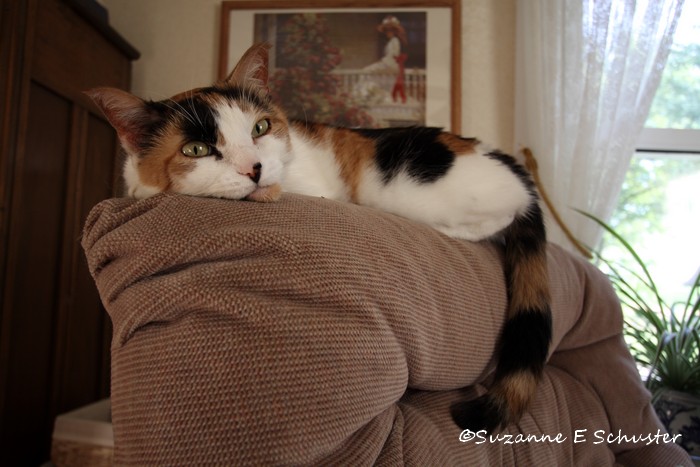 Kitty’s feeling a little better this evening. She’s had some catfood and drank some milk, the first time she’s drank anything on her own in almost 2 days. We’ve had to feed her water with an eyedropper to keep her hydrated as she wouldn’t drink anything on her own.  She’s more bright-eyed than she has been and more aware of what’s going on around her.

I just checked on her and found her eating more catfood. Yay!  She still has a fever and I won’t breathe a sigh of relief until her fever breaks, but I do think she’s on the mend. Her meow is kinda raspy and pitiful, and she sounds clogged in her nose, so we’re thinking respiratory infection. Poor Kitty. Glad we got the antibiotics for her when we did.

Kitty says to tell you “Thank You for all your kind wishes, thoughts, and prayers”. 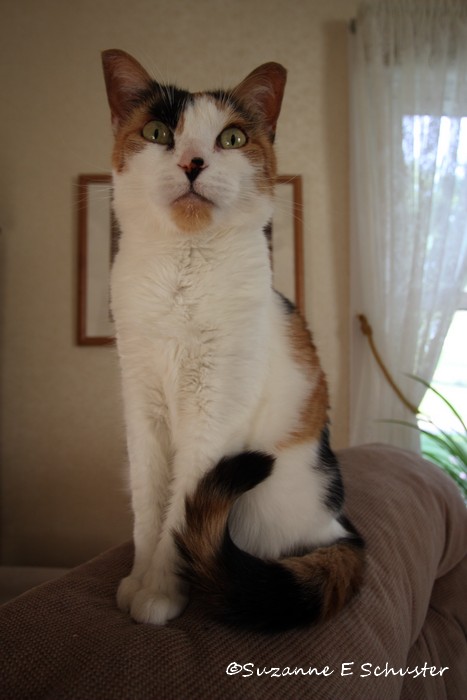 She says “you’re all a bunch of really nice, thoughtful humans”.

(And that’s saying a lot considering how much disdain Kitty has for the human race.)